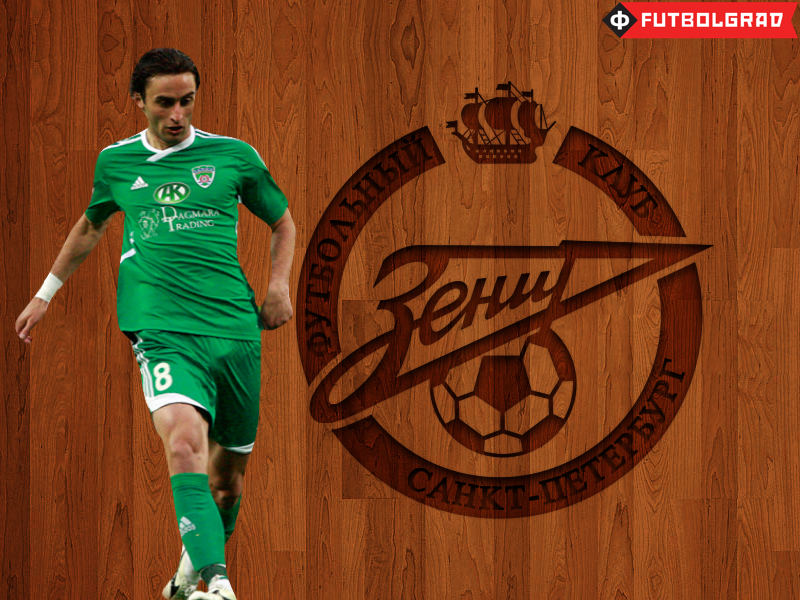 Maurício – From Terek Grozny to Zenit

Zenit Saint Petersburg have made their first major signing in the winter transfer window as they have acquired the Brazilian defensive midfielder Maurício, who is valued at €5 million according to transfermarkt.de, from league rivals Terek Grozny on a free transfer. The Brazilian has played 17 games for Terek so far this season scoring three goals and one assist, and Terek were unable to extend the player’s contract after it expired on December 31, 2015.

Maurício, who was also linked to the German Bundesliga side Schalke 04, has signed a contract that will run to the end of the season. The unusual expiry date of Maurício’s contract—most contracts expire on July 1—is due to the fact that the Brazilian had been part of Terek Grozny since the 2010 season when the Russian Football Premier League still ran on the old March to November schedule.

Maurício has lived in Russia for more than five years, and it is understood that Zenit would be interested in pursuing Russian citizenship for the midfielder if they choose to renew the contract with him in the summer—Maurício already speaks Russian, which would help him in the naturalization process. Yet the naturalization process can take time, and leaves a major question mark over the players status come next season.

For the short-term, the acquisition of Maurício is understood as a measure to strengthen the clubs bench in anticipation of a title push in the RFPL, but also for the Champions League where Zenit hopes to go deep in the competition—the club will be facing Benfica Lisbon in the round of 16. The club has never made it past the quarterfinal round, and encouraging results in the group stage—where Zenit won five out of six games—has sparked a sense of optimism at the club that Zenit could go all the way in the competition.

This is of course if Zenit is able to hold on to all the key players in their squad during the winter transfer window. After all Maurício plays on the same position than Zenit’s Belgian star midfielder Axel Witsel, who has been repeatedly been linked with the Italian Serie A clubs AC Milan, and Juventus Turin. Yet it seems unlikely that Witsel would leave in the winter, with a summer transfer being a much more likely scenario.

A summer departure would leave Maurício enough time to integrate into Zenit’s squad. But Zenit’s short term signing could also be linked with the fact that Schalke refused to negotiate with Zenit over a transfer of Roman Neustädter. Neustädter, who is expected to be naturalized soon, had been strongly linked to the Russians but Schalke coach André Breitenreiter told Futbolgrad after Schalke’s Florida Cup game against Atlético Mineiro that Neustädter “will stay!” When asked whether Neustädter would extend his contract Breitenreiter replied “we are talking.”

Zenit might, however, offer Neustädter a deal in the summer that Schalke won’t be able to match. Meanwhile, Maurício will do everything to cement his place at Zenit regardless of what happens to either Neustädter or Witsel.