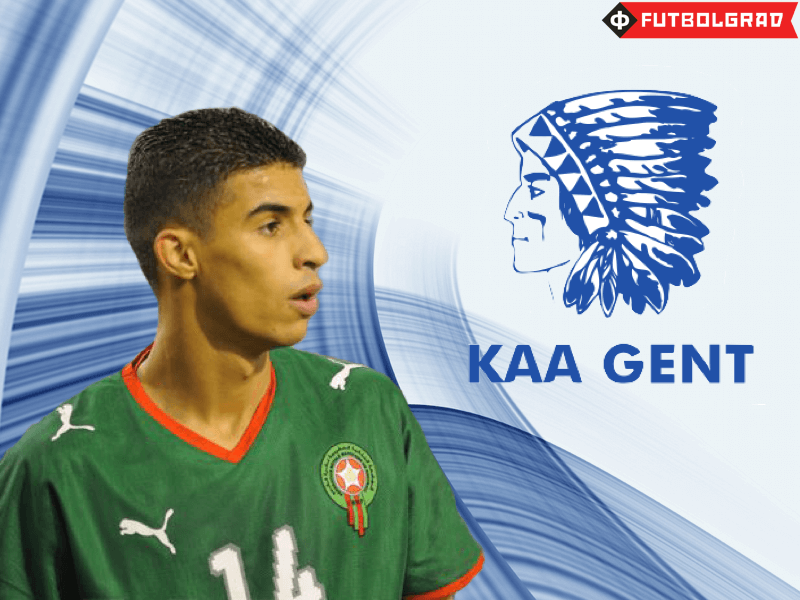 On Monday, minutes before most transfer windows across Europe closed, Mbark Boussoufa ended his stagnant spell at Lokomotiv Moscow, albeit it temporarily, by rejoining his former club KAA Gent on loan. Not for the first time in the 31-year-old’s career, has he signed forms in the closing moments of a transfer window, and as he stepped out of his sparkling white Bentley he was all smiles as the media captured the return of the three-time Belgian Player of the Year. The pictures, however, documented a rare sighting of Boussoufa in recent times. 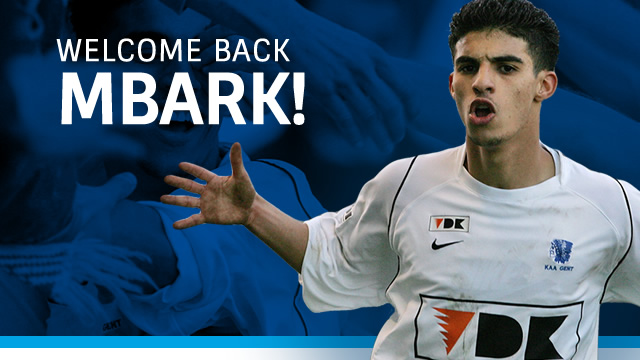 The fact that the Russian Premier League’s eight-highest paid player has been given 45 minutes of playing time all season, and has not been included in a single matchday squad for six months, means his departure has been inevitable for some time. The only missing piece of information, with clubs across two continents rumoured to be interested in the Moroccan-Dutch playmaker. was his destination. That fact is now briefly in place.

Perhaps it is not entirely accurate to say that the club he would represent was the only unanswered question about Boussoufa. Controversy has rarely been far from his career ever since he joined the world-renowned Ajax youth academy just over 15 years ago where he developed alongside Wesley Sneijder and Nigel De Jong. While his temperament has always been unstable, his precocious talent has never been in question.

Weeks before Boussoufa made the journey to Russia to join Suleyman Kerimov’s dizzying Anzhi Makhachkala revolution in 2011, Johan Cruyff was reported by the Belgian newspaper Le Soir as saying, “He was developed by us. That he left is because Ajax failed at the time.” That one of football’s most individualistic geniuses recognised the artistry in Boussoufa’s footballing mind is an enormous compliment, but the fact that Cruyff gave it greater importance than his attitude hints at the root of Boussoufa’s problems.

At Ajax, the 1.67m midfielder was in the ideal environment to blossom mentally without the pressure on his physical development. Sneijder is only 3cm taller, and yet by the time Boussoufa had made his first senior first team appearance anywhere, Sneijder had been awarded the Johan Cruyff Trophy for Holland’s best player. Danny Blind was the director of the Ajax Academy at the time when both were still aspiring talents, and he grew frustrated at his potential star throwing his prospects away due to an unworkable attitude.

While his peers were being trusted with promotions to Jong Ajax and even the first team, Boussoufa was demoted to the A2 squad (below the Jong Ajax and A1 squads) to try and force him to commit and prove himself. When Chelsea spotted him at a youth tournament in 2002 as an 18-year-old, the decision was made to allow him to leave. 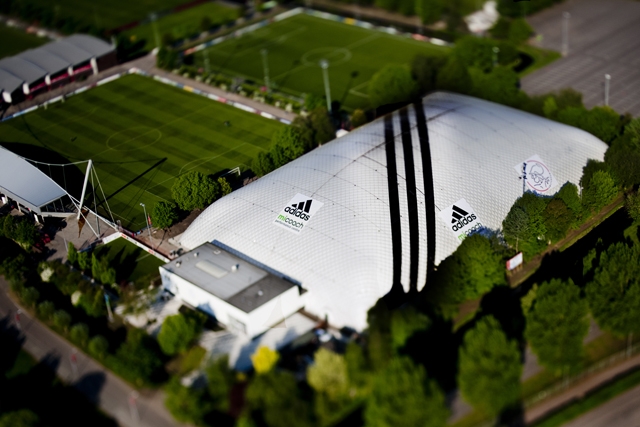 The West London club could have been the making of him but, within a year, Roman Abramovich’s billions rolled into town, and with it an upheaval of playing staff. In came the vast experience and quality of Juan Sebastian Veron, Scott Parker, Geremi, Joe Cole, Alexey Smertin and Claude Makelele, and it became clear that the route to regular playing time was too congested, so Boussoufa returned to the continent and Belgium’s Jupiler League.

Keen to make up for lost time, he won both the Young Player of the Year and the Player of the Year awards in his second season, which earned him a move to the Belgian powerhouse Anderlecht. His electric form saw him score an astonishing 48 goals and assist a further 72 in five seasons, and eventually his big break came—but not where one would have expected.

Boussoufa and Anzhi Makhachkala – A Failed Experiment in the Caucasus

One problem with investment on the scale of Anzhi five years ago is that many transfer targets were immediately branded as greedy and morally bankrupt—a brush with which Boussoufa was tarred. A club that had finished three points above the relegation zone but, within half a year, was paying one of the world’s highest ever salaries to Samuel Eto’o and had to struggle to convince anyone of its natural appeal; not that Kerimov, or Boussoufa for that matter, cared one bit. Aston Villa and Hamburg were among a host of clubs rumoured to have been interested in his signature, but instead he chose to join the intoxicating madness that was rapidly expanding in the Caucasus.

Disregarding the incredible statistics, what was all the fuss over Mbark Boussoufa about? Speed of thought is a rare quality, which when possessed in abundance, sets apart the gifted players from their peers, and this is something Boussoufa has in spades. Dennis Bergkamp graduated from the same academy as Boussoufa under the watchful eye of Cruyff a decade earlier, and in the current Ajax assistant manager’s biography, he offers an insight into the unique mindset of Dutch football under its greatest master. “His character and philosophy has shaped us,” he wrote in his biography Stillness and Speed. “Dutch players are adventurers… We want to do things our way. We say ‘I know what I can [do], I know what I want and I know what to do’. This is not arrogance, but self-consciousness. It is a Dutch trait, perhaps very much a feature of Amsterdam, and Cruyff has it in the strongest degree.”

This deadly combination of vision and confidence is inherent in everything Boussoufa does, and when his ego is being fed, there are few players who can match his impetuous bravado and artistry with the ball. He cannot be accused of being an entirely selfish player, given his impressive assists record, but sometimes his cockiness can overflow to the detriment of his team.

From Anzhi to Lokomotiv – Stagnation in Moscow

After scoring only his second league goal for Lokomotiv the club he joined following the collapse of Anzhi’s grand plan, he wheeled away to celebrate his side’s third and ultimately match-winning strike. This was not unusual, except it is telling to watch the nature of the goal and the team’s subsequent celebrations: Loko had broken away with only Stanislav Manolev defending, as Boussoufa raced down the left to support Maicon. The two attackers exchanged a simple one-two, by which time Alexander Samedov had caught up. As Maicon unselfishly squared the ball to Boussoufa, the gilt-edged chance was gleefully snapped up by the man who had set up the Brazilian in the opening moments.

Samedov looked over to Maicon with a simple raised arm salute, as the provider half-leaped in the air as he watch Boussoufa race off in the opposite direction, seemingly in a world of his own. Samedov and Maicon embraced each other while the Moroccan international didn’t think to acknowledge the effort his team-mate had made to his moment of glory. As it turned out, he wouldn’t score another league goal for the remainder of his Lokomotiv stay, a stretch of 27 appearances and over two years.

Now that he has returned to the scene of his first regular spot in a senior side, where he won his first individual award, and where he scored his first senior goals, he is bound to regain some of his former confidence. As with many highly paid foreign imports, Boussoufa found the tightening of restrictions on non-Russians a burden, and with his attitude toward not being in the limelight and with Oumar Niasse stealing his thunder, it became clear that he wanted to leave.

A demotion to the youth team, his second such humiliation in his career, only worsened his prospects. Olga Smorodskaya told the press in October that offers had been received from Al-Ittihad of Saudi Arabia (reportedly on a $2.7 million a year deal) and a former club, Anderlecht, but the player’s financial demands had proven too high. At any rate, his current contract runs out in the summer, and it is inconceivable that he will remain in the Russian capital. It is often said that to return to the scene of previous glories is a mistake—in Boussoufa’s case, he is starting to run out options of where to see out his final years and earn one last paycheck.