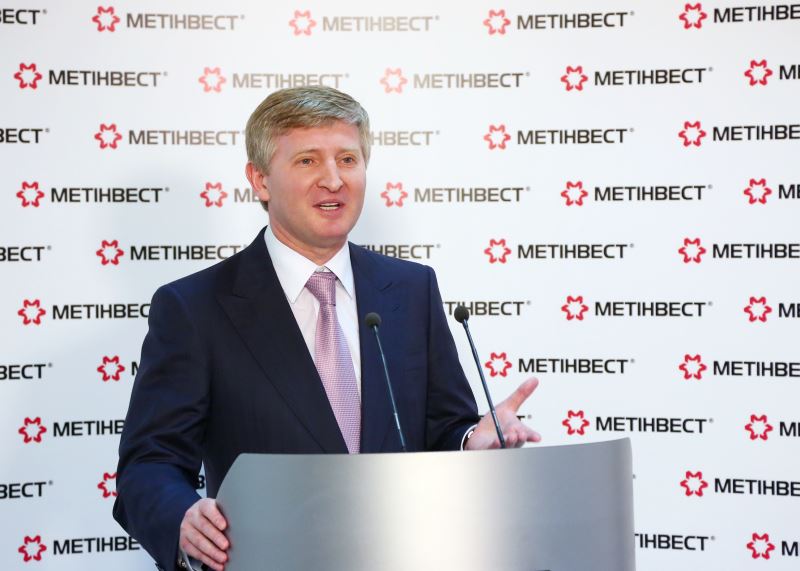 The poor financial state of Metinvest, which is located in the Donetsk and focuses mostly on coal and steel production in the Donbass, has renewed doubts about the finances of Shakhtar Donetsk’s owner Rinat Akhmetov. The latest financial crisis came at a time where things started to look up for Shakhtar.

Last week’s results in the Ukrainian Premier League saw Shakhtar defeat Chornomorets Odessa 5:0, while their closest rival Dynamo Kyiv dropped two points after a 2-2 draw against Zorya Luhansk. Dynamo and Shakhtar are now separated by only 5 points, and will meet head-to-head on April 26.

The fact that Metinvest is now in default (but not yet officially bankrupt), has lead to doubts about the financial future of the club. The company is part of Rinat Akhmetov’s gigantic SCM Holding, which owns 71.24% of Metinvest. Furthermore, Metinvest is listed as a premium advertisement partner of Shakhtar Donetsk, which allows them to be present on advertisement boards throughout the stadium. But the financial difficulties at Metinvest could now mean that the company will now most likely be forced to withdraw its advertisement agreement with the club.

Shakhtar has been owned by SCM since April 2006 when the club was transferred from Rinat Akhmetov and various other shareholders to SCM, which was able to take control of 99.998 per cent of the club (Akhmetov retained the remaining 0.002 per cent).

On April 9 Metinvest announced that it was forced to default on some of its debt obligations, and the company is now in talks with its creditors. The company released the following statement: “… The Group [announces] that it is currently in a payment default situation and [that it has] launched three consent solicitations to its 2015, 2017 and 2018 bondholders. The purpose of these consent solicitations (one per tranche) is to request a deferral of a 2015 bond principal repayment due on May 20, 2015 and waive certain existing and future events of default on the 2015, 2017 and 2018 bonds.”

Ukraine Today also reported that Metinvest saw the majority of its factories shut down since July 2014 due to the conflict. Furthermore, in 2014, Metinvest’s net profit declined by 2.5 times compared to 2013 – from $392 million to $159 million.

Technically Metinvest is not bankrupt and is instead in a state of financial default. It is therefore difficult to estimate the true financial impact of the default procedure at Metinvest on its holding firm SCM, and the impact on SCM’s owner Rinat Akhmetov. The financial difficulties at Metinvest, however, show that Akhmetov’s finances may continue to suffer due to the political uncertainty in Eastern Ukraine.

As Ukrainian journalist Oleksandr Tkach informed me there is no indication that Akhmetov would cut the budget of Shakhtar in the foreseeable future. Akhmetov will most likely try to sit out the current economic uncertainty. But the economic difficulties at Metinvest will put further strain on the club in its battle to retain the Ukrainian championship as players will be aware that the club may be in financial difficulties for the foreseeable future.