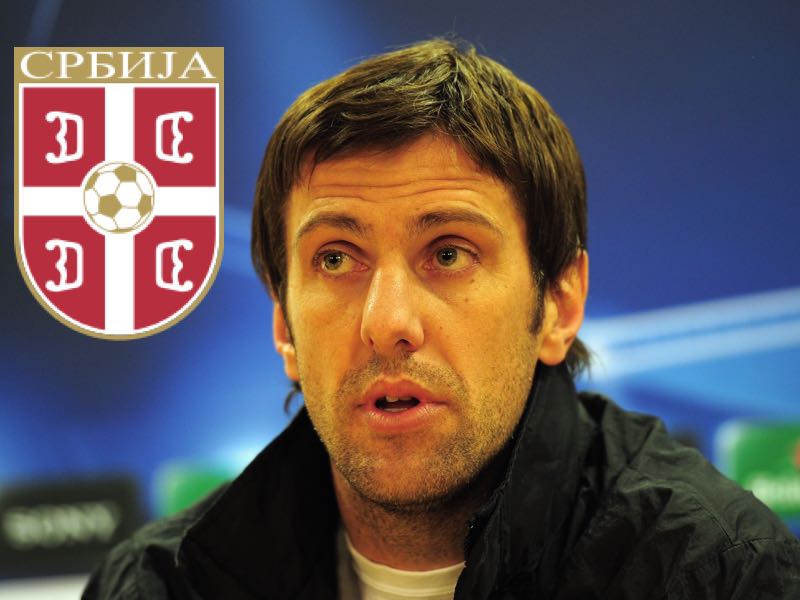 Mladen Krstajić – A Born Leader Aiming to Earn His Stripes

Mladen Krstajić has been appointed the new head coach of Serbia. But who is the new bench boss and what can fans of the Eagles expect from him?

A tumultuous time is behind the Serbian national team. The Eagles have long suffered at the international stage despite having a talent-packed unit at their disposal, a squad studded with world-class stars plying their trade at Europe’s biggest clubs.

Having long struggled to earn consistency both on and off the pitch, Serbia roamed heedlessly in their attempt to land a figure strong enough to sort out the undoubtedly talented squad which would chronically fall a victim of high expectations.

Slavoljub Muslin succeeded Radomir Antić and Siniša Mihajlović as the two most prominent names to have led Serbia over the inglorious period of Serbia’s most recent football history. Muslin was perceived as a combination of Antić’s experience and the much-required opposite of Mihajlović’s hot-headedness and temperament.

Having seemingly achieved a dream of a Serbian renaissance, the quiet genius paid a dear price for booking the tickets for 2018 FIFA World Cup in Russia, however. Instead of a customary engraved wristwatch and a gilded plaque as a thank-you gift, Slavoljub Muslin was shown his marching orders by the Serbian Football Federation (FSS) following a clash of opinion with the FSS president Slaviša Kokeza.

Less than three weeks after the historical success achieved in front of the crammed Rajko Mitić Stadium in Belgrade on the back of a mediocre 1-0 win over Georgia, Muslin was forced to pack his bags and leave his post – splitting the football community in half over such a decision.

Patting his back on the way out stood Muslin’s assistant Mladen Krstajić who would not have dreamt of how things would subsequently work out.

Two months of a headless headhunt and aimless media speculation resulted in Serbia caretaker head coach Mladen Krstajić being announced as a permanent solution and lauded as a right man to lead Serbia forward and onward – with the showpiece tournament in Russia standing as his most significant and first-ever managerial challenge.

Such a decision from the Serbian governing body proved one of two things – either the FSS are shooting in the dark or they are following a well-thought and long-term agenda successfully kept under wraps, that is supposed to bring the best out of Serbia’s emerging generation.

Lack of Direction or Visionary Approach?

Former Werder Bremen, Schalke and Partizan centre-back Mladen Krstajić is a man adored by the Black and White part of the Serbian football spectrum and at the very least respected by its Red and White counterpart.

A man of the people, Mladen Krstajić, is also a man proud of his heritage. A hard-working person taught to respect hard labour, commitment to cause and effort to achieve dreams. A man who has never been afraid – let alone shy away from – to go knees deep in the mud to make way to the top.

Three years before he would go on to sit at Serbia’s helm as permanent boss, Mladen Krstajić was the president of Radnik Bijeljina, before that a hotelier and an entrepreneur, among other things. It is a less known fact that Mladen Krstajic owns a distillery and a motel which he revealed in an interview with Sportski Žurnal.

“I’m in the agricultural business, real estate, I have a distillery, and I own a motel…I’m not embarrassed to do anything, and I never find it difficult to do things that are good for my family. I pay my taxes; I bring money into our laboured country. I can put on a tie and a suit when needed, but I also like to sit on a bottle crate after a hard day’s work and share a beer with my tractor men.”, Krstajić said. 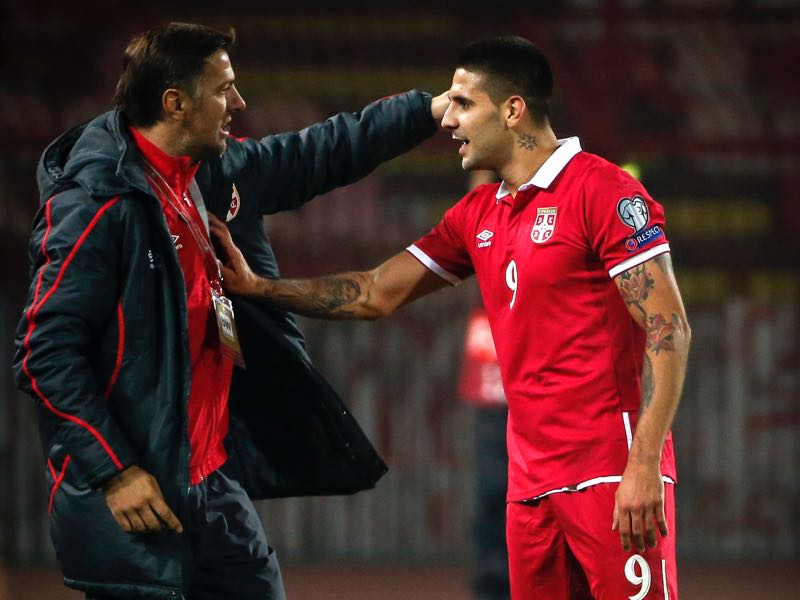 Mladen Krstajić was never a public figure and one whose personal life would be in constant spotlight although his football achievements are well-documented. His glorious days as a footballer – and his loveable persona – aside, Mladen Krstajić’s managerial credentials were as the centre of attention following the announcement that he will be taking the Serbian national team to Russia.

Public anticipation was not met with much fanfare when FSS Sports Director Goran Bunjevčević revealed that a 43-year-old novice was unanimously backed up by the Board of Experts. But what were the reasons for such a seemingly reckless decision?

Not an Obedient Servant of the Regime

At the end of the line and his road to Russia, Slavoljub Muslin paid the price due to the fact he was not willing to make compromises. He was clear from the very start with his stance that no meddling in his methods would be tolerated and once his squad selection and tactical choices became the subject of public polemics, it became evident he would not be staying at the Serbia helm for much longer.

Muslin’s reluctance to incorporate the Lazio midfield maestro Sergej Milinković-Savić into the senior squad despite his sterling displays in Serie A got his at odds with FSS president Slaviša Kokeza and ultimately led to his sacking. Muslin’s stubbornness was counterweighted by Milinković-Savić’s immediate introduction into Krstajić’s side, however.

Although Mladen Krstajić appeared to be blindly following the instructions of Slaviša Kokeza from the top office, the new Serbia manager knew exactly what he was doing despite the populist criticism he was met with.

Milinković-Savić responded to the faith invested in him with sublime appearances during Serbia’s friendly tour across Asia in November 2017 which only helped Mladen Krstajić raise his stock as a manager beginner.

Is Krstajić a Long-Term Solution?

Mladen Krstajić was reportedly not the first choice of the FSS who eyed Dragan Stojković Piksi and Veljko Paunović for the job although it can be argued that Serbia’s governing body laid the ground for Krstajić’s appointment two years in advance.

Despite the evident lack of managerial experience, Krstajić spent last two years earning his badges working closely with Serbia’s man in charge and – more importantly – performing a man-management role with the Eagles.

Adem Ljajić’s run towards his managers embrace after the opener against South Korea back in November revealed a much broader view into Mladen Krstajić’s influence even as a novice manager.

Much like the Serbia boss, Adem Ljajić has more than once been the subject of public criticism, and his celebration was interpreted as a firm vote of confidence for Mladen Krstajić.

The former defender was the one who stood by his players day in and day out during the last two years with the Serbian national team, helping them grow as players and – more significantly – as people. His behind-the-scenes man management approach and personal relationship with Serbia players remains undocumented and unspoken of, much to the similarity to Krstajić’s modest nature.

And that’s precisely the essential trait that qualifies him for the managerial job, which in its true nature is much different to the day-to-day routine at the club level and as such could very well see Krstajić thrive.

Krstajić’s football knowledge and leadership, should not be questioned, attributes which were on display throughout his playing days in Germany and especially Serbia. But it is Krstajić’s down-to-earth approach and human touch, however, that could be more than enough to help Serbia put ready-made products and polished gems – players performing at the highest level at Europe’s biggest clubs – in their right place and to best use for their homeland’s historic challenge.

After all, teaching is not Serbia players require – it’s proper guidance, and Mladen Krstajić as a born leader might just be the right man to do that.