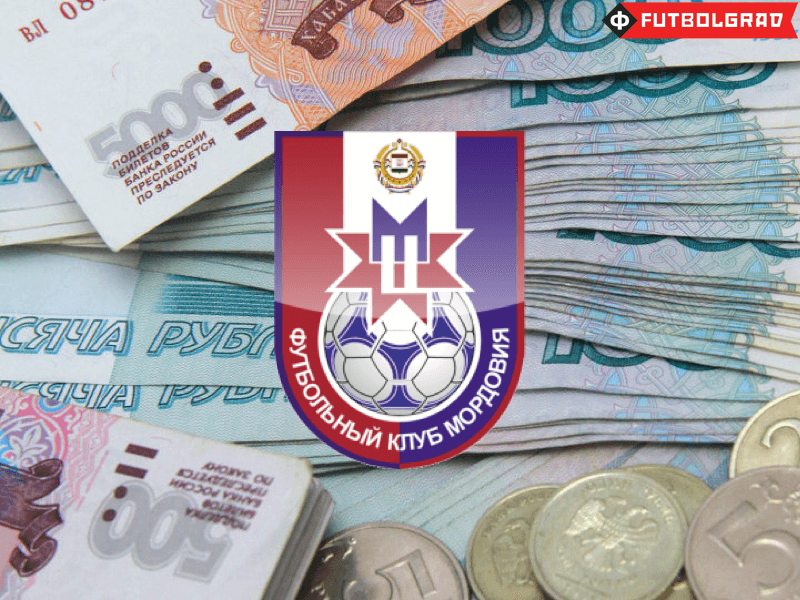 Mordovia Saransk players have announced that they will boycott the round of 26 match of the Russian Football Premier League (RFPL) against current league leaders FC Rostov, which will take place on May 1. The players have already refused taking part in practices as a sign of protest.

According to championat.com Mordovia midfielder Dalibor Stevanović told the media “Today we have arrived back in Saransk, and we have been told that we will receive our salary and our bonus for 2015. The situation, however, is such that one salary payment to us does not mean anything. The debt [to the players] is very large, and one monthly salary does not solve the problem. We have gone without pay for four months. It is necessary to pay off everything, because how many times have we been deceived?”

Because of this Stevanović and other Mordovia players have now decided that they will not play if the club does not meet its financial obligations before the match against Rostov. “Today we have agreed with that the team will not play on Sunday. This cannot go on! This is an important game on Sunday; we are only two points away from the relegation play-off zone. It is up to the club to solve the problem.”

It is understood that Mordovia’s debts to its players is 173 million roubles ($2.6 million), and as a result the club’s leadership has now started talks with the leadership of the Republic of Mordovia over a potential bailout for the team.

The chairman of the club, Vladimir Bibikov, met with Vladimir Volkov – the head of the Mordovia Republic. Following the meeting President of the Russian Football Premier League Sergey Pryadkin told the media “I talked with the Bibikov. I hope he had a fruitful conversation with the head of the region [Volkov]. The current situation is unacceptable. Many clubs have difficulties, but the situation at the club is bad for the championship as well. The employer must fulfil its obligation, no matter how difficult the economy is.”

Pryadkin, however, is adamant that “Mordovia will finish the season.” Furthermore, he hopes that the players will soon end their strike, and return to practice at the club.

Mukhametshin also stated that the players have been told that “there was a meeting with the head advisor of the Republic of Mordovia, who promised that they would start paying the debt. We will train fully tomorrow. If the club restarts paying debts tomorrow, we will discuss whether we will play against Rostov on Sunday.”

Hence, there is still a real chance that Mordovia players will boycott Sunday’s match against Rostov —a club that experienced its own player boycott earlier this season due to financial problems— which could give FC Rostov a real advantage in the title race. Mordovia meanwhile are last in the table, and the current financial problems at the club make it unlikely for the club to fight off relegation this season.