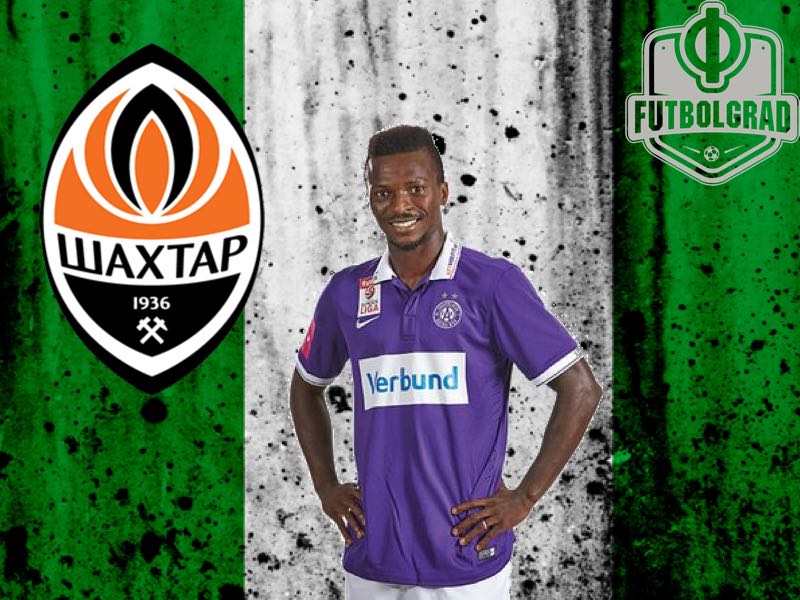 Olarenwaju ‘Larry’ Kayode has completed a loan move to Shakhtar Donetsk from Manchester City in a deal that includes an option to make it permanent in the summer.

The Ukrainian champions and leaders swooped for the Nigerian striker on the back of a failed loan spell at La Liga newcomers Girona, and a transfer saga that meant Kayode was unable to join French outfit Amiens due to administrative reasons.

Manchester City signed Kayode on a four-year-deal on the back of an excellent campaign at Austria Wien. It was reported that City boss Pep Guardiola spoke at length with the player to convince him to join City ahead of other Premier League clubs such as Newcastle.

Despite this, Kayode was loaned straight to Girona, who are one of City’s many ‘sister clubs’. In his time there, Larry accumulated a mere 375 minutes on the pitch, and subsequently only managed two goals.

Kayode was the right player at the wrong time at Girona

Girona fan and owner of @GironaUK, Adam Selby, told me: “Girona’s approach to top flight football meant that Kayode’s first team opportunities were incredibly limited. Just like the way which fellow loanees Douglas Luiz and Aleix Garcia have suffered as a result of manager [Pablo] Machín’s reluctance to deviate from the starting XI which largely helped Girona reach La Liga in the first place, Kayode in fact only made two starting appearances for Girona, awarded only because of injury to usual starting striker Stuani. His talent, therefore, did not contribute to his downfall at Girona, more so Kayode was the right player for the club but sadly, just at the wrong time.”

Kayode is capped for Nigeria, and with the World Cup not far away, he will be hoping to reestablish his Austria Wien form that saw him score 37 goals in 85 appearances. If so, he will fancy his chances of making the Nigerian World Cup squad, to challenge the likes of Kelechi Iheanacho and Alex Iwobi in the forward positions. 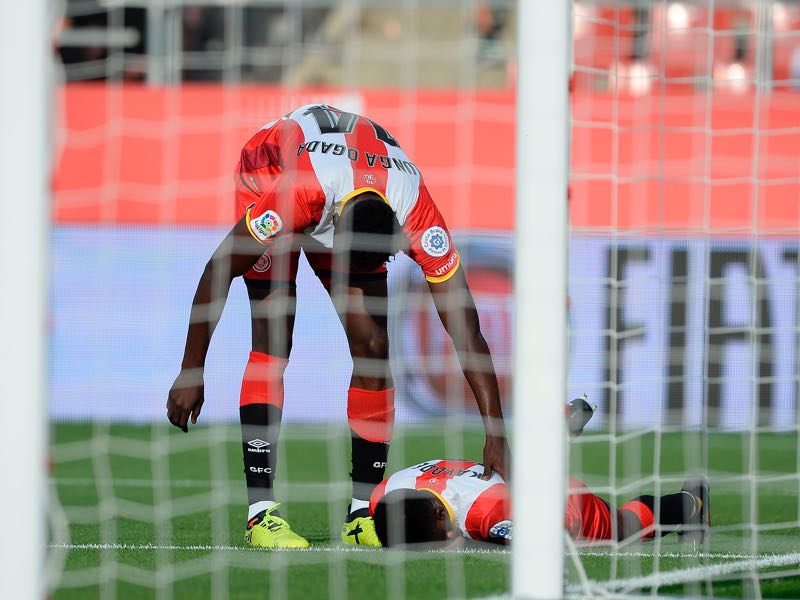 In some matches this season, fans of Shakhtar Donetsk have complained that their team lack a cutting edge in front of goal – Kayode will add something different. Looking back on his auspicious time in Vienna, the pacey striker was known for his tenacious and ruthless approach and having a knack for popping up in the right areas at the right time.

Adam, asked about the kind of player Kayode said “Kayode is an incredibly dynamic striker who can play behind a main striker or as the main centre-forward, performing best in the centre of a front three during his time at Girona. Not only is Kayode both agile and relatively quick as a centre-forward but given his previous track record of goals scored for Austria Wien across two seasons, evidently he has a very good eye for goal. From the limited appearances Kayode made during his time at Girona, Kayode displayed signs of the power and aerial prowess of somebody like Romelu Lukaku combined with the agility of somebody like Andrea Belotti at Torino. Not the fastest of strikers but with enough acceleration to cause defenders problems.”

Going forward, this is an excellent move for all parties. Shakhtar are getting a striker who has proven himself as prolific when on form, whereas Manchester City are sending one of their players to a club who play an aesthetically pleasing brand of football, governed by coach Paulo Fonseca.

City bosses will hope this deal will help them bargain towards the signing of Shakhtar midfielder Fred, who has proved a sensation in the Ukrainian outfits’ Champions League campaign this term. 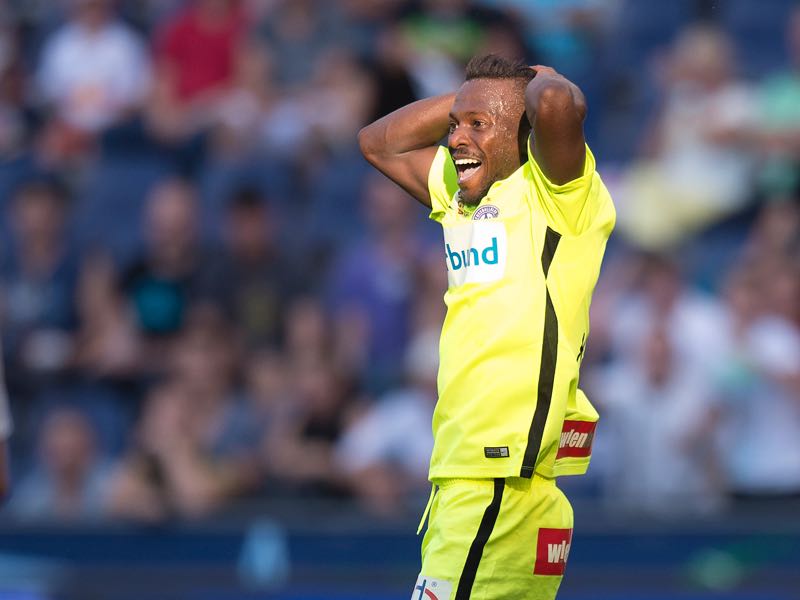 Kayode was a prolific striker in the Austrian Bundesliga for Austria Wien. (Photo by Andreas Schaad/Getty Images)

However, although a favourable loan from City’s perspective, it is unlikely that Larry Kayode will ever play for their first team, and likely be another ‘buy and sell for profit’ project for the City Football Group.

Despite this, Kayode has the potential to go on and be an excellent striker. Adam states “Kayode is definitely a player built for the top level and I for one could imagine Kayode spearheading a side competing in a top European league and possibly even in the Europa or Champions League. Whether he is cut out for the very top level, playing week in week out for a title contending side in one of Europe’s major leagues remains to be seen. Nevertheless, from a City Football Group perspective, Kayode has enough talent to progress and develop elsewhere combined with the potential to reach the very top. The likelihood is however that he’ll most probably find his level elsewhere and be sold on for a profit by the CFG.”

Currently, in his final year of an undergraduate degree, Lewis is a freelance writer, heavily focused on English football but with an interest in football from all over the globe. He contributes to various outlets such as MCFCwatch.com, and has appeared on BBC radio shows amongst European football based podcasts. You can find him on Twitter @LewisSteele_