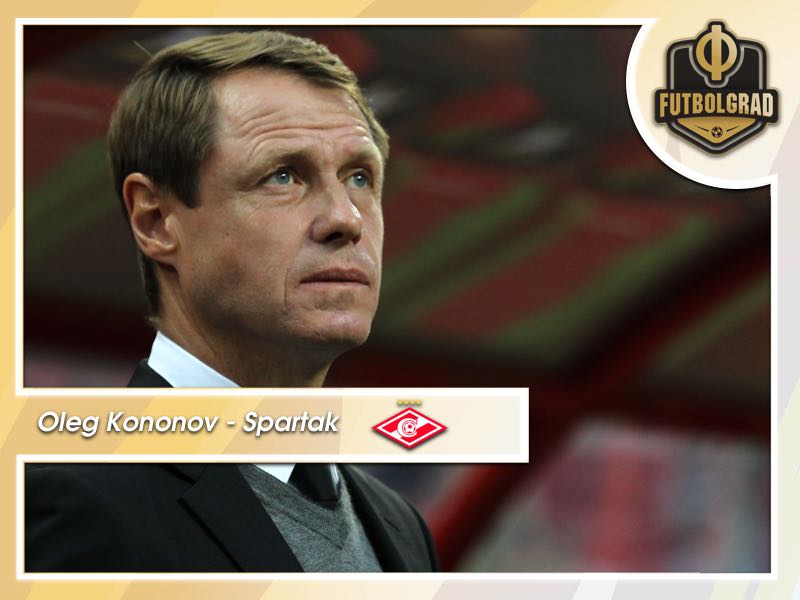 Oleg Kononov – Is he the right man for Spartak?

The Italian head coach was fired on October 22, and assistant coach Raul Riancho had been in charge at the club for the last three Russian Premier Liga games and the two games against Rangers in the UEFA Europa League.

Riancho had been adamant that he wanted to fight to get a permanent appointment at the club. The Spaniard has previously worked successfully under Serhiy Rebrov at Dynamo and with Andriy Shevchenko at the Ukrainian national team.

Ultimately, however, Riancho’s results were bad at Spartak. While the club collected four points against Rangers in the Europa League (0-0 and 4-3) and advanced to the next round of the Russian Cup after a 1-0 victory over Anzhi, Riancho lost two out of the three games he was in charge of in the RPL. Riancho oversaw a 1-1 draw against Rubin Kazan, lost 1-2 to Ural and then 2-0 to Ufa.

Options A and B were not available for Spartak

Not enough to convince club owner Leonid Fedun that Riancho was the right man for the job. The problem, however, was that there were not many alternatives for Riancho either. The Spartak Moscow boss initially favoured hiring Rostov’s Valeri Karpin and Russia’s national team head coach Stanislav Cherchesov.

Karpin has averaged 1.58 points at Rostov since taking over the club in December 2017 and currently sits in the fourth spot with the Selmashi. The 49-year-old was initially interested in the job despite falling out with Fedun after he was let go from Spartak at the in March 2014 for the second time. Karpin had averaged 1.72 points per game in 122 games from 2009 to 2012 and 1.69 points per game with Spartak from November 2012 to March 2014.

Karpin then had semi-successful stops at RCD Mallorca and Torpedo Armavir before joining Rostov – a club that was unwilling to let their head coach go amidst what could become the second most successful season since Kurban Berdyev left the club in 2017.

Cherchesov, in the meantime, always appeared to be a pipedream by Fedun. The Russia bench boss seems deeply committed to leading the Sbornaya to the next stage of the development, and after a successful World Cup and promotion to the UEFA Nations League A, it was always unlikely that the Russian Football Union would be willing to part ways with their head coach. 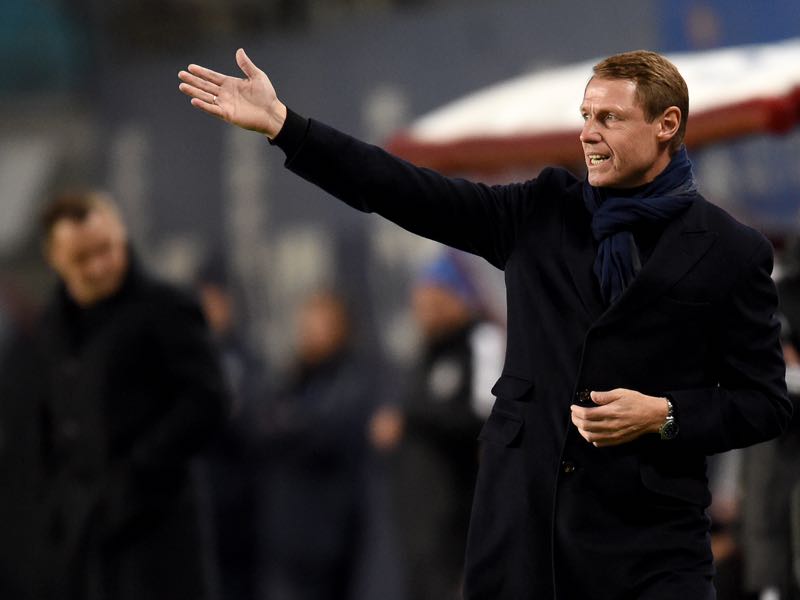 Hence, Fedun ultimately turned to Option C in the form of Oleg Kononov. Born in Kursk, the Belarusian-Russian citizen first came to prominence as a head coach during his time with Karpaty Lviv between 2008 and 2011. From there he moved on run and coach FK Sevastopol in what was at the time one of the most exciting football projects in Ukraine.

The club, who now plays in the separatist Crimean Premier League, was relegated to the second division ahead of the 2012/13 season and Kononov guided the club straight back to the top flight playing some of the most attractive football in the league. Collecting 2.05 points per game Kononov became one of the most sought-after coaches in the post-Soviet space.

In the end, Oleg Kononov would move just east of the Crimean peninsula to Krasnodar. There owner and president Sergei Galitsky identified Kononov as the sort of coach that could guide what is still one of the most impressive football projects in Russia. Galitsky’s vision always has been to build a club from the ground up that would primarily rely on youth players from its academy.

Today Krasnodar are close to the ideal envisioned by Galitsky. The club has churned out the first generation of young players and regularly competes to play in European competitions. That foundation was partly laid by Kononov, who coached the club between 2013 and 2016 playing some of the most attractive football in the league and collected an impressive 1.88 points per game.

Kononov was also responsible for getting the best out of the likes of Fedor Smolov and winger Pavel Mamaev. In many ways, Kononov could lay claim at having re-invented Smolov to the sort of striker, who between 2016 and 2018 was the best player in the Russian Premier Liga.

Nonetheless, Kononov surprised many when after a difficult start to the 2016/17 season he stepped down from his role as the Krasnodar, bench boss. He then briefly took over Terek Grozny (now Akhmat) before joining Arsenal Tula this June.

For Fedun the key ingredient that a new head coach had to bring was cultured football. Kononov stands for that sort of approach. His Krasnodar side, in particular, played great football. His re-invention of players by fitting them magnificently into his 4-3-3 system has him go against the grain in a league in which most clubs have gone with a 3-5-2 lineup.

Defence in fact rains in Russia. Kononov, however, has had success with attacking sides at Sevastopol and Krasnodar. But that was also in Ukraine and in the Russian south were the approach to football is more heated than it is the case in the more pragmatic north of the country.

Oleg Kononov faces a mountain of problems at Spartak

At Arsenal Tula Kononov has had a decent start to the season averaging 1.44 points in 16 games (all competitions) this season. But 17 points from 14 RPL games with a goal difference of 19-18 is not exactly fantastic either. If anything his 4-2-3-1 attacking lineup may not have been designed for a side that will ultimately have to grind out results in this competition.

The question is now will it work at Spartak? Massimo Carrera attempted the cultured approach at the beginning of the season. But the loss of Quincy Promes at the final day of the transfer window made it difficult for the Italian to have his side play attractive football as the likes of Pedro Rocha, Sofiane Hanni, Lorenzo Melgarejo and Ivelin Popov were never able to fill the void.

Oleg Kononov is now faced with the very same problems. There is talent in this Spartak side. The likes of Aleksandr Lomovitskiy and Mikhail Ignatov bring plenty of talent. In Roman Eremenko he has a leader that could still add something special to this team, and Fedun might allow some key signings in the winter.

But at the same time, Spartak have lost significant ground in the league standings since Carrera was fired. Ninth in the standings with 19 points the best news have been that the competition has also lacked consistency. Spartak are just six points out of the Champions League at the moment, and Oleg Kononov has now a two-week international break to bring in some changes.

With Options A and B unavailable Spartak had almost no choice but to go with Kononov. Paying €3.2 million Fedun and clubs management have now gone all in to sign a man who can play attractive football faces a mountain of problems at Spartak.

Whether it will be enough remains to be seen. But one thing is for certain Spartak’s leadership will be under fire by the club’s fans if this move does not work out.