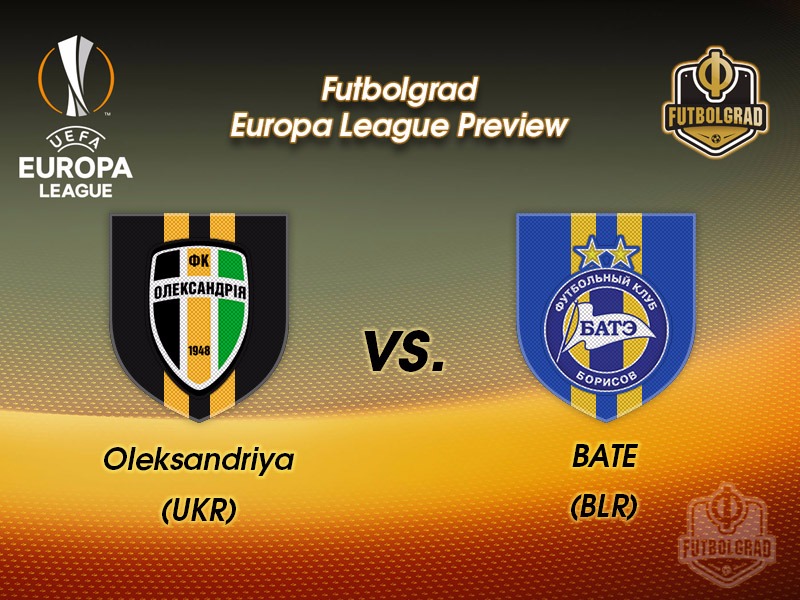 Oleksandriya vs BATE Borisov will take place at the Nika Stadium. (PavloFriends CC-BY-SA-3.0)

Following a 1-1 draw in Barysaw last Thursday, FC Oleksandriya hold the slightest of advantages in their Europa League playoff round tie against BATE. The Ukrainian side have a crucial away goal and will be playing in front of a packed stadium filled with supporters enthralled by European football’s arrival in this unremarkable provincial town – and the possibility of more to come in the fall.

BATE fell at this same hurdle last season following a 4-2 aggregate defeat to Kazakh side FC Astana, but they are regular participants in the group stage of the Europa League or the Champions League. In fact, they have failed to reach the group stage of either competition only twice in the past eight seasons. Elimination by Oleksandriya would be, if not catastrophic, then indeed an embarrassment.

For Oleksandriya, meanwhile, this is uncharted territory. Last season’s inaugural European campaign ended in a 6-1 aggregate drubbing by Hajduk Split, but this year they narrowly defeated Astra Giurgiu in the previous round and now stand on the verge of history.

In the opening leg, BATE took an early lead, but Oleksandriya far from being overwhelmed by the occasion responded with a quick equaliser and looked comfortable for the remainder of the match. It was a calm, cool, and collected performance from Volodymyr Sharan’s men, who looked like they’d been here before.

The second leg brings with it a whole new set of challenges. With the away goal advantage, Oleksandriya now find themselves in an unexpected position: many expect them to go through. Will this work in Oleksandriya’s favour? In the tie against Astra Giurgiu the first leg ended 0-0 and Oleksandriya knew they needed to score at home to go through, but now a 0-0 result will be sufficient. How will that affect Sharan’s tactical approach and the mentality of his players?

The answers to those questions will be pivotal in determining if Oleksandriya are to cause a major upset.

FC Oleksandriya vs BATE Borisov – Player to look out for:

Long-serving captain Andriy Zaporozhan is the heart and soul of Oleksandriya, having been at the club since 2008. He scored the decisive penalty over Astra in the prior round, but the impact of the central midfielder is hardly limited to penalty-taking duties. Zaporozhan has the most crucial role of any Oleksandriya player. He is the primary playmaker, linking defence and attack, but also provides defensive solidity in the middle of the pitch.

The 21-year-old Shcherbitski is the biggest goalkeeping talent in Belarusian football today. Usually the number two behind Sergey Veremko Shcherbitski has seen increased playing time thanks to a suspension issued against Veremko, which will last until September 18. Veremko played in the Champions League qualifiers against SJK Seinäjoki and Slavia Praha and conceded five goals in four games. With Veremko lacking match practice due to his suspension do not be surprised to see Shcherbitski in the lineup against Oleksandriya.