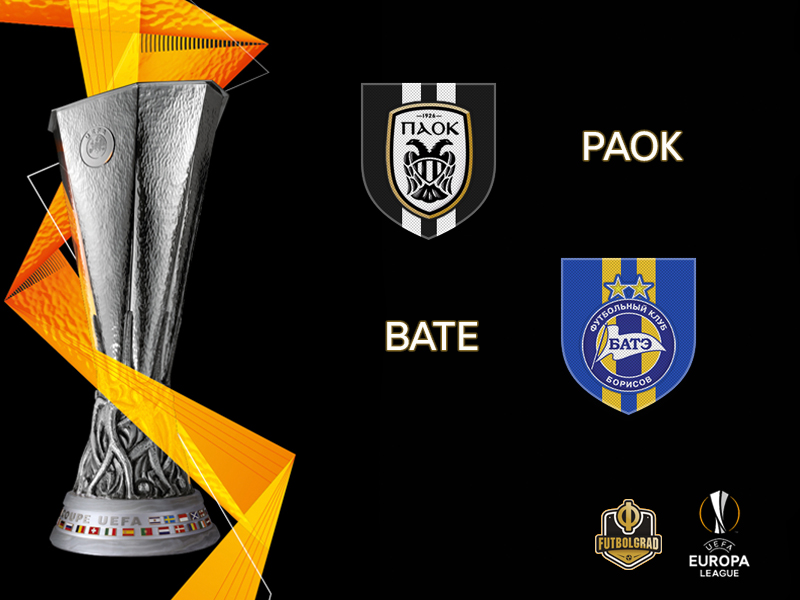 PAOK vs BATE will take place at the Toumba Stadium. (Photo by Sakis Mitrolidis/EuroFootball/Getty Images)

Everything is still to play for when PAOK host Belarusian side BATE Borisov on Thursday at the loud and proud Stadio Toumba in Salonika. PAOK go into their final UEFA Europa League Group L fixture with a mere three points, but they can still qualify for the knockout phase with a victory over BATE Borisov and help from elsewhere.

Their visitors, on six points, will qualify with a win, though a draw could also take them through should Chelsea, which is likely, take points of Vidi FC on the final matchday. Hence, visitors to the Stadio Toumba on Thursday evening will be in for a real treat as Group L remains one of the few groups in which everything is still to play for ahead of the final matchday.

Only Group C, G and I are the only other groups in which three or more spots are still undecided ahead of the final matchday. Drama, in fact, is always not far when it comes to PAOK. Currently first in the Greek Superleague – seven points ahead of second-placed Atromitos Athens – PAOK wasted a chance to win last season’s Greek title after Russian-Greek owner Ivan Savvidis stormed the field with a gun holstered to his belt.

PAOK then eliminated Spartak in the Champions League qualifiers, with a partying Savvidis in the stands of the Otkritie, before being eliminated in the UCL playoffs by Benfica. Failing to reach the Champions League has produced a bit of a European hangover for the Greek side, who took just one win from the first five matches of the group stage.

It is somewhat remarkable that PAOK are still in contention at all. But thanks to Chelsea’s dominance over Group L – the English side have won five out of five this season – and the fact that BATE and Vidi have taken points of each other PAOK are still in it on the final matchday.

All they need to do now is beat BATE and hope that Chelsea do the expected and beat Vidi. That, however, will not be easy against a Belarusian side that have claimed their 13th successive, and 15th overall, Belarusian championship in November. BATE were once again dominant in Belarus finishing first nine points ahead of Shakhtyor Soligorsk.

Guided by the 37-year-old Aleksey Baga BATE won the title thanks to the club’s consistency. Baga, who is the latest coaching talent to emerge from BATE’s football factory, plays a simple 4-2-3-1 that is not fancy but effective. Furthermore, BATE are often unfaced from loud and noisy stadiums, like the one they will experience on Thursday, and instead focus on getting the job done. Hence, this will not be an easy task for PAOK as they will face a team that will happily take a point from the Toumba to advance to the next round.

PAOK vs BATE  – Players to look out for:

Maksym Skavysh led BATE Borisov in domestic scoring this season. With 11 goals in 28, Vysheyshaya Liga Skavysh was one of the main reasons for the club’s success in 2018. Trained as a winger, Baga has employed Skavysh mostly as a centre-forward this season. Nonetheless, judging from the forwards heat-map Skavysh prefers to attack from the right and then break into the box to execute his attacking runs. As a result, he has scored 0.59 goals on average in all competitive games this season. The striker also completed 55.9% of his on average 5.72 dribblings per game. The one caveat, however, has been his Europa League performances where Skavysh is still awaiting his first goal. 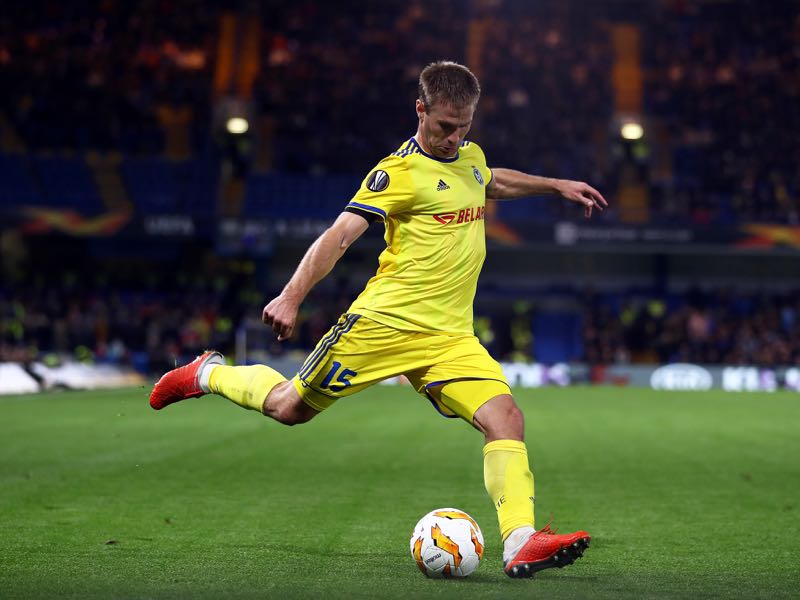 Everything will once again depend on Serbian forward Aleksandar Prijović. A member of Serbia’s 2018 FIFA World Cup squad the striker has been in spectacular form this season scoring eight goals in 12 Superleague games and adding four goals in six Champions League qualification matches. He has, however, struggled in the Europa League scoring just once in five games this season. Nonetheless, the in St. Gallen born Serbian national team player is a weapon. Scoring on average 0.66 goals per game Prijović on average wins 33.5% of his 8.23 aerials per game. Although he averages just 1.77 shots on target per game, his effectiveness means that he is dangerous as 62.1% of his shots find the target.