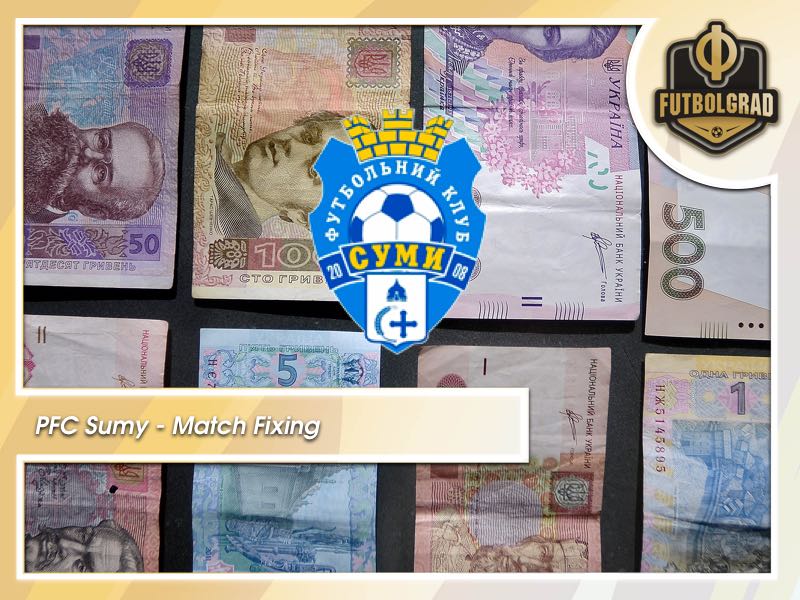 Ukrainian football has once again been hit by a match-fixing scandal. On Monday the Ukrainian football channel Futbol 1 reported that PFC Sumy will lose their professional licence after being involved in 30 manipulated games over the last 18 months. The ethical commissioner of the FFU, the Italian Francesco Baranca, announced that about €10 million were earned on the club’s matches in Asian betting offices.

The Persha Liha club PFC Sumy last made headlines in February 2017 when the club was bought by a Chinese consortium that promised major investments in the club.

An investment by a Hong Kong-based company was supposed to revitalise the club. As tribuna.com reported on February 14, 2017, the club was supposed to be taken over by the Chinese consortium Smart-Mentors. The company, which has business interests in the region, will manage the club until the end of the season, and then will purchase the club in the summer.

Smart-Mentors saw the purchase of the club as a means to establishing business operations with the public joint stock company Sumy Frunze Machine-Building Science and Production Association (from now on Sumy NPO). Sumy NPO is one of the largest machine builders in Europe and, among others, is involved in the nuclear energy sector.

There were, however, always question marks behind the investment of a relatively unknown Chinese company in PFC Sumy. Ultimately, to what an extent the club had been taken over by the Chinese company and whether there is any connection to the recent betting scandal is unknown.

What is clear, however, that PFC Sumy started to accumulate strange results throughout this season. For example, the latest game includes a 7-0 defeat to Dnipro-1. Before that the club has already lost twice 6-0 this season and once 7-0 conceding goals late in the game on all occasions.

It was those lopsided results, which started over a year ago, that alerted the FFU and ultimately led to the investigation and the ban of the club. Furthermore, the FFU has come down hard on the case and banned two club officials from football for life. On top of that the FFU also hopes that criminal proceedings will be opened against those involved. 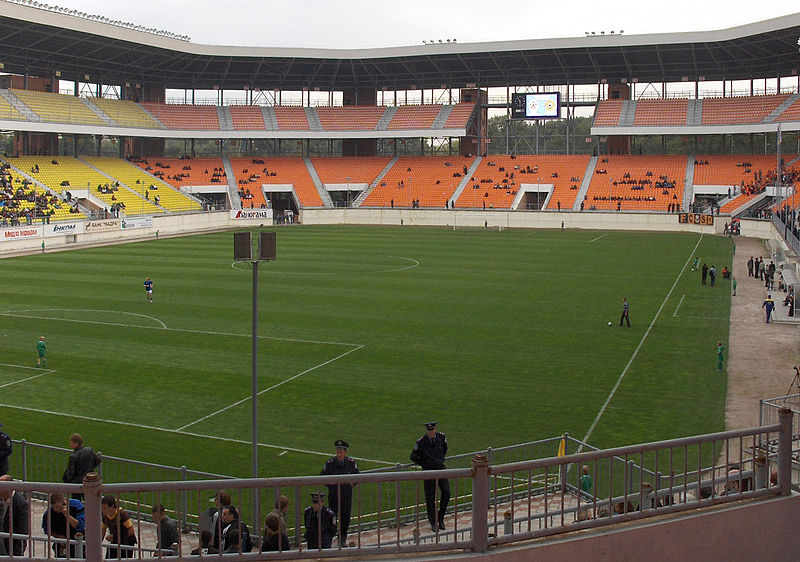 PFC Sumy play their home games at the Yuvileinyi but will the club get to finish this season? – Image by Olmi

“Within the framework of the FFU the case against PFC Sumy has passed two stages. At first, it was studied in committee for ethics and fair play, which is based on materials collected by the national police of Ukraine,” the secretary of the FFU Igor Gryshchenko explained.

“After that, the material with the relevant conclusions of the committee, as well as available information from UEFA about possible manipulation of the results of the matches were transferred to the legal department of the FFU. Within legal department of the FFU it was investigated for over one year, in which ten meetings took place,” Gryshchenko explained further to Tribuna.

Now the national police are considered the case, but for the precise timing and the final results, we will have to ask the law-enforcers. We hope that the officials who have been involved in the contract matches incur criminal responsibility as well, “Gryshchenko concluded.

PFC Sumy scandal not the first match-fixing scandal in Ukraine

PFC Sumy, in the meantime, have denied all allegations and appealed the decision by the Football Federation of Ukraine (FFU) to revoke the club’s licence to play in the country’s second division.

Zorya Luhansk showed match-fixing the red card all the way back in December 2015 after banning 11 youth players from the squad. But with many clubs in financial disarray due to the ongoing conflict with Russia in the Donbass but also general financial mismanagement and widespread corruption Ukrainian clubs, and players, have used match-fixing as a way to financial supplement their income.

In fact, the history of Ukrainian football is rich when it comes to game manipulations. Back in 2013 Metalist Kharkiv were eliminated from the Champions League following a match-fixing scandal and legendary head coach Valery Lobanovskyi even made throwing games part of Dynamo Kyiv’s title-winning strategy.

Hence, overall this latest match-fixing scandal is not a surprise given that many players are dependent on the income of throwing games, especially at the lower levels of the league pyramid and the youth structures. Furthermore, going back on PFC Sumy and the club’s history it also becomes apparent why that particular club is now at the centre of this latest scandal.