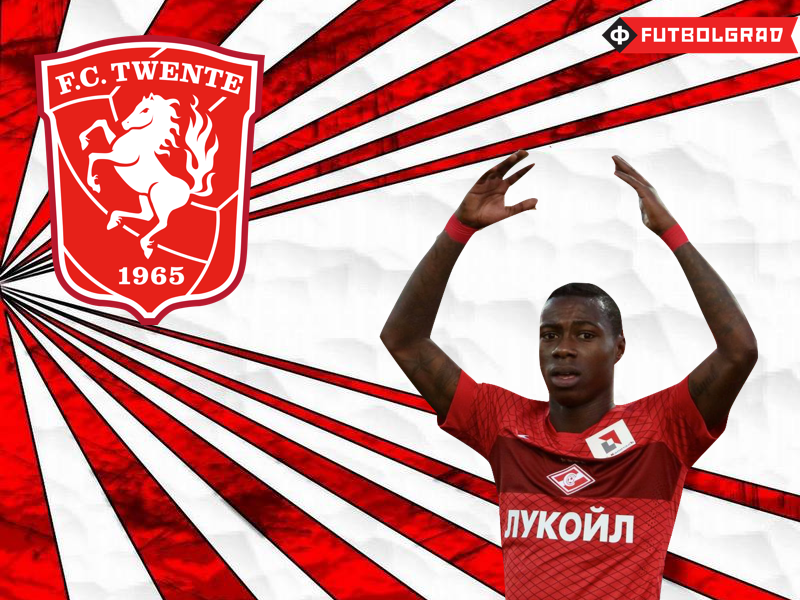 Quincy Promes has been one of the best players in this year’s Russian Football Premier League (RFPL) season. The Dutch winger has scored ten goals in 18 matches, and has an average Whoscored.com score of 7.34.

Promes has been heralded to become the next big thing out of Eastern Europe—a player similar to Bayern’s Douglas Costa, who the Bavarians bought from Shakhtar Donetsk last summer. On November 3, championat.com reported that Spartak Moscow’s owner, Leonid Fedun, would be willing to sell the young Dutch striker in order to level Spartak’s finances.

Fedun, however, wants to make at least €30 million for the quick striker, who is able to play both in the centre as well as on the right wing. According to Nobel Arustamyan, both Bayern Munich and Juventus Turin have shown interest in Promes, but this interest is still in the early stages, as Fedun would not be willing to sell until next summer. He wants the club to return to international football first, and selling the striker now would severely threaten the club’s ambitions in the RFPL (to bet on Russian Premier League matches, click here for December’s Ladbrokes bonus).

Now, however, Quincy Promes has made the headlines in Russia for the wrong reasons, as his €11.5 million transfer from Twente Enschede to Spartak Moscow is believed to be part of a third-party ownership agreement (TPO) that was signed by Doyen Sports and Twente Enschede before the winger was transferred to Spartak.

According to Assr International Sports Law blog, “Doyen’s business model blends different types of activities: investments and loans to clubs (broadly speaking the TPO side of Doyen’s activities) and the representation of players/coaches (the agent side of Doyen’s activities).” In the case of TPO deals, Doyen invests money into clubs in return for a percentage of future player transfers. FIFA has deemed this practice illegal, as the international football body fears that investment companies could, through this practice, own players at various clubs.

It now appears that Twente has indeed signed TPO deals with Doyen, and that the club has done this behind the back of the Dutch football governing body KNVB. The Dutch Football Association KNVB has recently suspended Twente from European competitions for three years as punishment for deliberately misleading the organization about a deal which sold player transfer fee rights to Doyen Sports.

An official statement by the KNVB read: “FC Twente has had clauses in the investment contract with Doyen Sports suppressed, and thereby deliberately misled the licence commission of the KNVB.” The details of the contracts emerged after an anonymous homepage with the name Football Leaks published a set of emails which highlighted the fact that Doyen Sports had loaned Twente Enschede $5.5 million in exchange for a percentage of the economic rights of several players—effectively turning those players’ contracts into TPO deals (for more on the Twente Enschede story read James Montague’s excellent New York Times article here).

One of these players was Spartak Moscow’s Quincy Promes, and as Sport-Express reported on December 15, Doyen Sports received about 30% of the €11.5 million that Spartak paid to Twente Enschede. Furthermore, Doyen Sports’ official homepage continues to list Quincy Promes under the category “investments”, which could lead to questions in the press when Promes makes his anticipated move to a top club in Western Europe.