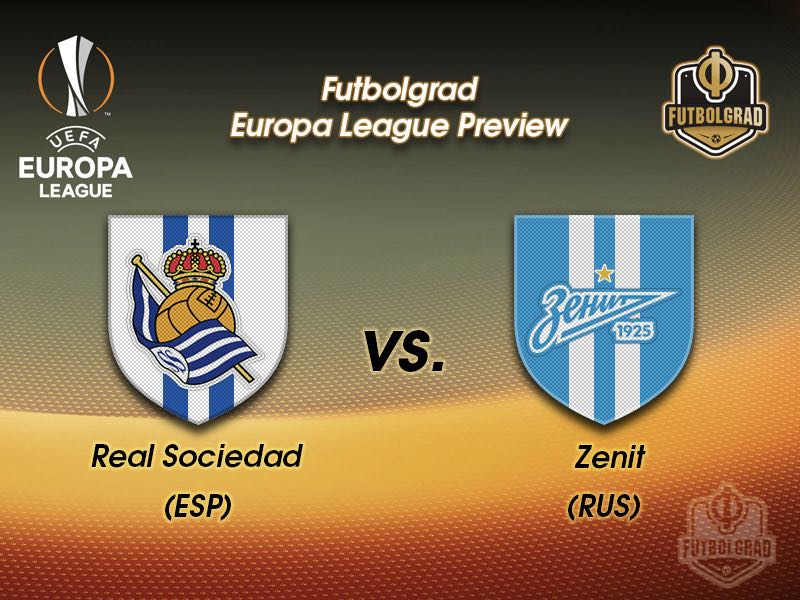 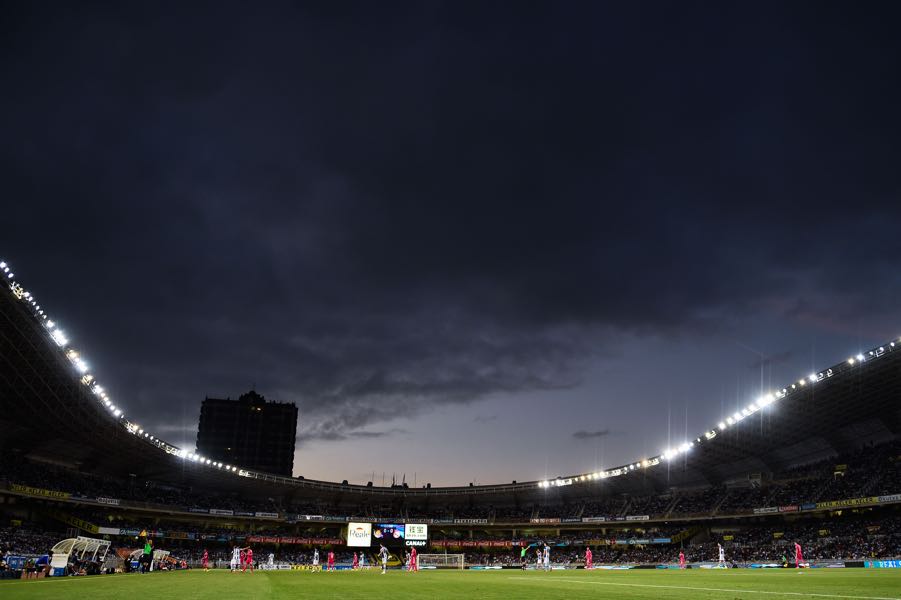 Real Sociedad vs Zenit will take place at the Estadio Anoeta in San Sebastian. (Photo by David Ramos/Getty Images)

With both teams having already secured qualification, the match between Real Sociedad de Fútbol and Zenit Saint Petersburg will be nothing more than a formality. Even though it is true then there is a substantial difference between a first and second spot in a group, for Real Sociedad – competition leaders in opportunities created, possession and completed passes; it would not be a tragedy. For Zenit, it would not make much difference either. The Russian side leads the Europa League goalscoring chart by Emiliano Rigoni (6) and is one of the teams to beat for any aspiring competitor. Nevertheless, a top spot finish would mean making sure of avoiding the remote (yet possible) chance of coming across dominant group winners like Arsenal.

The last time these two sides met, the auspicious way in which they reached the compromise made them look like two unstoppable forces approaching each other at high speed. Their good football, overwhelming statistical figures and continental credentials of both teams, were quite impressive and certainly kept each other worrying about their odds when the moment came. Two very similar rivals, hardly uneven in any aspect. The match itself did not disappoint four goals and a proper clash of good sides. Perhaps Rigoni’s early goal marked the direction of the game from a very early stage, but in spite of this Real Sociedad was very competitive against Zenit in Russia.

This time the context is slightly different. If one takes a look at Group L, he or she would quickly understand the reason behind the exaggerated contrast between the two sides’ local and continental forms. Neither Real nor Zenit have been the sides they were at the beginning of the season for a long time now. The Basques have not won a single game out of their last four local affairs, including draws against both Las Palmas and Girona, a loss against Atlético de Madrid and a worrying Spanish Cup exit against Segunda B side Club Lleida Esportiu. As for Zenit, they have raised their level with convincing wins against Tosno and Ural. However, another opportunity to show their champion attitude was wasted when they lost to Spartak away in a match that could have gone to wither side but went to Spartak. At this point of the season, merit is not enough anymore for Roberto Mancini and his $50 million team. The context is evidently not the same. Both teams are still comparable, and it is still hard to pick the better one, but this time it is due to their flaws and underachievement.

With the future in mind, Real Sociedad and Zenit could offer a very entertaining spectacle. A tacit draw is an option as well, but not a beneficial thing to the problems both teams have at the moment. As a bonus to this event, the San Sebastián order forces seem to be quite worried about the arrival of “around 150 Zenit ultras”. In this article, Mundo Deportivo explains the concern alleging these Russian supporters have created trouble nearly everywhere they have been so far. We suggest taking the stereotype of the paramilitary Russian ultra with a pinch of salt.

Real Sociedad vs Zenit – Players to look out for:

After his disastrous spell at Southampton, where he was the fourth striker choice for a whole season, Juanmi Jiménez – better known as Juanmi – is back in Spain and has been demonstrating why is still serious words when it comes to Spanish talent ever since. During last season, the 24-year-old scored 15 goals in 41 games, ending the season as Real Sociedad’s highest scorer. He even scored the last minute goal in the final matchday of the season which allowed Real Sociedad to enter this edition of the Europa League. This season he already has three goals in five games. Quick and agile, Juanmi may be Real Sociedad’s best option up front against Zenit. 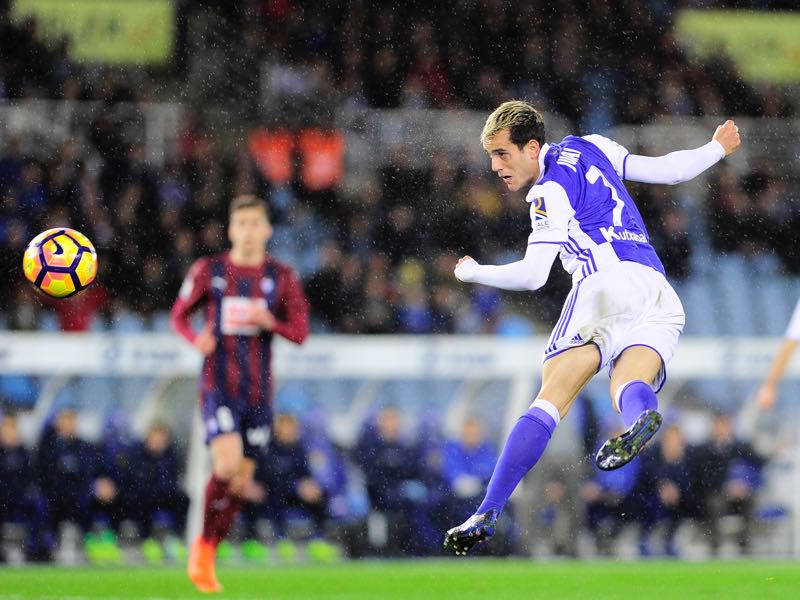 Juanmi will be a key player for Real Sociedad. (ANDER GILLENEA/AFP/Getty Images)

Emiliano Rigoni is rapidly starting to prove why Mancini believed in him. With only a season in top-tier Argentine football, the young winger from Córdoba seems to have adapted to the harsh Russian winter, the language barrier, European football and anything you can think of. With a stunning effort from the edge of the box onto the top corner against FK Vardar two weeks ago, Rigoni became the Europa League’s top scorer with six goals. The match against Real Sociedad 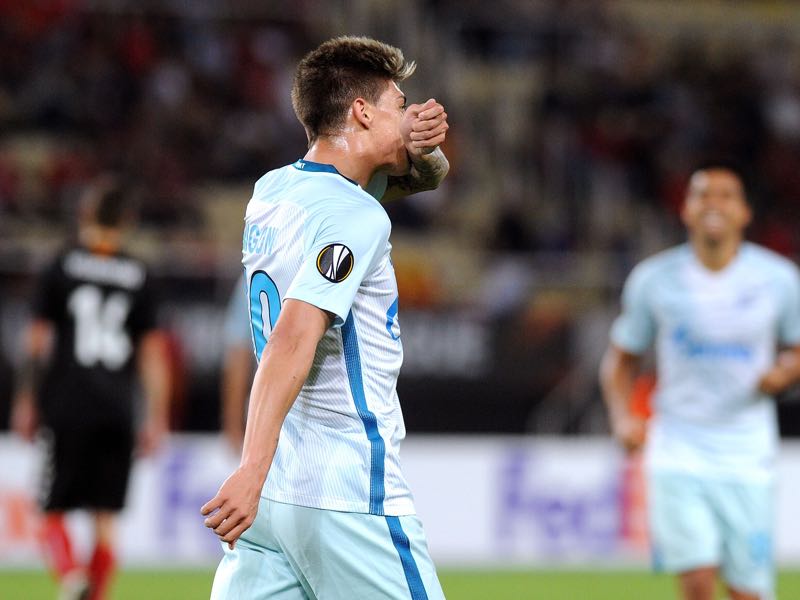