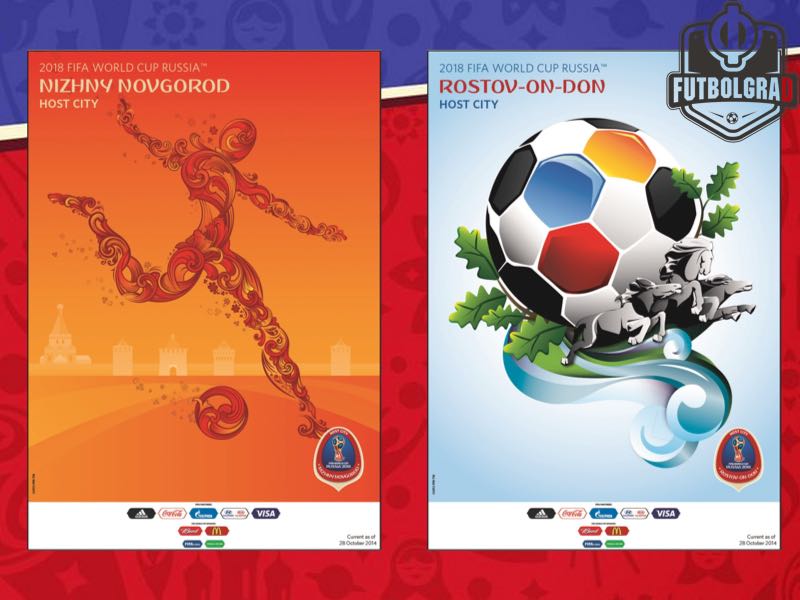 As mandatory by FIFA both stadiums saw their capacity reduced for their respective opening matches. The Rostov Arena, which will have a capacity of 45,000 for the World Cup, opened the gates to 12,736, who saw their home team defeat SKA Khabarovsk 2-0.

The three points were vital for FC Rostov – in the Champions League just last season – the club are fighting relegation from the Russian Football Premier League this season. It was also the first victory under head coach Valeri Karpin, who was appointed by the club back in December.

Staying in the league will be vital for Rostov this season given that the club will be calling the Rostov Arena their new home going forward. Critiques have feared that the selection of World Cup host cities will create several white elephants once the World Cup moves on to Qatar.

Cities like Saransk, Volgograd, Kaliningrad, Samara and Sochi all lack first division teams at the moment. Of those five only Kaliningrad have an outside chance of gaining a team in the first division with Baltika being ranked fifth in the FNL at the moment. Rostov going down would have added a sixth team to the list and with the club already struggling financially second division could be the final nail in the coffin for the club. 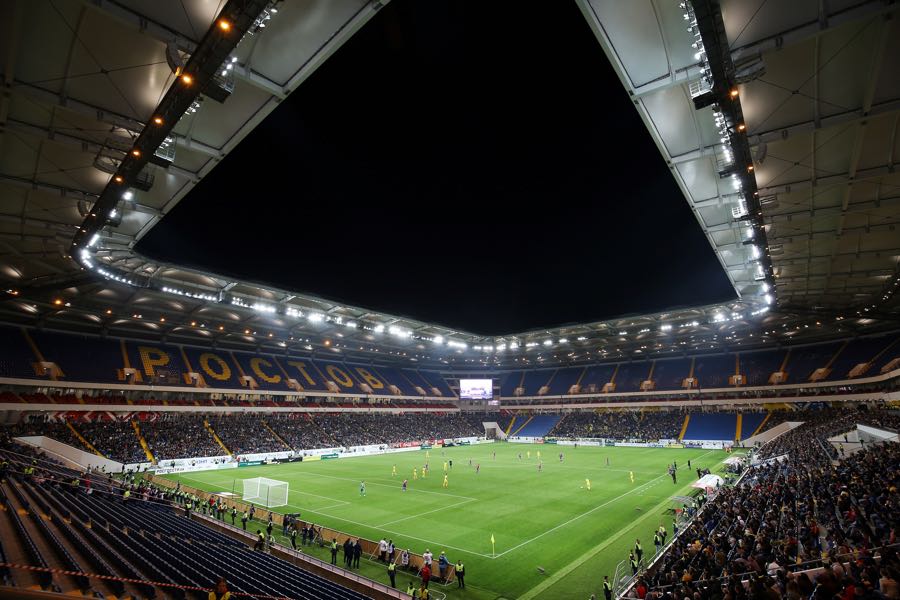 With Mordovia Saransk in the third division and no club in Sochi – although there is a rumour that FNL club Dinamo St. Petersburg could relocate to the city– Rostov’s victories are good news for the World Cup organisers. At the same time it will be interesting to see what will happen to clubs that are currently playing in the lower divisions but will be gifted a new stadium thanks to the World Cup.

Olimpiyets Nizhny Novgorod, who are the re-incarnation of Volga Nizhny Novgorod, are such a club. Olimpiyets’ predecessor Volga last played in the Russian Football Premier League back in 2013/14 before being relegated that season and then dissolved.

Olimpiyets have since picked up the pieces in Russia’s fifth largest city. With a population of over 1.5 million Nizhny Novgorod is predestined for hosting professional football. The new Nizhny Novgorod Stadium cost over €200 million to build and has a capacity of 45,000 and was partly opened for Olimpiyets’ home match against Zenit II.

Pictures posted by Sports.ru highlighted that several thousand people came out to watch Olimpiyets’ first home match at the new facility. Collecting one point against Zenit II Olimpiyets are an ambitious club that want to return to the RFPL in the near future.

This season, however, has been difficult with the club fighting against relegation to the third division. With 33 matches played Olimpiyets find themselves in 16thspot, which would mean relegation to the third division at the end of the season. Relegation would add another club to the list of clubs that have a World Cup stadium but are currently not represented in the first two divisions.

The form of the World Cup stadium clubs is perhaps the most worrying aspect of the World Cup organisers, who are hoping to build a long-lasting legacy of the World Cup in Russia. After all one of Olimpiyets’ main competitors in the relegation battle is Rotor Volgograd – another team that will play in a World Cup facility.

Loading...
Newer Post
Bayern school Leverkusen and clear the path to Berlin
Older Post
Frankfurt travel to Schalke to look for a second DFB Pokal Final in a row