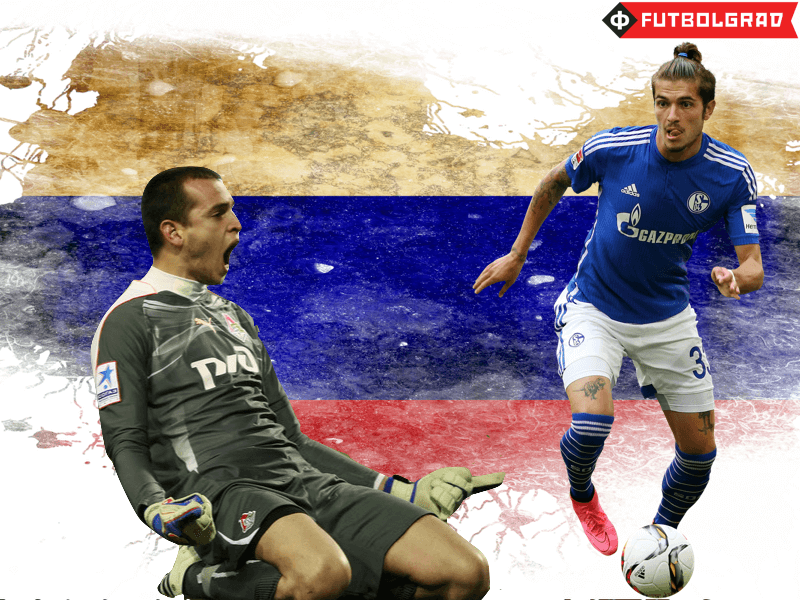 Russia Debates the Naturalization of Players

Naturalization of players has once again become a hot topic in Russian football. The possibility of naturalizing foreigners to play for the Russian national team first emerged in 2001 when the naturalized Cameroonian defender Jerry-Christian Tchuissé was called onto the national squad – although never played a game, then towards the end of last decade Spartak Moscow’s Brazilian forward Welliton was considered for naturalization and subsequently the national team.

Ahead of Euro 2016, which will take place in France, and the World Cup 2018 in Russia, the Russian authorities have said that they would use at least one naturalized player. The most likely candidate is German defensive midfielder Roman Neustädter, he was born in the former Soviet Union and is expected to be naturalized in February and could be called-up as early as March. Another candidate could be Lokomotiv Moscow‘s Brazilian goalkeeper Guilherme, who has lived in the country since 2007, and already holds a Russian passport. But what do their new potential teammates think of the possibility of naturalized players playing for Russia? Sovetskii Sport recently ran a piece compiling the views of several Russian squad members, which I have taken a closer look at below:

“I have a negative view of naturalisation. Many say they do this in Europe – but there’s a lot they do in Europe that we don’t understand…When the Russian national anthem is playing you have to feel it deeply. I can’t imagine how a player from another country listens to our national anthem – his heart doesn’t skip a beat.” 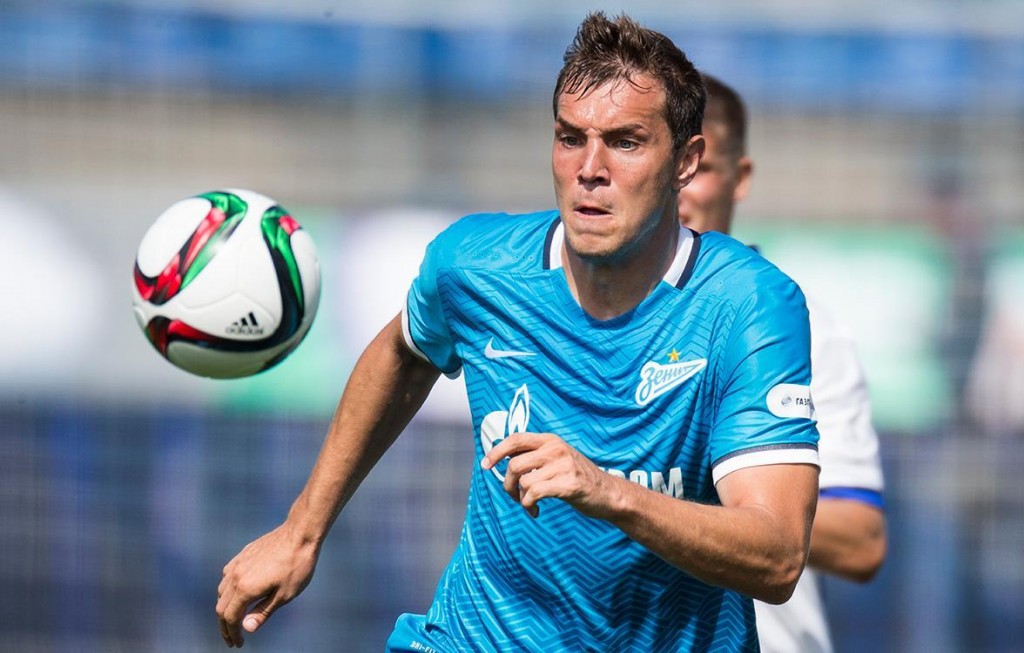 Artem Dzyuba is opposed to naturalization

“I’m a patriot – I think only Russians, that is those born in our country, should play…I can’t call a player Russian even if he lives here for ten years: even [teammate] Guilherme, [is] a wonderful footballer and person who knows our language well.”

Players who have changed their minds

“Welliton is a Brazilian citizen, so he should play for Brazil…I don’t think this attitude of they haven’t called me up so I’ll play for them instead is right. We’re not talking about club level football.”

“How do I react to Guilherme’s naturalization? I react well…If Guilherme is called up to the national team nobody will judge him. What’s the difference if he’s Brazilian, African or Russian? The main thing is that he’ll help the team.”

“On one hand the naturalized player might bring better results for the team. On the other hand, as a Russian—and don’t think I’m a Nazi—I want Russian guys to play.”

“If someone has been here for a long time and so is ‘Russified’ then of course [playing for Russia] is a possibility, but if a player has been here for two or three years mainly to earn money then it’s not the right decision—even if the player is a very good one.”

“In principle I’m fine with naturalization. The main thing is that isn’t doesn’t become constant, so that our national team doesn’t turn into the Brazilian national team.”

“To naturalize players is too simplistic an answer…it won’t solve the wider problems [of Russian football].”

“We can apply to become a citizen of another country, so why can’t a foreigner take Russian citizenship? … For some players the heart skips a beat when they hear the national anthem, for others it doesn’t, but I don’t think that has much effect on the game’s outcome. A legionnaire might not know the words of the national anthem, but he still has to give everything for victory.”

“Naturalization? If you mean Mario [Fernandes, CSKA defender] then I’d be very happy. He’s a really strong player and would help us greatly.” 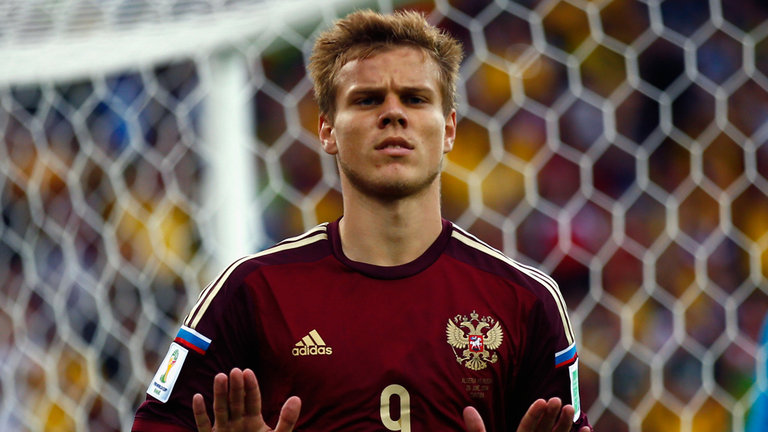 “I’m fine with naturalization. Holden played basketball for Russia and brought us some benefits. There will probably be a lot of jokes about it. But not more than that – we definitely won’t accept racism.”

So what does this tell us? For one thing there is a wide spectrum of opinions. There is no clear pattern in terms of generation—both younger and older players fall on either side of the divide, as well as sit on the fence. It seems a strong naturalized player should expect to face some skepticism from future colleagues.

An interesting linguistic point is the use of “Russkie” (i.e. ethnic Russians) by both Rebrov and Dzyuba to describe those who should play for Russia. One can only imagine they are using this somewhat erroneously to mean ‘someone born in Russia’, as some of the above quoted players (Dzagoev, Ozdoev) aren’t ethnic Russians either. Also interesting is Rebrov’s concern that he may be considered a ‘Nazi’ for not wanting non-Russians in the side—it shows an awareness of the need not to offend that might not have been seen ten or twenty years ago.

What were the fans’ reactions to these specific comments? Popular was Ozdoev’s pragmatic view of what’s needed to win games. A number of fans also reacted to Dzyuba’s comments by pointing out that his father grew up in Ukraine and his mother in Chuvashia. There was also the sense that Guilherme, given that he has lived for so long in Russia and learned the language well, has every right to be considered. Perhaps the final word, though, should rest with prapor-66, who left the following comment on the Sovetskii Sport website: “The great Russian Tsar Peter I, realizing there was no other way, invited foreign specialists to our country. But this was no panacea, so he also looked for talent within Russia … The right way, as always, is somewhere in the middle.”