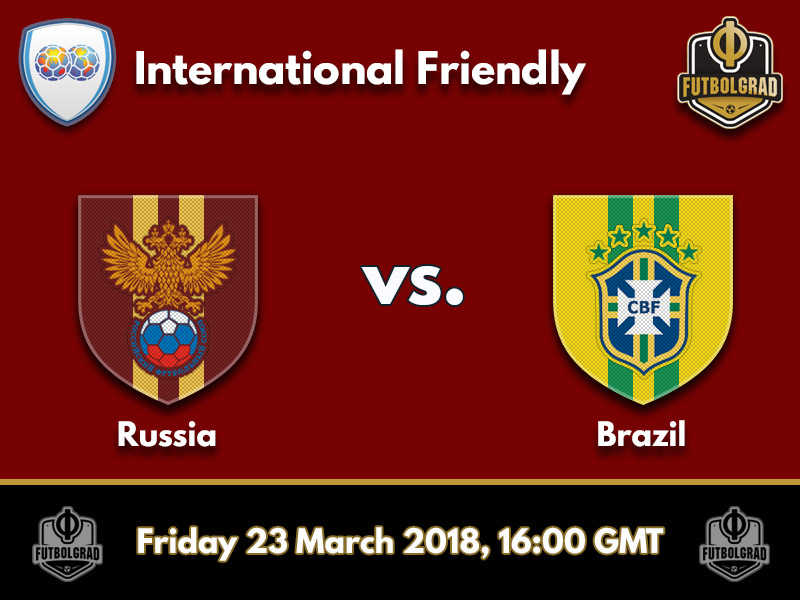 Russia vs Brazil will take place at the newly refurbished Luzhniki Stadium in Moscow. (Photo by Michael Regan/Getty Images)

Every way Stanislav Cherchesov turns, another player falls with a severe injury. After the farcical scenes last autumn when it was claimed that there wasn’t a single international outfit available to play the Russian national team, leaving Dinamo Moscow to fill in as ‘hybrid friendly’ opponents, the opportunity to further test Sbornaya against the very best in the world is slightly tainted by the enforced withdrawals. Brazilian-born Mario Fernandes is still at least a month away from regaining fitness, but the latest scare is Ruslan Kambolov who limped out of training ahead of this friendly with a muscle strain in his left buttock. The versatile Rubin Kazan defender, who is equally adept at playing as a holding midfielder, would have been confident of starting given the absentees in his department.

Georgi Dzhikia and Viktor Vasin are already ruled out of the World Cup – despite the former’s social media posts suggesting a late charge to regain fitness – not to mention the international retirement of the Berezutskiy twins Vasiliy and Aleksey, leaving defensive options thin on the ground. Cherchesov has been steadfast in his vision of playing a back three for the national team he once represented as a goalkeeper, which means that he will have to turn to the experienced head of Vladimir Granat and Roman Neustädter or put faith in the out-of-form Ilya Kutepov. Aleksandr Kokorin’s recent anterior cruciate ligament injury leaves a space in the squad up front, and a possible reshuffle of formation, but at this late stage it is likely the backline will remain as a three.

Fyodor Smolov was already guaranteed a starting place with his undisputed status as Russia’s number one forward, but the big question remains who is likely to start alongside him – or whether he will play as a lone frontman. The favourite to compliment his predatory instincts is Lokomotiv Moscow’s darling Aleksey Miranchuk as a free number 10, backed up by a solid midfield of Denis Glushakov, Alan Dzagoev and Aleksandr Golovin. The hugely encouraging showings last November against Lionel Messi’s Argentina and Spain will be a massive boost ahead of two more former world champion, but the pressure is steadily mounting on not just the players’ form but also their fitness.

The significant headline act will be absent from Tite’s thrilling setup in Moscow, but the understudies are of such high class it is of little relief. Neymar Jr picked up a broken metatarsal injury in February that will keep him out until the domestic season is all but over, although it is understood his club side Paris Saint-Germain and national team are confident he will be fit for the finals themselves. In his place could, in theory, be any of Roberto Firmino, Willian, Taison, Willian José or Douglas Costa, but the expectation is that it will be the latter.

Brazil’s allure comes from a long history of success on the world stage and an electric style, but they have serious ghosts to banish from their heaviest-ever defeat. The utter humiliation of a home World Cup semi-final 7-1 thrashing at the hands of Germany – whom they face next week – still burns on the national psyche. After a horrendous start to their qualification campaign under Dunga, it seemed the burden would unthinkably threaten their place at the finals for the first time, but Tite’s magic touch swung back their fortunes to see O Canarinho become the first nation to confirm their spot after the hosts.

Although there are an embarrassment of riches to call upon, Brazil must still learn how to live without their talismanic star. Neymar is already the country’s fourth-highest goalscorer of all time, but if his injury problems don’t fully subside by June, an alternative plan will be essential. After making the unusual step of confirming 15 of his 23-man squad for the summer, Tite has shown a huge amount of confidence in his chosen core – now they must show they have the adaptability to work in different systems.

Russia vs Brazil – Players to Watch

In the absence of Aleksandr Kokorin, the burden of creating chances for the main man Fedor Smolov lies heavily with the Lokomotiv Moscow star. Miranchuk has been on sublime form this season, striking up a fantastic understanding with Manuel Fernandes at club level, and playing a variety of nuanced roles to display a heightened level of maturity. With his expected role behind Smolov the only tangible link between a compact midfield three and the front line, Russia’s chances of breaking behind the combustible Brazilian anchor Casemiro lie with the fleet-footed youngster. As one of Russia’s most in-demand marketable young stars, this summer is a huge platform for his talents, and Brazil offer one of the sternest tests.

Aleksey Miranchuk is having an excellent season with Lokomotiv Moscow. (Photo by Epsilon/Getty Images)

The Barcelona star is likely to be asked to move back into a midfield three, a role he played at Liverpool last season to mixed effect. Circumstances are far different of course, with a more talented group of teammates around him to share the responsibility, but his ingenuity to supply a lightning-fast front three. Cherchesov has some reshuffling to do in defence, but the system is known and used by most players at club level and will provide numbers to mark the attacking threat. Coutinho from deep, however, could be the most challenging element in this equation. 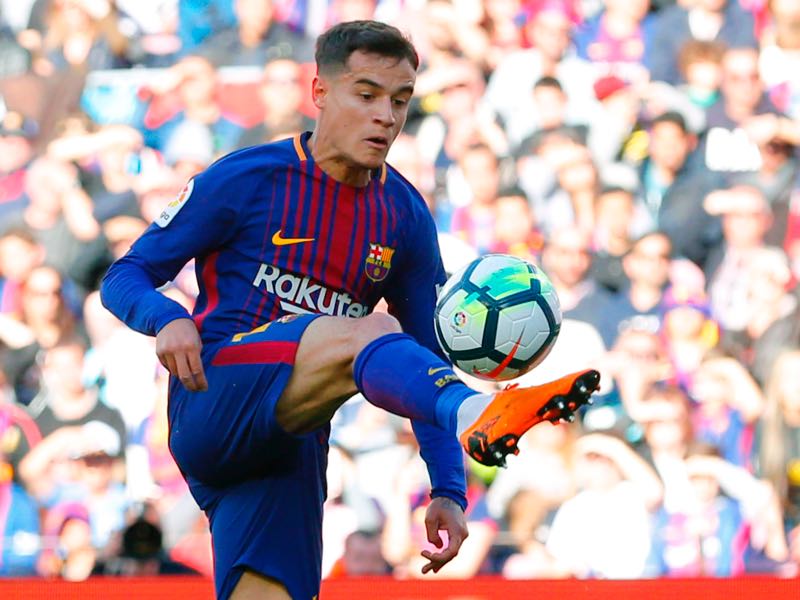 Philippe Coutinho has been excellent for his club Barcelona lately. (PAU BARRENA/AFP/Getty Images)