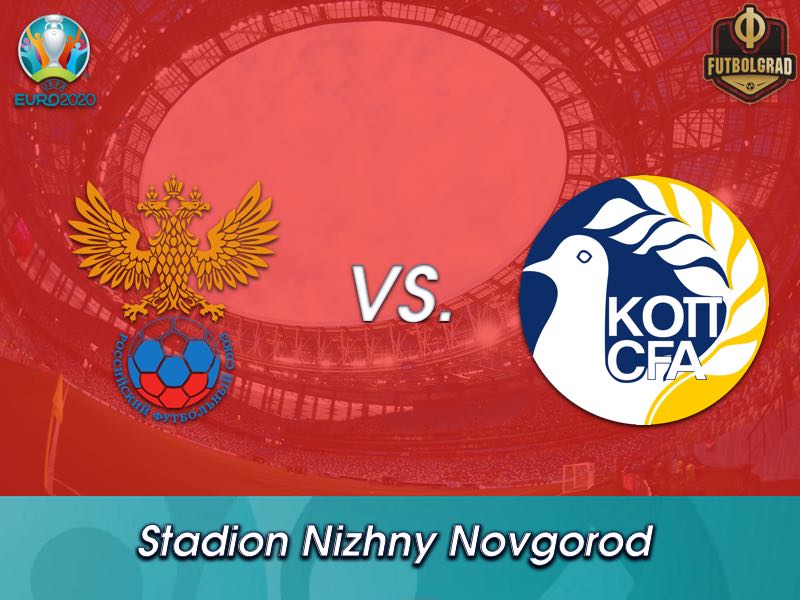 Against the might of the second-smallest FIFA-registered nation, Stanislav Cherchesov somewhat surprisingly sent out arguably his strongest XI at the weekend to humiliate San Marino. The resultant 9-0 thrashing – which in truth should have been much more embarrassing for the visitors – even led to an outpouring of sympathy for the hapless Sammarinese goalkeeper on social media. Quite what lessons were learned, it is hard to say, but the result did warm up Russia for this game against Cyprus with a healthy does of confidence and form.

Artem Dzyuba was utterly dominant leading the line, holding attacks together and occupying the defence for his midfield to make dangerous runs past the last line. Cyprus are likely to play with a back three, which might mean a partner is required to break down the visitors, but after the record-breaking scoreline, anything other than another clear victory will be a huge disappointment. It has been years since Russia has held any meaningful expectation. With a comfortable chance to cement their second place in the group chances of appearing at next summer’s tournament are developing steadily.

With the domestic season starting again in just over four weeks, it is unlikely the entire starting XI from the San Marino match will be named from the beginning. With the different style, formation and level of opposition it is a golden chance for Cherchesov to unleash some of the fringe contingent. Russian Cup final matchwinner Dmitri Barinov made his debut off the bench last time round and will surely be involved at some point, while the Miranchuk twins have eager backups in the shape of Reziuan Mirzov and Aleksey Ionov.

Steve Clarke’s first game in charge of Scotland saw Cyprus come within a whisker of claiming a commendable point at Hampden Park, before an Oli Burke winner in the last minute gave the hosts a late 2-1 win. Before the game, Ran Ben Shimon had insisted his players could cope with the situation. “Pressure is all around us, and I believe players these days know how to handle pressure,” he said before the clash. “Of course it works both ways because the motivation is very high for Scotland, they have a new manager.” Given that it took over an hour for an Andy Robertson firecracker to break the deadlock and a last-gasp winner to seal the win, he may have had a point.

There was little chance of the Mediterranean island nation making history by breaking into the top two in Group I and qualifying for next summer’s finals anyway, but their faint hopes have effectively been snuffed out already. With a third-placed UEFA Nations League group finish leaving no second chance via the playoffs, motivation will be low for Ran Ben Shimon’s side. Of the current crop, only two regularly appear in the top flight outside Cyprus; the lack of high-level experience combined with the realities of competitive group-stage football will make his job that much harder.

Cypriot football went through a brief breakthrough phase around the start of this decade in club competition with three Champions League group stage appearances capped by APOEL Nicosia’s quarter-final appearance in the 2011/12 season. Lyon were knocked out on penalties before Real Madrid ended their gallant hopes. On the international stage, however, there has been no such recognition. In Nizhny Novgorod, it is highly unlikely to change.

Russia vs Cyprus – Players to Watch

Captain Dzyuba is flourishing once more after a stale period towards the end of 2018. Cherchesov placed faith in the perennial joker and has been richly rewarded with a mature leader who is scoring for fun. Four goals against the minnows of San Marino don’t tell much of a story in themselves in fairness; perhaps more noteworthy was his inclusion in an all but meaningless home fixture alongside the full-strength side. His first touch was exceptional all game as he drew his teammates into play against a stubborn but extremely limited visiting side. Cyprus have more quality, but not significantly so, and Dzyuba’s selfless display will be important in ensuring that no unpleasant surprises are sprung.

Given that Cyprus will have a fair amount of defending to do, their success will hinge largely upon the performance of Konstantinos Laifis. He has never quite made the breakthrough at an elite level; he didn’t make it beyond the under-18 level in Nottingham Forest’s youth system, and although he later earned a move to Olympiakos, he never made an appearance for the Greek giants as he was sent out on loan to Standard Liège. Three years later, and he has become a fixture at the heart of his national team’s defence. A very mobile defender with sharp acceleration, his recovery work will be important to keep matters respectable, but on the ball, he is a very capable passer into depth so should be watched closely. 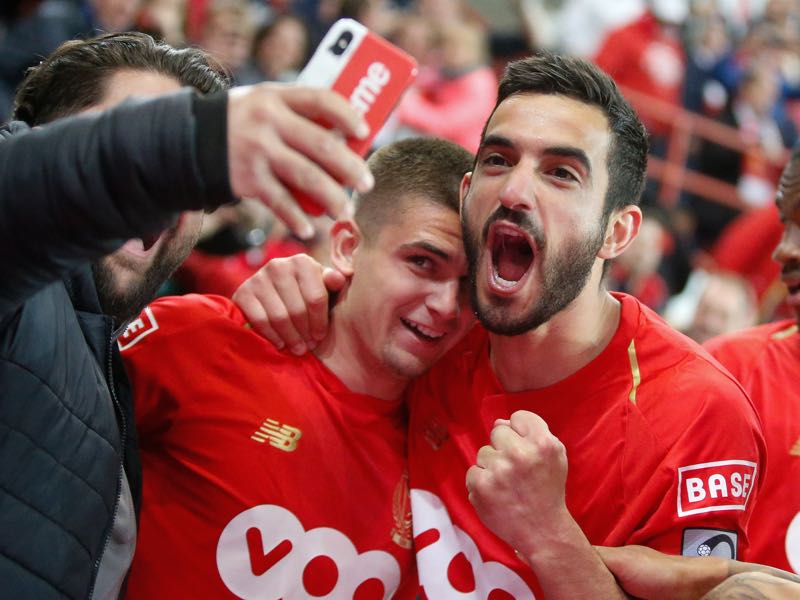 Konstantinos Kostas Laifis celebrate during a soccer match between Standard de Liege and Club Brugge, Thursday 16 May 2019 in Liege, on day 9 (out of 10) of the Play-off 1 of the ‘Jupiler Pro League’ Belgian soccer championship. (BRUNO FAHY/AFP/Getty Images)