The result against CSKA Moscow on Sunday means that Spartak are now eight points clear of second-placed Zenit Saint Petersburg, who quickly dispatched Tom Tomsk 2-0 away from home. CSKA in the meantime suffered their first defeat in the Viktor Goncharenko era, and are now ten points Spartak in third place. The results on the weekend, in fact, mean that CSKA are now not only effectively out of the title race, but will have to fear for their Champions League spot as well.

Spartak Moscow will now host Tom Tomsk at home and then travel to Perm to face Amkar before hosting Grozny, and rounding up the league campaign on May 20 against Arsenal Tula. The schedule makes it likely that Spartak will have the league wrapped up in the next two matchdays, which would make the Champions League race the most exciting aspect of the league.

Who will reach the Champions League and the Europa League?

Both CSKA Moscow and Zenit Saint Petersburg face a relatively easy schedule in the last four matches. That said both clubs face opposition that could become a possible stumbling block. CSKA Moscow will travel to Rubin Kazan on matchday 29, and while Rubin have not had a good year, the Tatarstan-based side is strong enough to give CSKA a run for their money. 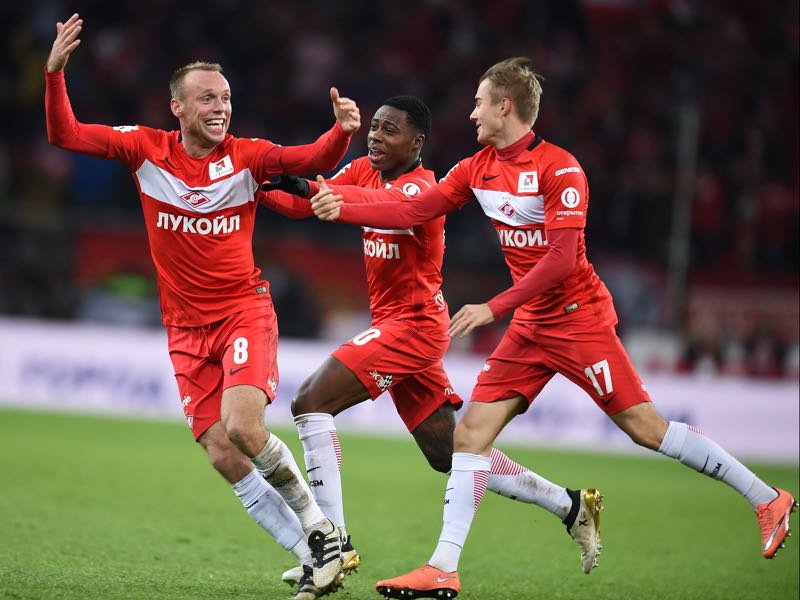 Spartak have all but secured the Russian Football Premier League title. (Photo by Epsilon/Getty Images)

On a first glance, the two-point gap would, therefore, favour Zenit for the Champions League race. But given the fact that Zenit have the more difficult schedule, have been inconsistent all season, and are under pressure, because their squad was built with Champions League football in mind, CSKA may have a slight advantage over Zenit in the race for the final Champions League spot.

Further down the table the race for positions also remains attractive. While Terek Grozny have said goodbye to potentially reaching the Europa League, a fact that would save UEFA a massive headache given the recent appalling human rights abuses against the LGTBQ community in Chechnya, Rostov are now in fifth place just three points behind Krasnodar.

FC Rostov seem to have overcome their European blues and have now won three games in a row including an impressive 3-0 performance against Spartak Moscow. Their schedule will now see them travel to Arsenal Tula before they host Rubin Kazan, and then spent two games on the road against Anzhi, and Orenburg. Of all the teams in the top five, this might be the easiest schedule, and it would therefore not be a major surprise if Rostov manage to catch Krasnodar and secure a spot in the UEFA Europa League.

In the relegation race, Tom Tomsk are pretty much relegated. The club from Siberia faced bankruptcy during the winter break, and the future remains uncertain as the club returns to the second division Football National League. The three clubs ahead of Tom, however, are still locked in a fight over who will go down directly, and who will play in the relegation/promotion playoff against the third and fourth-placed team of the FNL. 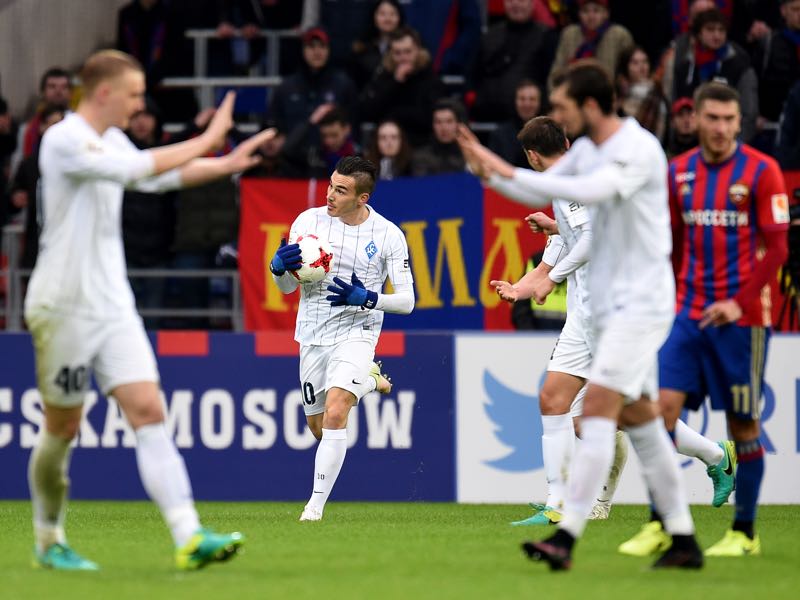 Cristian Pasquato of FC Krylia Sovetov Samara still has some work to do if he wants to play in the top flight next season. (Photo by Epsilon/Getty Images)

The three clubs, Orenburg, Samara, and Arsenal Tula, are, however, just separated by two points. Orenburg are currently in 13th spot with 23 points, followed by Krylia Sovetov with 22 points, and Tula with 21 points. This means that the remaining four games will be a tight race to avoid the straight drop to the second division.

Who will be promoted to the Russian Football Premier League?

Speaking of the FNL one of Russia’s most historic clubs, Dinamo Moscow has already secured their return to the Russian Football Premier League. Dinamo was one of only three post-Soviet teams to have never been relegated, the other two are Dynamo Kyiv, and Dinamo Tbilisi, but had to take the tough road to the second division after a dismal campaign last year.

The other team that will follow them is Tosno, who have all but mathematically secured promotion to the RFPL. With four games left to play, Tosno are now twelve points clear of third-placed Yenisey Krasnoyarsk, and are all but secured a place in the 2017-18 RFPL.

Whether any club will follow Dinamo, and Tosno to the RFPL remains to be seen. Yenisey, and SKA Khabarovsk, who are fifth behind promotion ineligible Spartak-2, are the likely candidates to make the playoffs at the moment. Both sides are located in Russia’s Far East, and the promotion of either side would mean a logistical nightmare for Russia’s top flight.

Neither Yenisey, nor SKA, are ensured their playoff spots yet, and with Shinnik Yaroslavl, and Tambov experiencing a late surge up the table it could be possible that one of those two clubs could still make the playoffs. Then there are the playoffs themselves, which traditionally has favoured the Russian Football Premier League clubs.

Regardless while the title race is seemingly decided there are still many reasons to follow the conclusion of this year’s Russian Football Premier League.