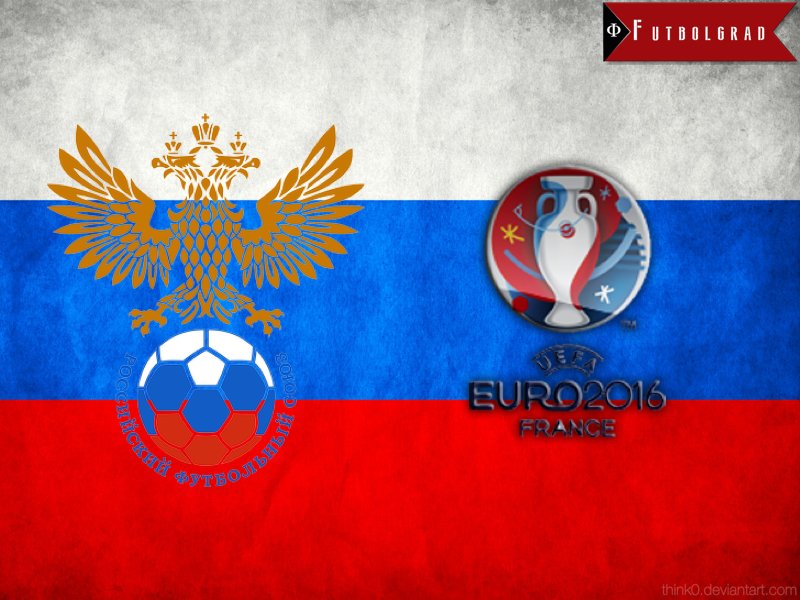 As Leonid Slutsky named his squad for Euro 2016, a familiar pattern emerged: the lack of foreign-based players. Of the 23-man squad, 22 play in Russia. The only exception is Roman Neustädter of Schalke 04, who was born in Soviet Dnipropetrovsk, but grew up in Germany. In fact, only England have less players based abroad.

The inclusion of Neustädter at least means that there is a small improvement over Russia’s 2014 World Cup squad, which included no players from abroad. 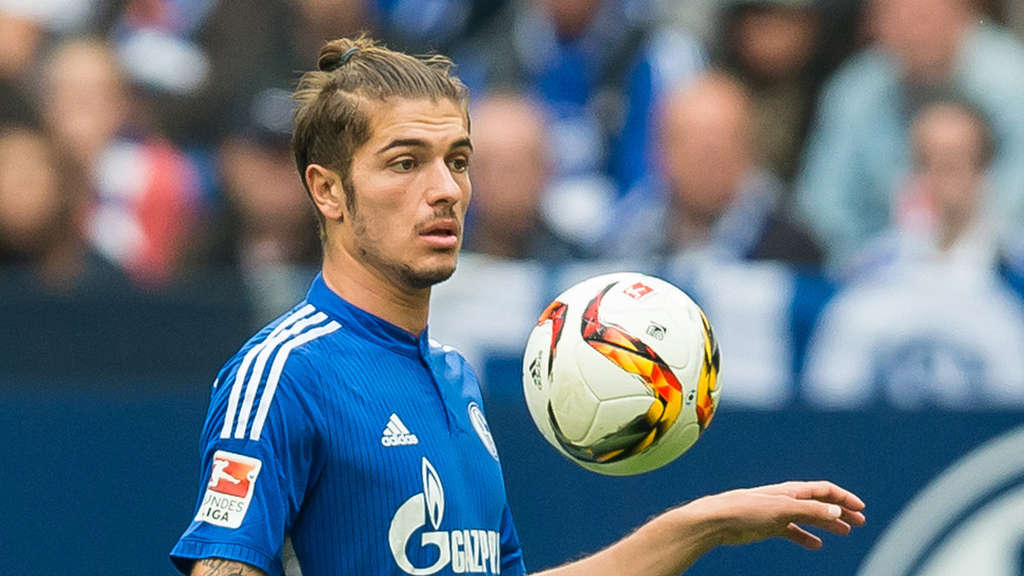 Schalke’s Roman Neustädter is the only foreign based player in the squad – Image via tz.de

There are several reasons for this state of affairs. The economic dynamics of Russian football play a huge part, as well as the shortcomings of Russia’s system of player development.

Arguably the biggest factor in the lack of Russian players abroad is the long-standing quota system in the Russian Football Premier League (RFPL), which was recently extended to a minimum of five homegrown players—this rule is commonly called the 6+5 rule. The move was intended to stem the flow of foreign players, or legionnaires, as they are known in Russia, to give more Russian players exposure to first team football in the RFPL. 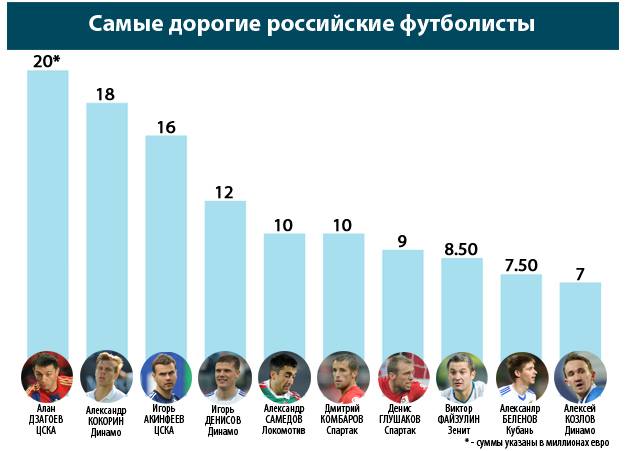 The rule has meant that Russian players have now become a premium commodity in Russia; as clubs fueled by wealthy owners desperately attempt to meet their quotas (more on this here). As a result, Russian players now command a transfer fee and wage inflated far above their true value.

Earning astronomical wages at home, while also paying very little taxes in comparison to most Western European countries—for example the tax rate for players in Russia is only 13% as they are officially listed as artists. Hence, Russian players have very little economic incentive to try their luck in more competitive leagues abroad.

Another contributing factor might be the fact that Russian players in the past have failed to make a mark in major European leagues. One example is the wave of Russian players after Euro 2008, when Russia’s impressive performance piqued the interest of some of the continent’s biggest clubs.

In the summer of 2009 Yuri Zhirkov was transferred from CSKA Moscow to the London-based club Chelsea for a Russian record fee of €20 million. Zhirkov, however, never fully establish himself as a first team regular, and after two years was sold to Anzhi Makhachkala.

There were also big hopes for Roman Pavlyuchenko when he arrived at Tottenham Hotspurs in the summer of 2008. But the striker could never emulate his Euro 2008 goal scoring heroics, and found himself often on the bench at Tottenham. After four unfruitful years, he was sold to Lokomotiv Moscow in 2012. 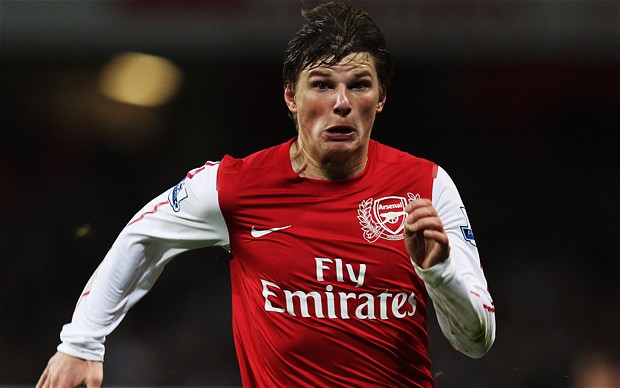 Perhaps the biggest enigma was Andrey Arshavin. He was considered one of the brightest stars of Euro 2008. His silky skills and technical ability seemed to make him an ideal player for a big European club. Arshavin moved to Arsenal in January 2009 but his performances for Arsenal were very inconsistent. Whilst he had his moments, he ultimately could not truly settle down to become a great star at the club.

There is another harsh truth that needs to be confronted. Russia simply does not seem to produce enough quality footballers. Considering Russia’s population, it is punching below its weight in terms of player development.

Some argue that this is in part due to the turmoil that followed the breakdown of the USSR in the 1990s. The ensuing economic crisis had an impact on the larger football infrastructure, and the ability of children to pursue the sport. The after effect is being felt in today’s generation of players, who would have grown up during this time.

Perhaps a more tangible explanation would be the historical neglect, underinvestment and poor management of Russian football’s youth development system. 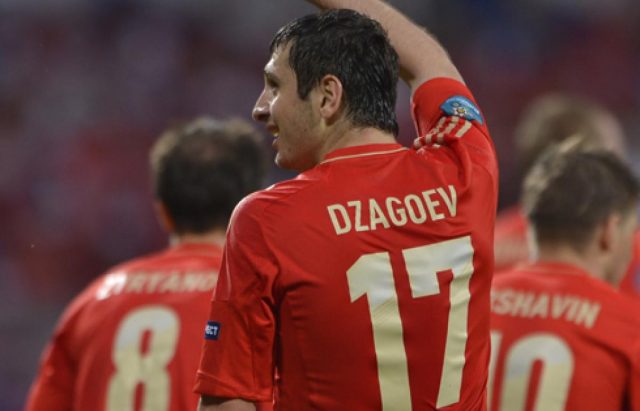 Alan Dzagoev is a graduate of the Yuriy Khonoplyov Academy

Things have progressively started to change. For example, Roman Abramovich invested heavily in the Yuriy Khonoplyov Academy in Togliatti, which produced CSKA Moscow playmaker Alan Dzagoev. Furthermore, there were signs of hope after Russia won the U-17 European Championships in 2013, and reached the final of the 2015 Under-19 European Championships, which they lost to Spain.

It remains to be seen whether this young crop of players will fulfil their potential and play across Europe, rather than stagnating at home like their predecessors.

The Outlook for the 2018 World Cup

If Russia wants to become a serious competitor when they host the World Cup in two years time, their top players need to gain exposure in world class football, which the Russian Football Premier League can currently not provide. Too often Russia have seemed overawed and out of their depth when playing in major tournaments. The experience of playing with and against the best players in the world on a regular basis can give Russian players that extra edge and footballing maturity they desperately need.

In order for that to happen fundamental reforms are needed. The continuing improvement of the footballing infrastructure and the academy system is an important prerequisite. More immediate gains could also be achieved by abandoning the 6+5 rule.