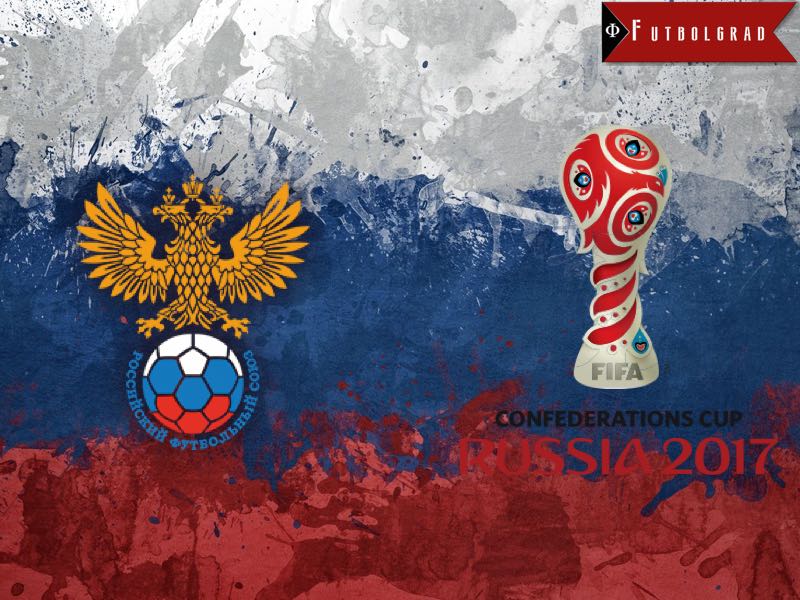 The Sbornaya have been eliminated from the 2017 FIFA Confederations Cup. Needing a win in the last group stage match against Mexico Russia’s head coach Stanislav Cherchesov fielded a more adventurous side than against Portugal. At the same time starting Aleksandr Bukharov over Dmitry Poloz will be one of the major discussion points going forward.

Leaving Poloz off for Bukharov meant that Fedor Smolov was once again a bit isolated. The Krasnodar forward needs someone who can play behind him to fill the line between attacking midfield and the top end of the pitch. Poloz is predestined for that role, Bukharov, on the other hand, his a target player, who would have been better suited for a deep sitting defensive line.

But with Mexico having up to 62% at times Russia did not need a bulky forward up front, but a dynamic player, who could support Smolov in the transition game. In the end, Smolov was too often isolated and forced to make plays happen himself. Smolov often had to go deep and carry forward the ball to make attacking plays happen. Ironically it was one of those situations that led to the opening goal by Russia.

Smolov picking up the ball in Mexico’s half cut in and finished with a magnificent strike that hit the post. The ensuing confusion in Mexico’s defence led to Aleksandr Samedov being left completely unmarked in the box, and the Spartak winger made no mistake to make it 1-0 for Russia in the 24th minute.

Igor Akinfeev Once Again was the Sad Protagonist for the Sbornaya

At that point, Russia were well underway to secure second place in Group A and advance to the semi-finals. Mexico, however, were un-faced and equalised seven minutes later when Néstor Araujo headed home a long ball played into the box. It was a great play, and a great goal, but Igor Akinfeev looked like he could have done better. The CSKA Moscow goalie remained rooted to the line and should have challenged Araujo.

Akinfeev was then also the protagonist to the second goal. PSV Eindhoven’s new signing Hirving Lozano escaped the entire defence when a long ball was played out of Mexico’s half, but Akinfeev, who could have easily collected the ball, misjudged the ball, and Lozano managed to squeeze the ball home. From there on Russia had a mountain to climb and matters were made worse when Zenit Saint Petersburg Yuri Zhirkov was sent off for a high elbow.

Even with one man down, Russia kept coming, but the Sbornaya were unable to overcome a well-organized Mexican squad. In fact, El Tri played the second half exactly as expected. Head coach Jesus Carlos Osorio had his players well set up for the match, and there was never any doubt in the second half that Mexico would advance. 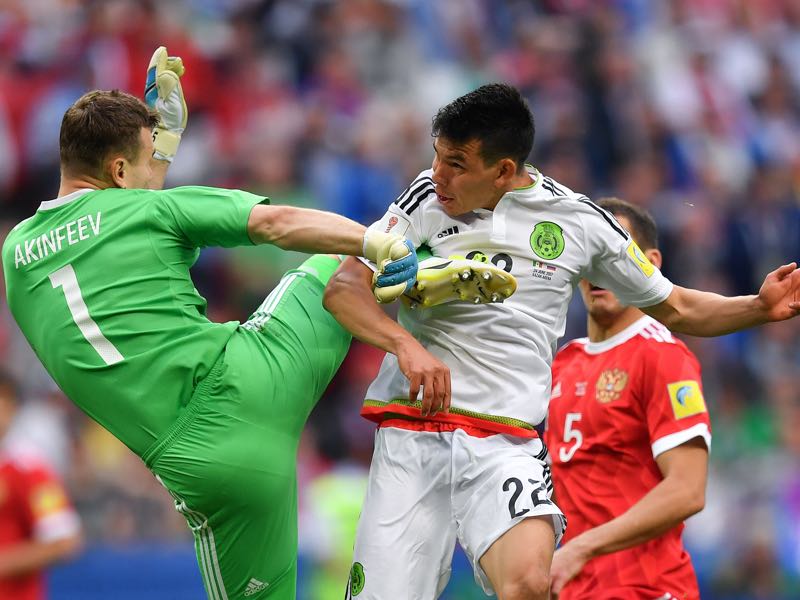 Igor Akinfeev will have to take the blame for misguiding the situation ahead of Mexico’s second goal. (YURI CORTEZ/AFP/Getty Images)

The main question is now what this result will mean for Russia and the Confederations Cup? In our predictions ahead of the tournament the Futbolgrad Network suggested that Russia will likely be eliminated at the group stage. At the same time, the results can also give some hope to the fans of the Sbornaya. Stanislav Cherchesov, although he has made mistakes, has been steadfast on integrating new players and getting his squad to buy into his system. Perhaps his biggest mistakes were to play too cautious against Portugal and to bring Bukharov in the second game.

At the same time one could argue that Cherchesov got his tactics right and that Russia would have advanced had, Igor Akinfeev managed to control his box. The head coach was therefore undone by individual mistakes rather than collective failure. Igor Akinfeev on the other hand now faces the difficult question of whether he still has what it takes to play for the Russian national team. There are some alternatives in the squad, but perhaps Cherchesov needs to go beyond Russia and call-up young keeper Anton Mitryushkin, who has had an outstanding season for Sion in the Swiss Super League. 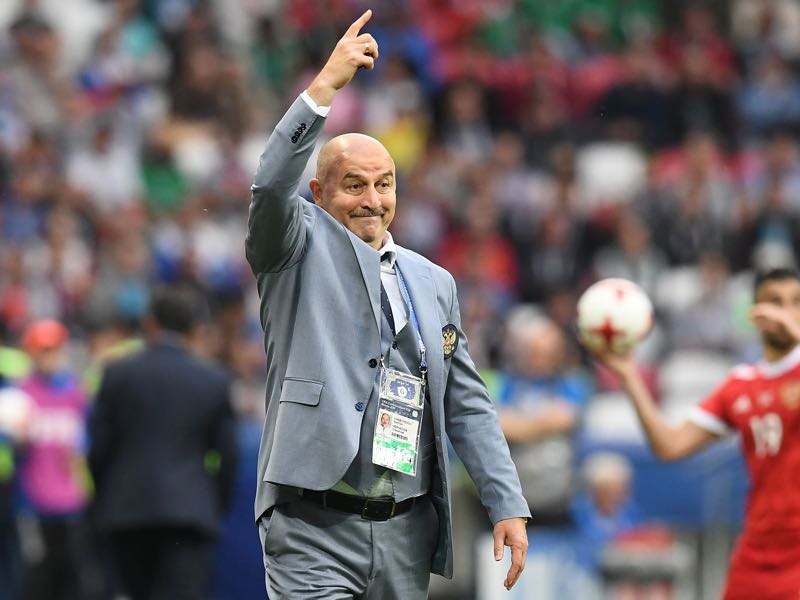 The second question will be how Russia’s elimination will affect the tournament? Russia already struggled to sell tickets to the games, and only Russia’s game against Portugal was sold out during the group stages. Even tonight the Kazan Arena had many empty seats and with the Sbornaya out it will be unlikely that ticket sales will increase. Of course, poor attendances have not just been down to the Sbornaya. The major issue, in fact, has costs and with tickets costing between $15 and $100, even for meaningless games like Portugal’s group stage match against New Zealand, it was no surprise that Russians, who can’t afford those prices, stayed away.

Hence, both FIFA and Stanislav Cherchesov will have to make some adjustments for next summer. But where it is unlikely that FIFA will introduce lower ticket prices expect Cherchesov to keep working on reforming the national team until next summer’s tournament. Whether the time will be enough to build a competitive team, however, remains to be seen.