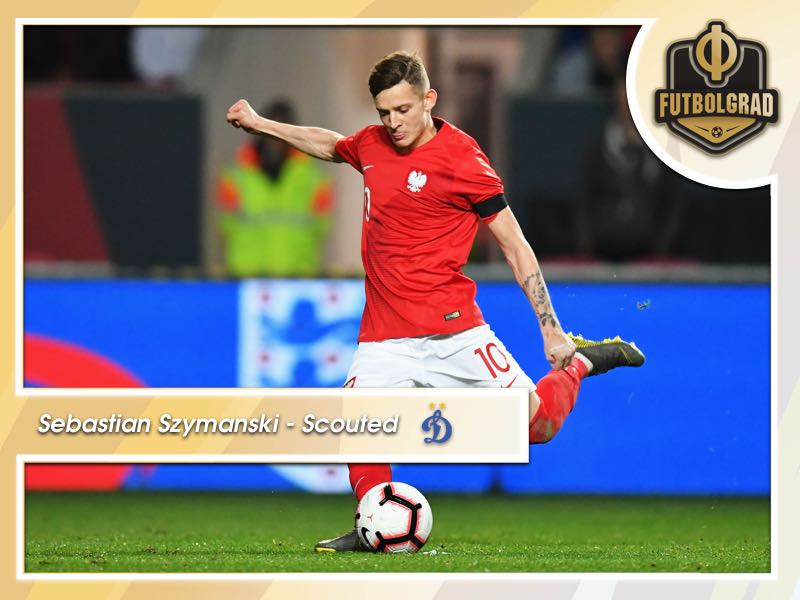 Sebastian Szymanski – The face of a new Dinamo Moscow

Dinamo Moscow have been busy in the transfer window, and it appears that they are not quite done yet as they have been heavily linked with Borussia Dortmund’s Maximilian Philipp and have already signed forward Clinton N’Jie from Olympique Marseille. One transfer that was done early was the signing of Sebastian Szymanski from Polish side Legia Warsaw.

Bringing in Sebastian Szymanski, in fact, might be one of the most extraordinary transfers of this summer’s Russian Premier Liga transfer window. The 20-year-old Polish attacking midfielder was linked with various clubs in Western Europe but also Dinamo’s city rivals CSKA Moscow. In the end, Dinamo Moscow won the race for the talented 20-year-old paying €5.5 million plus bonuses.

What makes this transfer fascinating is that it highlights the return of the old Dinamo Moscow. After several years of hiatus following UEFA’s Financial Fair Play punishment and problems with the stadium the club is once again firmly in the hold of one of Russia’s biggest banks VTB.

Much of the club’s hiatus was due to the World Cup. Back when the country was awarded the tournament Moscow was given the opportunity to host games in two stadiums. One of those stadiums was always going to be the Luzhniki. Whichever club would manage to finish their stadium first would then be awarded the rights to host games in that facility.

Dinamo, CSKA and Spartak all started stadium projects. But Spartak Moscow under the ownership of Leonid Fedun got their first, and the Spartak Arena became an official FIFA host stadium. Meanwhile, with Dinamo being banned and stadium construction at the Petrovsky Park slowed down VTB put their football project on the backburner.

Then this summer the new VTB Arena finally opened its doors. It is a magnificent facility and with it, the stadium poised to generate income VTB re-acquired the club’s shares but at the same time also ensured that the club would be run by a new management team, with head coach Dmitri Kokhlov as the centre-piece, that is supposed to target young players that can be developed. 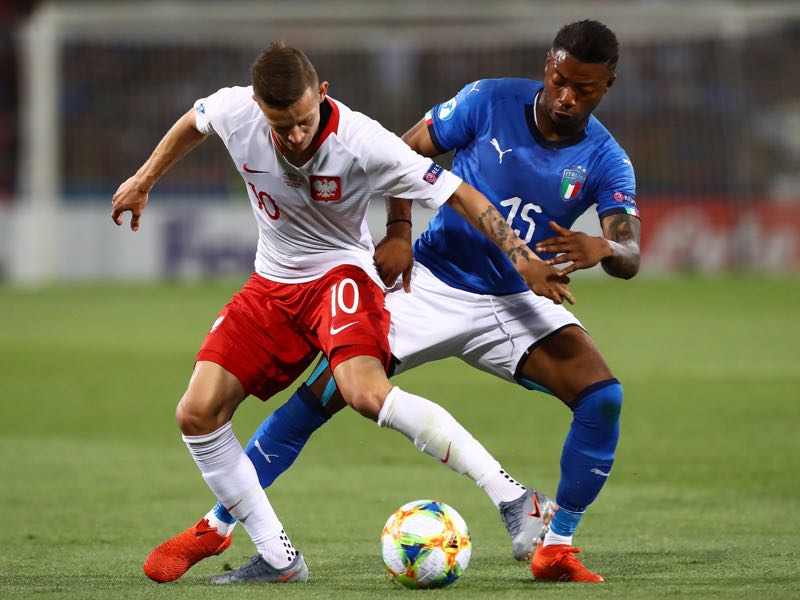 Sebastian Szymanski of Poland competes for the ball with Claud Adjapong of Italy during the 2019 UEFA U-21 Group A match between Italy and Poland at Renato Dall’Ara Stadium on June 19, 2019 in Bologna, (Photo by Marco Luzzani/Getty Images)

In other words, players like Sebastian Szymanski. The Polish U21 attacking midfielder can play almost any role in attacking midfield and can even be utilised as a central midfielder as well as a defensive midfielder. In 34 Ekstraklasa games with Legia Warsaw, last season Sebastian Szymanski managed two goals and seven assists. Furthermore, Szymanski has played 16 games for Poland’s U-21 in which he scored three goals.

At the same time, there is no doubt that Szymanski will have to do some adjusting from the Ekstraklasa to the Russian Premier Liga. Without a goal and an assist in his first three games for Dinamo Moscow, he managed a pass completion of just 75.3%.

Dinamo collected a 1-1 draw against Arsenal Tula, lost 0-1 to Rubin Kazan and defeated Ural 2-0 in the first three games of the season. Sebastian Szymanski played the full 90 minutes in all three games, and while he struggled to connect with his teammates at times, his 75% won out of 3.83 dribble attempts per 90 minutes highlight that he can take on players in 0ne-v-one situations in this league.

The heatmap also highlights that he was more active on either wing for Legia last season. That indicates that Sebastian Szymanski is still trying to get comfortable with Dinamo Moscow’s play under head coach Kokhlov. At the same time, his ability to pick out passes and his ability to play various positions in the forward line make him a fantastic asset for a Dinamo side looking for a new image. Finally, at 20 there is still plenty of room to grow, and under the right tutelage Sebastian Szymanski could develop into the sort of player VTB wants to see at this new look Dinamo Moscow side.