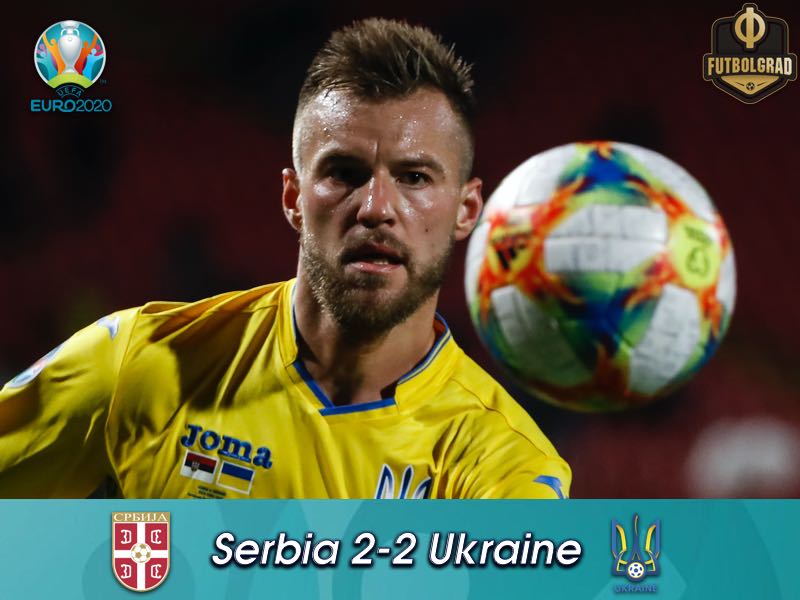 Serbia v Ukraine – Despite a lackluster performance, Ukraine held Serbia to a 2-2 draw. The result means the Zbirna finished at the top of Group B while the Eagles finished third. Ukraine will advance to the 2020 European Championships while Serbia will look to qualify for next summer’s competition via the second-round playoffs.

Too Little, Too Late for Serbia

The Serbians started the game strong as they took the lead early on in the match. Knowing they needed a victory to potentially earn automatic qualification to the 2020 European Championships, the Eagles pressed hard against the Ukrainian defense. Despite Serbia taking early leads in both the first and second halves, however, the Eagles drew the match with Ukraine. The result means that the Eagles will now have to qualify for the 2020 Euros via the second-round playoffs.

Having drawn 2-2 with Serbia on Matchday 8, the result means Ukraine went undefeated in the 2019 calendar year. This is the first time in the Zbirna’s history where they have gone undefeated in an entire calendar year. Ukraine played 10 matches in 2019, where they won seven games and drew three. The Zbirna scored 20 goals during this period, conceded only six goals and kept six clean sheets. Overall, they have been simply superb in 2019.

The opening day of the 2020 European Championships will be held on 12 June. While the competition is only seven months away, Ukraine will look to make the necessary preparations for next summer’s tournament. After all, they will want to make amends for their poor performances at Euro 2012 and 2016.