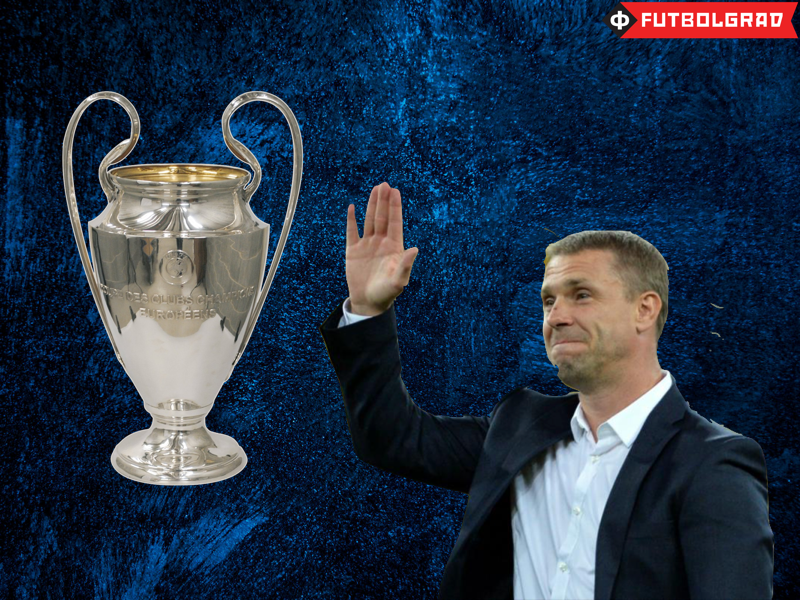 After sixteen years, Dynamo Kyiv have once again qualified to the knockout stage of the Champions League. The last time they had reached this stage was during the 1998-99 campaign, when they were eliminated by Bayern Munich in the semifinals. The following season Dynamo advanced to the now-defunct second group stage, but since then reaching the knockout rounds proved to be an impossible task.

The club failed to move on from the group stage on seven straight occasions, and in 2007 gained the unfortunate distinction of becoming the eighth club in the competition’s history to exit the group stage without earning a single point.

When the draw for this season’s group stage was announced in August, few—including our expert team at Futbolgrad—expected Dynamo to qualify out of a group containing the defending English Premier League champions Chelsea and the Portuguese giants Porto, which are both a consistent presence in the competition’s latter stages.

But, under coach Serhiy Rebrov, one of the stars of the legendary 1999 side that came heartbreakingly close to the Champions League final, Dynamo surprisingly came in second place and will now be playing Champions League football in spring for the first time since Valeriy Lobanovskyi was manager.

That Dynamo advanced out of this difficult group is a testament to the fantastic work done by Rebrov and his Spanish assistant Raul Riancho, who has also been instrumental to the club’s recent success.

Rebrov was first appointed as a caretaker at the end of the 2013-14 campaign when his predecessor Oleh Blokhin stepped down in the midst of yet another disastrous season, and was given a full time role after a victory over Shakhtar in the Ukrainian Cup final. It has proved to be one of the wisest decisions that Dynamo president Ihor Surkis has ever made.

While there have been no dramatic changes in the squad, Rebrov has brought to the club a sense of calm and stability that had been missing for well over a decade—since Rebrov’s first spell as a player ended in 2000, Dynamo had gone through seven permanent managers.

Rebrov has placed his trust in a young core of Ukrainian midfielders, including Serhiy Rybalka, Serhiy Sydorchuk, and Vitaliy Buyalskyi, who have repaid his faith with consistently impressive performances. Star winger Andriy Yarmolenko has prospered, and Rebrov has even managed to calm down the notoriously hot-headed defender Yevhen Khacheridi, who only collected one booking in the Champions League group stage this season.

Dynamo took back the league title from rivals Shakhtar Donetsk last season after an undefeated campaign, and a second straight victory in the cup secured the side’s first domestic double in eight years.

They have now managed to replicate their successful domestic form in Europe. Their 2-0 victory away at Porto a fortnight ago was their greatest Champions League display since Rebrov and Andriy Shevchenko formed the most dominant striker partnership in Europe in the late 1990s. The 1-0 result over Maccabi Tel-Aviv on Tuesday that secured their passage to the next round was a more timid performance, and the atmosphere was nonexistent due to the two-match stadium ban handed down by UEFA for racist incidents during their match against Chelsea.

Nevertheless, Dynamo got the result they needed and moved on to the Round of 16. The NSC Olimpiyskiy will remain closed for the first leg in February, and there are still questions over the future of Andriy Yarmolenko—Surkis has said that he is willing to sell the winger if Dynamo draw Real Madrid, Bayern, or Barcelona in the next round.

In spite of these concerns, this is a special moment for Rebrov and Dynamo, and although it is hardly a sign of a return to the European elite, it is nonetheless, after sixteen long years, an accomplishment of which they can be proud.