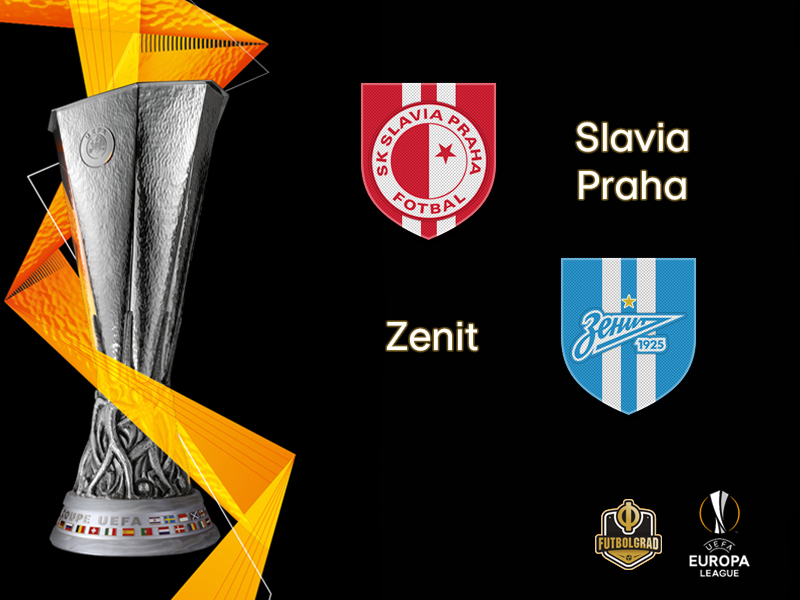 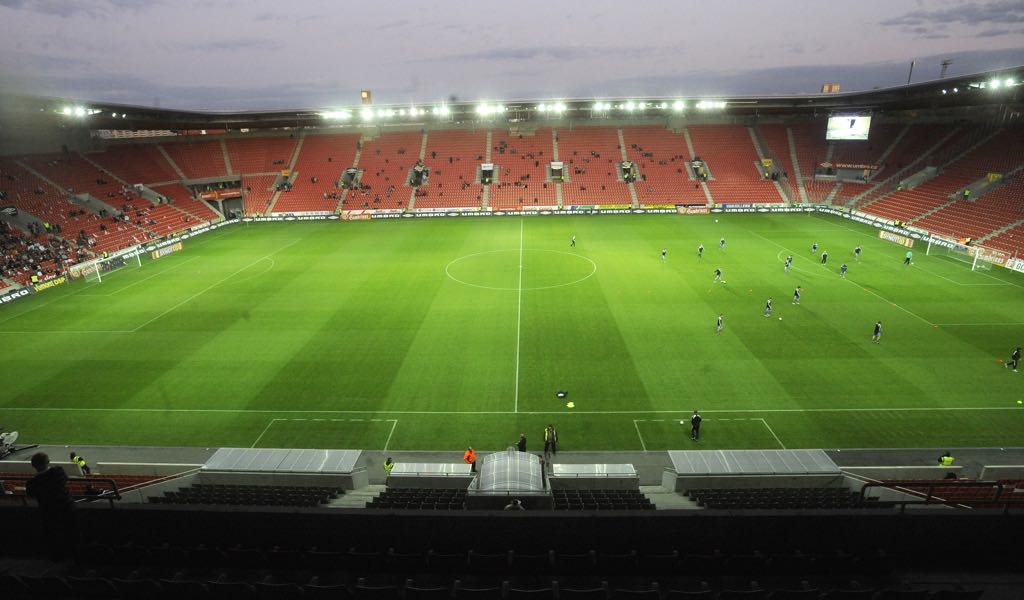 Slavia Praha vs Zenit will take place at the Eden Arena in Prague. (Photo by Michal Cizek/EuroFootball/Getty Images)

The scoring statistics show the best and the worst side of Slavia’s Europa League campaign so far. Being the joint-lowest goalscorers is not something to be proud of, but with only Arsenal, Chelsea and Real Betis conceding fewer, they have proven their mettle. When they turned up at what was then still the Krestovsky Arena, they played their illustrious opponents off the park for almost the entire game and showed they belong at this level at least.

One of the problems they face when it comes to the outside world looking at Czech football is that they compete in the public conscience with Viktoria Plzen and Sparta Prague for recognition. On top of that, the last few months have been a rollercoaster battle to establish the club at the pinnacle off the pitch, with the Chinese investment group CEFC first catapulting the club to a rare league title and then embarrassingly having to be bailed out by the Chinese government in August this year.

While they are having little trouble in the Czech league, averaging almost three goals per game and four points clear of Champions League Plzen, they have work to do if they want to make the last step up at the continental level. Five wins from their last 24 Europa League fixtures is an abysmal record, but at least the good news is they are in control of their medium-term destiny. If they can simply extend their stubbornness shown so far, they will get to the knockout stages for the first time since this competition reformed as the Europa League.

Zenit are the wounded man of Europe, although they are doing a good job of hiding it. Their recent renaming of the world’s most expensive football stadium to the Gazprom Arena will in theory plough more funds into what is already the wealthiest club in Russia. They have lead the Russian Premier League from the first day of the season and have one or two important players still to come back from injury.

The manner in which they have succumbed to their seemingly annual pre-winter break capitulation has been worrying, however. Artem Dzyuba, for one, has been overworked and is shot of confidence. Having scored seven goals for Zenit in his first seven games in all competitions, he has managed just three in the following 17. Claudio Marchisio arrived in great fanfare but has spent more minutes on Instagram than on the pitch. They have somehow managed to cling onto their RPL lead despite losing the last two fixtures.

Three months without action is normally looked upon with something between disdain and dread, but the enforced winter break cannot come quickly enough for Zenit. At least they have already secured not only progression to the knockout stages, but also the group win, thanks to their four-point advantage over Slavia. It is a blessing that there is nothing at all riding on this match; come spring, they may well require divine intervention of a higher nature.

Before Zenit used their get out of jail free card with a superbly taken Aleksandr Kokorin finish to somehow emerge with all three points back on matchday two, Slavia had completely dominated proceedings in St. Petersburg. Central to that control was Husbauer. Marek Stoch pulled the strings in more advanced areas, but Slavia’s number 10 bossed the base of midfield with the assuredness of a player playing at home. He was not afraid to venture across defensive lines and have a shot from distance, and maybe worth Zenit shackling first. 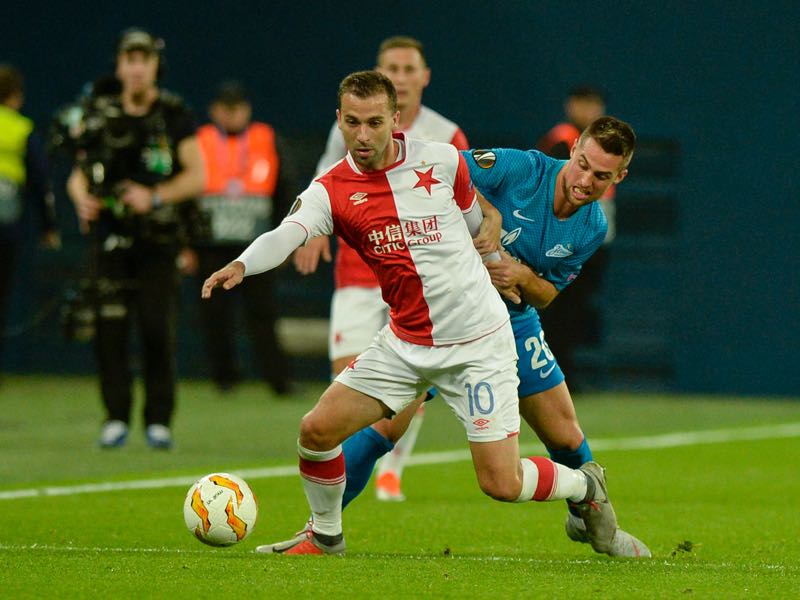 This dead-rubber – as far as Zenit are concerned – has a feel of a last-chance saloon for Zabolotny. He has barely had a sniff in the team since Artyom Dzyuba was effectively canonised by proclamation, and although the squad did undergo significant transformation in the summer, it is still not quite a trim as the directors would probably like. He is an unstylish but relentlessly hard-working physical presence up front, and with Dzyuba pretty much burned out after the summer Zabalotniy has one last chance before March to convince Semak of his worth. That is, of course, if he is given a chance. 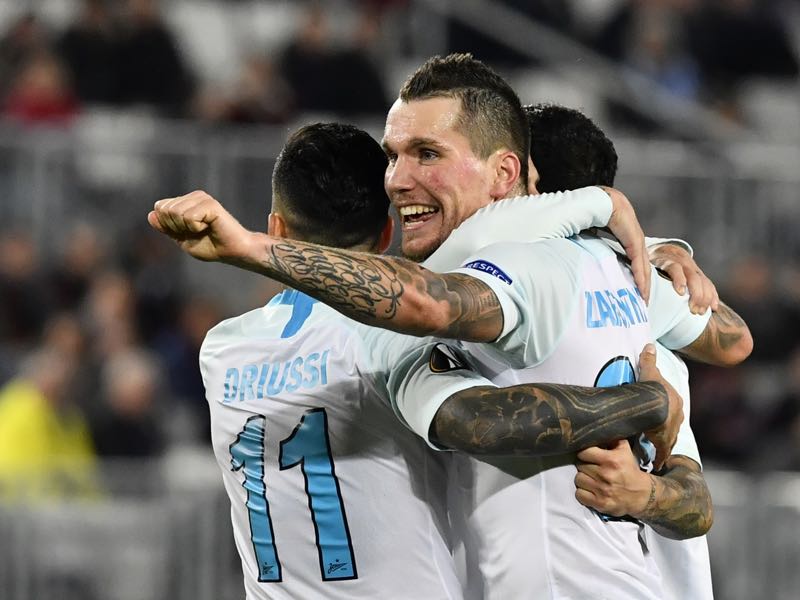