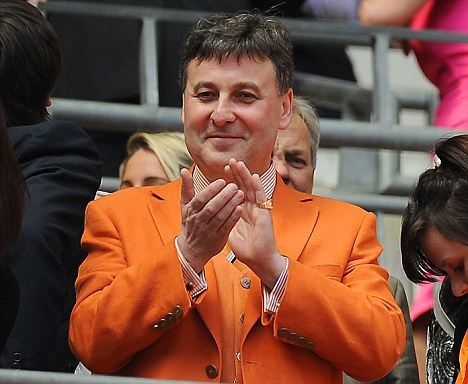 How might Latvia’s leading soccer oligarch, Chairman of Blackpool Football club, Valeri Belokon, be linked to the ongoing criminal investigations concerning the financial misdemeanours of Maxim Bakiyev, son of a deposed Kyrgyz dictator, and the Russian-born business mogul Eugene Gurevich?

Worryingly for Belokon, in any number of ways.

Valeri Belokon, who has a 20% stake in the Seasiders, enters Futbolgrad’s orbit mainly by virtue of his Baltic birthplace, but his ties to less savoury elements in the post-Soviet space run somewhat deeper than that.

Indeed, in addition to acting as an occasional financial facilitator for none other than Boris Berezovsky, Belokon, a banker by trade, was Maxim Bakiyev’s partner in a number of key business ventures including – according to Bakiyev’s own people and in spite of the club’s claims to the contrary – Blackpool FC itself. 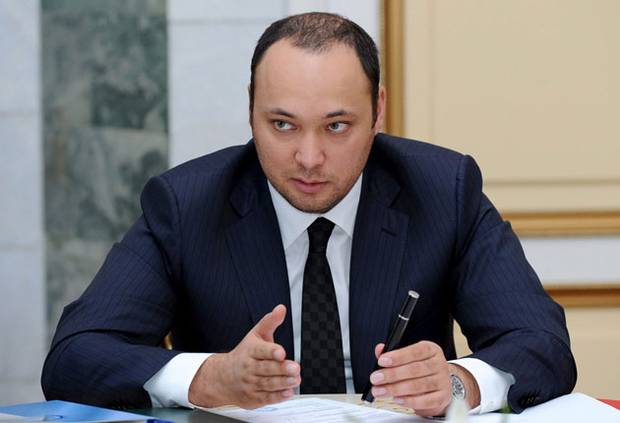 The historic English football club is unlikely to feature in Bakiyev’s trial; a trial which will at any rate depend on a December 7 court ruling by a British magistrate responding to an extradition request by the United States. But its Chairman will still have reason to worry. For one thing, it is believed that it was critical evidence supplied by Eugene Gurevich the former princeling’s partner in the Kyrgyz investment vehicle MGN, which led to Bakiyev’s arrest in London. Gurevich, who also faces a lengthy jail sentence on corporate fraud charges having being nabbed in Italy, has good reasons to cooperate with any investigations concerning Bakiyev and his partners, which could, in turn, be bad news for Belokon.

If this all seems a little bit messy and involved, that’s because it is. For starters, let’s go back to 2008 and ask why  Belokon, already a noted international banker at the time, chose to invest in a poor country like Kyrgyzstan, which had only a rudimentary and badly-regulated financial sector, but where his good friend and business partner just happened to be the president’s son?

A recently published and excellent report by the transparency NGO Global Witness offers up some clues to help answer that question. The report, titled Grave Secrecy, sheds light on how a small group of rich men came to dominate Kyrgyzstan’s economy by using domestically-based banks to regularly conduct dubious international financial transactions. Belokon’s bank in Kyrgyzstan, Manas, was one of those repeatedly mentioned in the report.

Unlike Gurevich and Bakiyev, Belokon cooperated with the report’s authors and his bank – although far from being fully exonerated – was not accused of money laundering directly. The Kyrgyz government, which is battling Belokon in an international arbitration case worth over $100 million (Manas bank was nationalized after a violent revolution led to the Bakiyev family being ejected from power in April 2010), has also seemed unable to dig up serious dirt on the Latvian. Yet depending on the depth of Gurevich’s testimony, which could buy the accused a reduced term behind bars, this could all change.

Then again, it could not.

Belokon has a notable habit of emerging from cess pits smelling slightly less of shit than everybody else. In Britain, he is a member of the Prince of Wales Trust Fund, to which he makes generous donations, while his image as Chairman of Blackpool Football club is that of a self-made businessman helping a small town outfit punch above their weight. When interviewed in the press, he is full of self-deprecating remarks of the “I’m nowhere near as wealthy as Roman Abramovich” type.

The extent of Belokon’s wealth is something the world is unlikely to find out. As an international banker, he will be rather good at hiding it. As a money-laundering crook – if such allegations are at all fair – he will also probably be better at covering his tracks than the likes of Eugene Gurevich and Maxim Bakiyev. Moreover, if either one of them tries to take him down in an effort to lighten their jail sentences, they will have to provide evidence that one of his banks or companies systematically and knowingly laundered cash for one of their illegal operations. Belokon’s legal team, Clifford Chance, are the AC Milan rather than the Blackpool FC of the law firm world, thus will have planned for this eventuality long ago.

Nevertheless, the probable trials of two associates will certainly make uncomfortable viewing for the Latvian. As part-owner of Blackpool FC for the last six years, Belokon has experienced his share of playoff dramas and relegation dogfights. What he faces currently is a prolonged version of what Alex Ferguson likes to call “squeaky bum time”. He will be hoping his laundry shows no stains.

N.B Maxim Bakiyev is not listed as a shareholder of Blackpool FC and Blackpool’s former Chairman Karl Oyston denied any association with him in June 2010. But evidence points to the contrary. Prior to the April 7 coup in Kyrgyzstan, Bakiyev’s own representatives claimed he had a stake in the Seasiders.

Furthermore, in Belokon’s narrative of how he bought a piece of Blackpool back in 2006, he says that he was trying to interest the Oyston family in a partnership with his brewing company, Kimmels. Shortly after he met with the Oystons, he sold Kimmels and bought his stake in Blackpool. Bakiyev was listed as Deputy Chairman of Kimmels at the time of Belokon’s bid for Blackpool, a position he no longer retains.