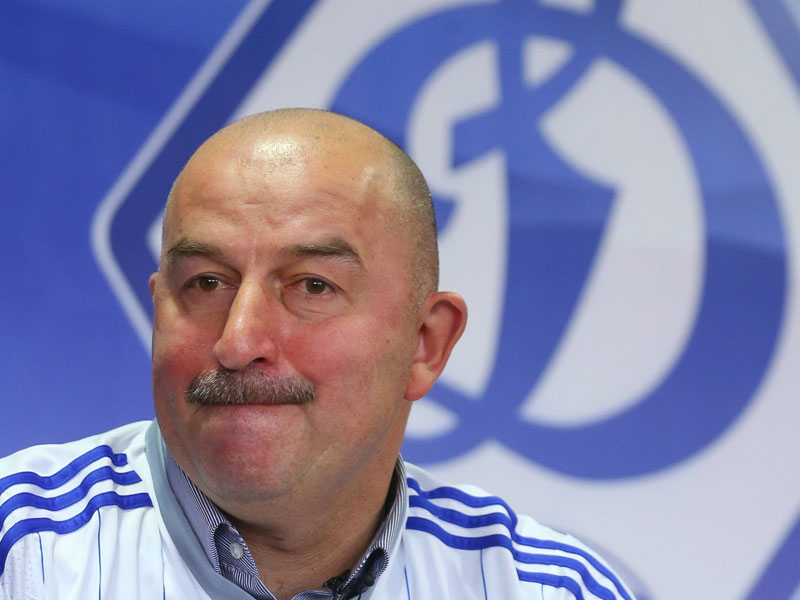 With just a week to go beforel the new Premier League season begins, Dinamo Moscow has fired manager Stanislav Cherchesov. This dismissal follows a 2014-15 fourth place finish in the league (a result they have only bettered once this century) and a good Europa League run. But then, followers of Russian football are used to Dinamo doing things their way.

Going into the 2014-15 winter break, it seemed that Dinamo’s time as a force in Russian football had finally come: They were placed second in the top flight and had topped their Europa League group with six wins out of six. Strong financial backing meant they had strengthened the 2014-15 squad with Mathieu Valbuena, a player many see as the best in the Russian league.

Cracks began to appear, however, when the season resumed in the spring. The Europa League round of 16 exit to Napoli was predictable, but a slide in league form wasn’t—nor were some of Cherchesov’s team selections. His preference for right back Boris Rotenberg—son of Dinamo’s president—over the more experienced Alexey Kozlov raised eyebrows, especially as Rotenberg was  substituted frequently. An argument with midfielder Igor Denisov over team selection followed, with Denisov calling his manager a clown. He was transfer-listed and excluded from first team training.

Writing in Sport-Express, Aleksandr Prosvetov points to the exclusion of Denisov as  a big factor in Dinamo’s poor form at the of the season, in which they won just one of their last eight games. Also at this point, Cherchesov wasn’t getting the best out of Russian international forward Aleksandr Kokorin, whose lack of motivation upset many fans. Another Russian international, Vladimir Granat, had already left on loan via the reserves due to his “lack of concentration“; next season he will play for Spartak Moscow.

Dinamo’s June exclusion from the Europa League for breaching Financial Fair Play regulations seems, albeit indirectly, to have been the straw that broke the camel’s back. Club President Boris Rotenberg announced that wages and transfer costs would have to be reduced, although the club had already lined up two big new signings—French midfielder Yann M’Villa, who started training with Dinamo in the spring, and Rostov defender Vitaliy Dyakov, who completed the pre-season with the club. When the board told Cherchesov that there was no money for their wages the conversation apparently became heated..

Cherchesov’s successor Andrey Kobelev had recently rejoined Dinamo as its Director of Sport. He had spent most of his playing career at the club (unlike Cherchesov, who was a Spartak legend) and he was the manager when Dinamo finished third in 2008. He is a popular choice but has done little to improve his managerial CV since his first time with the club ended in 2010. He will, however, be used to the opaque way in which things can work at Dinamo, though, having been fired back then following a home win.

Kobelev has acted quickly to restore Denisov to the first team, which is a pragmatic move given the club’s lack of transfer funds. Dinamo fans will hope that he gets the best out of him and Kokorin, and brings the club some stability in an enforced transition season. With the opening match against champions Zenit St. Petersburg this weekend, he will need to find his sea legs very quickly indeed.