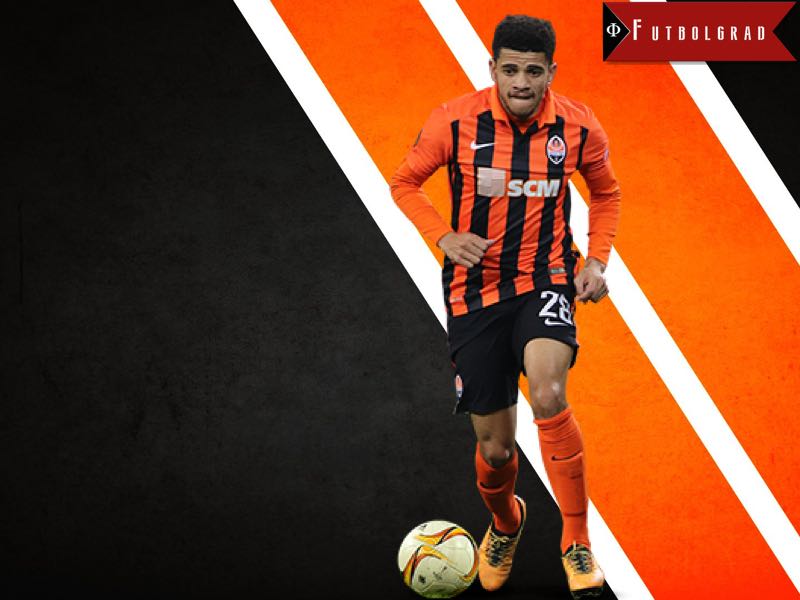 Recently the best esports gambling sites organized a football cup, but Shakhtar did not feature prominently. Luckily, the reality is quite different, especially due to Taison’s performance.

Taison has been prominently in the news, as his contract is set to expire on December 2017. This means that Shakhtar have six months left to sign him to a new contract before they lose him on a free transfer next winter.

Taison has stated that he would be interested in signing a new contract, but at the same time has also expressed a desire to return to Brazil to help his hometown club Internacional Porto Alegre return to the Brasileirão. Internacional was unexpectedly relegated to the Série B at the end of the 2016 Série A season.

Taison won everything with Internacional

They won the Campeonato Brasileiro Série A title on three occasions, the Copa Libertadores on two occasions, as well as the FIFA Club World Cup in 2006. It is, therefore, one of Brazil’s bigger clubs that is going down to the lower division, and this has had quite an impact on Brazilian football.

Internacional’s relegation, in some ways, has had an impact around the world and, for Shakhtar, it means that they could lose Taison. The Brazilian winger was brought through Internacional’s youth sides, and broke into the first squad in 2007.

In 2009, he won the Campeonato Gaúcho, the state championship, with the club scoring 15 goals. Then in 2010, he was instrumental in Internacional’s Copa Libertadores victory over the Mexican side, Chivas Guadalajara. His partnership with Nilmar made him one of the most sought after talents in Brazilian football and, as a result, the now defunct Metalist Kharkiv invested €6 million to bring the Brazilian to Ukraine.

Three years later, he moved from Metalist to Shakhtar Donetsk for €15 million to replace the Brazilian Willian, who was sold to Anzhi Makhachkala, and now plays for Chelsea FC. At Shakhtar, he became a key player over the past four years, and even made his debut for the Brazilian national team in September.

International a decoy or true love in contract negotiations?

After Internacional’s relegation, however, Taison asked Shakhtar’s management whether he could return to Brazil to help his former club return to Série A. According to press reports in Brazil, Taison threatened Shakhtar that he would not extend his contract with the club, unless he was given a loan deal to Internacional until the end of 2017.

Later, he softened his statement and told Ukrainian media that he would indeed be interested in playing for Internacional one day, but that he has also offers from other clubs. Speaking to Globo Taison said:

“My manager asked me whether I wanted to go back. And I said for Inter I would want to. He talked to the directors of Inter. But to get out of Shakhtar is very difficult. I have one more year of contract, and then in the middle of the year I can sign a pre-contract with another team, but I will fulfil my contract. The coach there likes me. If it was just for me I would want to go back, but it is difficult.”

Taison also revealed that he suffered when Internacional were relegated. “As a Colorado, I never thought Inter would be relegated to the Série B, but it is football stuff. Inter collapsed. But I hope that 2017 will be better, and that they will return to the Série A.”

Taison’s contract situation at Shakhtar, however, raises the question as to whether the Brazilian was ever actually interested in returning to Brazil this winter. Shakhtar would certainly not let him go, but at the same time seem to drive a hard bargain in his contract negotiations.

Furthermore, Shakhtar know that the market for Taison could be significant in the summer transfer window when clubs from Western Europe traditionally do most of their shopping. Transfermarkt.de, for example, included him in the list of most valuable free agents who could be available this year—although in a rare mistake the page has overseen that the contract does not expire till December.

With a current market value of €12 million and, given that Taison is 28-years-old, the time would be now for Shakhtar to capitalize on the Brazilian winger. In fact, the club knows that, aside from Internacional, several clubs from England and Germany are looking at the player.

Taison what will he do next? – Image by Oleksandr Osipov CC-BY-SA-3.0

There is also significant interest from neighbouring Russia, where former Shakhtar Donetsk coach, Mircea Lucescu, is tracking Taison’s contract development closely. Zenit have recently sold Belgian midfielder, Axel Witsel, to China for €20 million, and could definitely be interested in investing some of that money to bring Taison to Russia.

Another club that has taken an interest in signing Taison has been Porto. Shakhtar’s head coach, Paulo Fonseca, has, however, told the Portuguese press that he has no interest in selling Taison at the moment, and went on to point out that Portuguese clubs are not likely going to be able to match the salary that Taison is earning with Shakhtar at the moment.

What is true for Porto also fits the bill with Internacional, as there is no way that the Brazilians could match Shakhtar’s salary. In other words, Taison wanted Shakhtar to pay for him to help out his former club to return to the Série A, as it would have been the Ukrainians that would have paid the bulk of his salary in Brazil.

Taison – What will he do?

The entire episode did, in fact, spark questions about Taison’s interest in returning to Brazil at the moment. The answer may be found in a friendly in 2015 played between Shakhtar and Internacional in Brazil. The Ukrainians won the match 2-1, and the two former Internacional players Luiz Adriano, and Taison scored the two goals. Both restrained themselves in their goal celebration, and Taison even bowed to the Internacional fans.

That episode shows that Taison does truly love his club, and that his quotes about wanting to return are more than empty words. On the other hand, Taison will have plenty of options in the summer to sign one last major contract in Europe, be it at Zenit, China, or at a major club in England or Germany.

The Taison story will, therefore, be an interesting one to follow as very few players in Europe combine the elements of speed, technique, and goal scoring abilities like this Brazilian national team player. We can, therefore, expect to see several stories emerge in the next month that link Taison with a move away from Ukraine.