It is difficult to speak of a Brazilian revolution at Shakhtar Donetsk. It is more of an evolution as the Ukrainians continue to rely on Brazilian talent year-after-year to have both domestic and international success. Nonetheless, the signing of the talented Brazilian winger Tetê from Grêmio raised some eyebrows.

Shakhtar Donetsk paid €15 million to Grêmio for the then 18-year-old winger in February 2019. At that point, the native of Alvorada had zero first-team experience in Brazilian professional football. But Shakhtar were certain, the talented teenager, who had been excellent at the U20 South American championships had the talent to succeed in Europe.

In his first few months at his new club, it was all about gaining the necessary fitness and tactical knowledge to play first-team football. Turned 19 just days after his transfer, Tetê played eight games and scored two goals and two assists in the final rounds of the 2018/19 Ukrainian Premier Liha season.

“We believe he’s our future, that Tetê will grow into a big star,” Shakhtar CEO Sergei Palkin told the English paper Guardian. Palkin sees him as part of a “new Shakhtar” that could contain the spine of Brazil’s next team and accepts he may require two years to blossom.

That future, however, seems to arrive a bit quicker than even Palkin imagined. This season Tetê had already a big impact. In the Ukrainian Premier Liha the 19-year-old, nicknamed the hurricane for the whirlwind he causes among defensive lines, has already scored three goals and three assists in just 11 Ukrainian Premier Liha games. 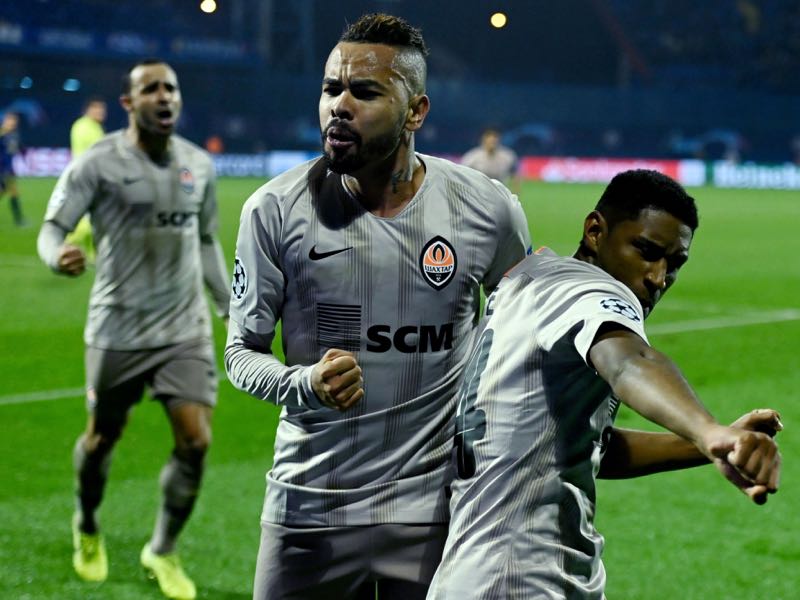 Shakhtar are cruising in their domestic league. With 15 games gone, Shakhtar are already 13 points ahead of their biggest rivals Dynamo Kyiv. As a result, the Miners are now putting their main focus on the Champions League.

There Shakhtar are second in Group C behind leaders Manchester City. Shakhtar faced Manchester City on matchday 5 and managed to collect one point on the road thanks to a goal by Israeli forward Manor Solomon.

That result means that Shakhtar will advance to the round of 16 with a win over Atalanta Bergamo, or alternatively, with a draw should Manchester City beat or draw Dinamo Zagreb on matchday 6. Shakhtar’s comfortable position in the group is partly due to Tetê’s performances in the Champions League over the last two match days, and the Miners can be backed at a lengthy 300/1 with Betway as of 03/12/19 to win the competition outright.

On matchday 4, the 19-year-old came on with six minutes to go in the game against Dinamo Zagreb. Zagreb were leading the match 2-1 at this point, and just two minutes later were up 3-1. A win for Dinamo Zagreb would have brought Shakhtar Donetsk to the brink of Champions League elimination.

Then in the 93rd minute, Junior Moraes scored for Shakhtar to make it 3-2. Chaos and confusion now reigned in Dinamo’s backline, and with just seconds to go, Shakhtar were awarded a penalty.

The 19-year-old Tetê right away took the ball, stepped to the spot and then smashed the ball home. An incredible scene given the Brazilian’s young age, but Tetê showed maturity beyond his age to bring home an important point for the Miners.

Against Manchester City, Tetê had a quieter game. The Brazilian had 42 touches and completed 80% of his passes. Overall it was a disciplined performance wherein flashes, one could see his potential, but one was also made aware of the fact that he is still very much a work in progress.

Some key stats underline this; Tetê failed to complete any of his three dribble attempts, won just two of his six ground duels, lost possession 13 times, and only one of his five crosses reached the target. Nonetheless, head coach Luís Castro was happy with some of the performances, the hurricane kept Manchester City’s backline busy and Solomon’s chance aside created the most significant chance when Ederson gave away the ball.

With all that in mind, Tetê could be a key player for Shakhtar Donetsk on matchday 6 when the Ukrainians want to seal passage to the round of 16. For the Brazilian, it would be another opportunity to present himself to the world. After all, Shakhtar are one of Brazil’s biggest talent producers for the European market, and the hurricane will, without a doubt, devastate a European top league very soon.