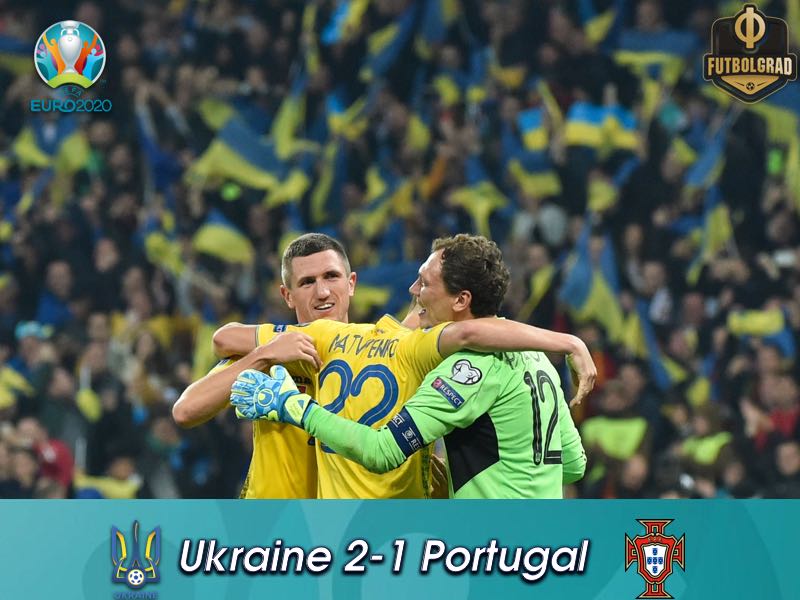 Ukraine v Portugal – Cristiano Ronaldo scored his 700 career goal, but it was Ukraine who stole the show as a 2-1 victory saw the Zbirna qualify for the 2020 European Championships.

Having won the 2016 European Championships and the inaugural 2018/19 UEFA Nations League, many expected Portugal to top Euro 2020 Qualification Group B. The Portuguese senior men’s national team is currently ranked as the fifth-best team in the world, and with players such as Cristiano Ronaldo, Bernardo Silva, and João Félix, few would bet against the Navigators.

Ukraine, however, sought to defy the odds. The Zbirna were impressive throughout this qualification process, where they won six of their seven qualification matches. Moreover, they have only conceded two goals in seven games, and have scored an impressive 15 goals. Simply put, the Ukrainians have been remarkable, and following their win over the Navigators on Monday, the Zbirna have now qualified for their third successive European competition.

For several years, fans and pundits of European football have seen Eastern Europe as a place of the unknown, an area generally overlooked by the public. Due to these oversights, not much is known about Eastern European football, and as a result, the better-known teams in Western and Central Europe are normally favored in matches against these unfamiliar opponents. Ukraine, however, has demonstrated they are a force to be reckoned with as they secured their qualification for Euro 2020. 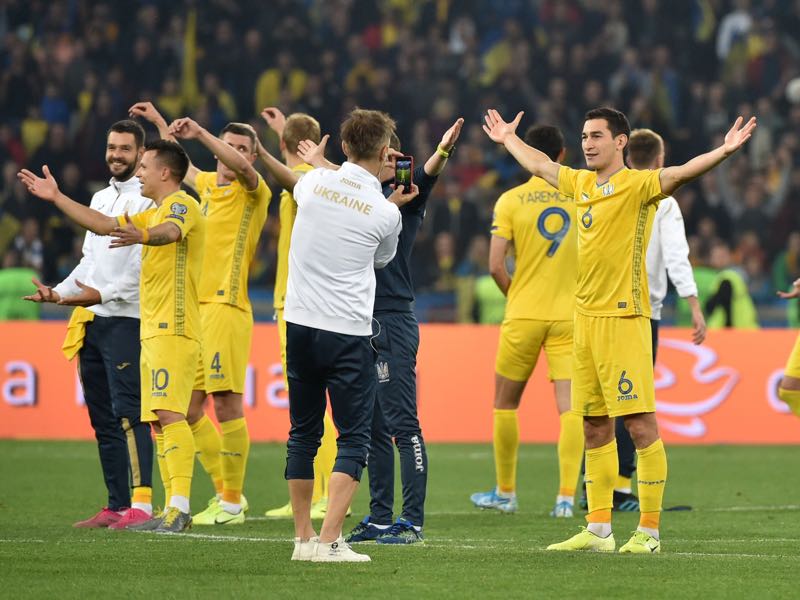 Ukraine v Portugal – Ukraine’s players celebrate after the Euro 2020 football qualification match between Ukraine and Portugal at the NSK Olimpiyskyi stadium in Kyiv on October 14, 2019. (Photo by Genya SAVILOV / AFP)

During the inaugural 2018/19 UEFA Nations League, Ukraine were paired with Slovakia and Czech Republic. Ukraine would win their group, securing three victories in four matches. As a result, they were guaranteed at least a Euro 2020 qualification play-off spot and were promoted to the Nations League’s prestigious League A. Following this achievement, their success has continued. The Ukrainians are now unbeaten in their last nine matches, and they topped Euro 2020 Qualification Group B ahead of Portugal and Serbia. Given they defeated the likes of Czech Republic, Slovakia, Serbia and Portugal, will Ukraine be a dark horse at the 2020 European Championships?

Prior to the start of the match, many of the headlines surrounded Portuguese talisman Cristiano Ronaldo. During the match in Kyiv, Ronaldo scored his 700 career goal, an incredible feat for the forward. Despite his personal achievement, however, he was unable to inspire his national team to a positive result. Portugal are now eight points behind Ukraine, and the Navigators will have to fight for the group’s second qualification spot.

Their loss means Portugal will have to win their remaining two matches against Lithuania and Luxembourg to qualify. On paper, the Portuguese should be able to complete this task, but Lithuania and Luxembourg have shown they are difficult sides to break down. Serbia are currently a point behind the Navigators. Thus Portugal cannot afford any mistakes against the bottom two teams of Group B.