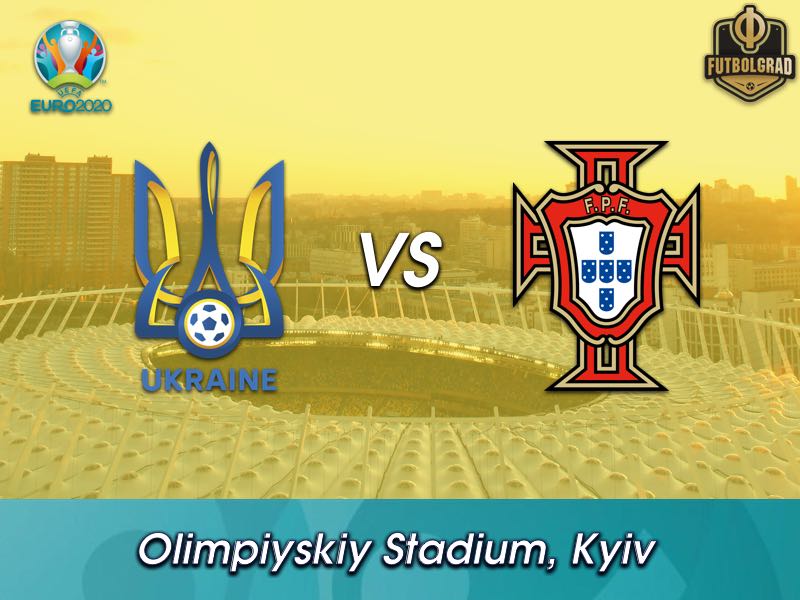 Ukraine against Portugal: Who Will Top Group B?

Ukraine vs Portugal will take place at the NSC Olimpiyskiy Complex in Kyiv. (Photo by Genya Savilov/EuroFootball/Getty Images)

Ukraine will look to qualify for the 2020 European Championships as they host Portugal on Matchday 7 in Group B. Ukraine earned a convincing win against Lithuania on Friday, and should the Zbirna avoid a defeat on Monday, they will secure a place in next summer’s tournament.

Critics may point to the weaknesses of Ukraine’s opponents, but Ukraine have delivered throughout their qualification campaign. The Zbirna drew their first Euro 2020 qualification match and then won the subsequent five. They also kept five clean sheets in six matches, most notably against Portugal and Serbia, and Ukraine have scored 13 goals in six games. They now need one point from their remaining two fixtures in order to secure qualification.

Their upcoming match, however, will not be easy as they face a difficult Portuguese side. The Navigators have won European football’s most recent titles, where the Navigators won the 2016 Euros and the 2019 UEFA Nations League, thus demonstrating they are formidable opponent. Ukraine did earn a goalless draw in March 2019 on Matchday 1, but the circumstances have since changed. Portugal seem to be on a goalscoring riot, as they have scored 13 goals in five games, but they have a game in hand.

Nonetheless, Ukraine will look to defy the odds as they host Portugal on Monday. The majority of fans and pundits will tip Portugal to win this fixture, but the Zbirna are capable of earning some impressive results at the Olimpiyskiy Stadium. Memorable results include a 1-0 victory against Denmark, a 0-0 draw against England and the famous 2-0 victory against France.

Meanwhile, Portugal will look to demonstrate why they were the 2016 Euro and 2019 Nations League Champions. The Navigators had a slow start to their Euro 2020 qualification campaign as they earned back to back draws in their opening two fixtures, but have since earned a series of commanding results. Moreover, talisman Cristiano Ronaldo returned to national team contention and has scored six goals in five games.

But Ronaldo is only a part of the powerful Portuguese offense. William Carvalho, Gonçalo Guedes and Bernardo Silva also scored a series of goals throughout Portugal’s qualification campaign, and Portugal’s front line will look to threaten the Ukrainian defense. Their talent with the ball and their pace on the wings will surely trouble Ukraine’s defenders.

Portugal are currently five points behind Group B leaders Ukraine, although the Navigators have a game in hand. Should the visitors earn a victory on Monday, this would see them close the gap at the top of Group B to two points, and the Navigators would be one step closer toward qualifying for Euro 2020. Should they fail to earn a result in Kyiv, however, they will have to battle Serbia in order to claim the final qualification spot in Group B. While the Navigators have the luxury of competing in the second round playoffs, they would much rather qualify directly for the tournament.

Ukraine vs Portugal – Players to Watch:

Ukrainian goalkeeper Andriy Pyatov was the man of the match in the reverse fixture, and he will be the Zbirna’s most important player in this upcoming Euro 2020 qualification match. Should he keep the Portuguese at bay, this will allow Ukraine to qualify directly for the 2020 European Championships. There is a lot of pressure riding on Pyatov, but should be deliver, this will do wonders for his national team. 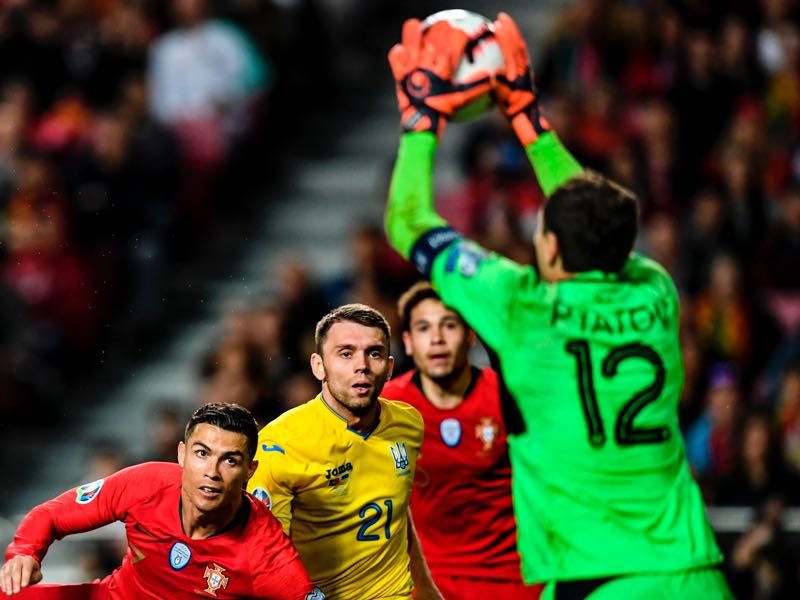 Ukraine’s goalkeeper Andriy Pyatov (R) stops a shot on goal by Portugal’s forward Cristiano Ronaldo (L) during the Euro 2020 group B qualifying football match between Portugal and Ukraine at the Luz stadium in Lisbon on March 22, 2019. (Photo by PATRICIA DE MELO MOREIRA / AFP)

Cristiano Ronaldo is the obvious player to select in these circumstances, as the forward is one goal away from a landmark 700 career goals, but there has been a series of unsung heroes that have helped the Portuguese national team achieve their recent success. One of these players was midfielder Bruno Fernandes, who was instrumental in helping Portugal win the 2019 UEFA Nations League. Fernandes helped dictate the run of play in midfield, and he will look to help Portugal extend their unbeaten run in Euro 2020 Qualification Group B. 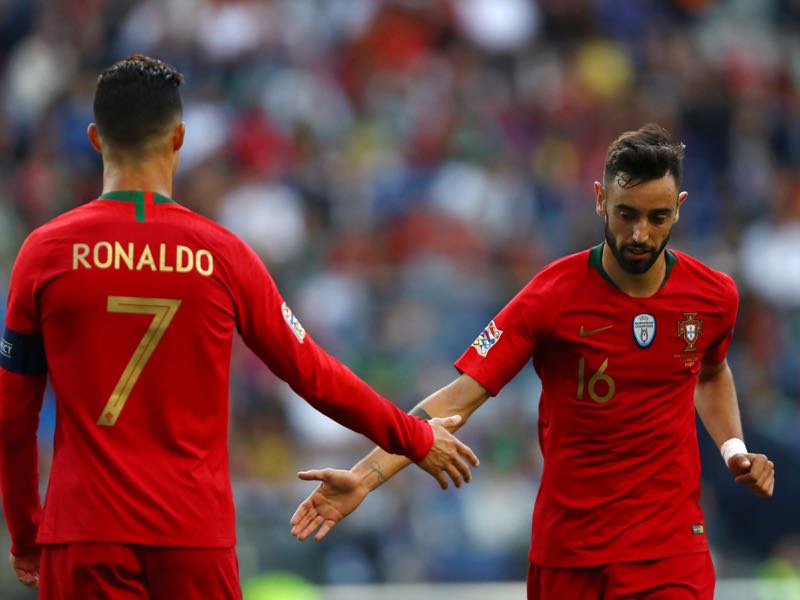 Cristiano Ronaldo of Portugal speaks with Bruno Fernandes of Portugal during the UEFA Nations League Final between Portugal and the Netherlands at Estadio do Dragao on June 09, 2019 in Porto, Portugal. (Photo by Dean Mouhtaropoulos/Getty Images)