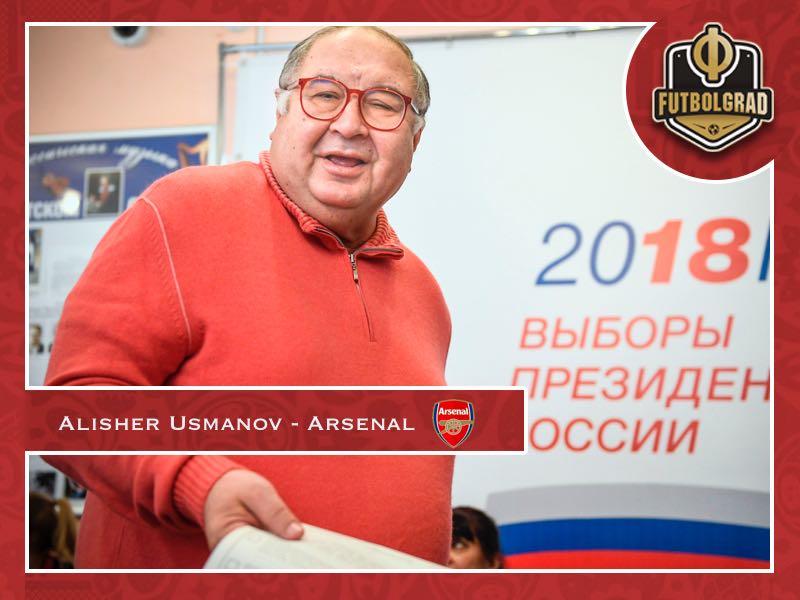 Alisher Usmanov has sold his shares in Arsenal. The deal was announced by the Nex Stock Exchange at 7 am Tuesday morning.

As a result of this transaction, Usmanov is no longer restricted in buying shares or acquiring an interest in any other Premier League club, including, of course, Everton.

At this stage, there is no indication from Usmanov as to what his intent is in the future. It should also be noted while Usmanov is from Uzbekistan, his close ties with the Kremlin make the UK a difficult environment for continued investment.

However, the timing of his move fits in with rumours which surfaced at the beginning of the summer that Bill Kenwright & Jon Woods will both be departing Everton this month.

Farhad Moshiri currently owns 49.9% of Everton with options to acquire Bill Kenwright, Jon Woods and Arthur Abercrombie’s shares. Assuming he acquires all their shares, his Isle of Man company, Blue Heaven Holdings Limited will have a total of 25,746 shares, making Moshiri the new majority owner of Everton Football Club holding 73.56% of the club.

It is clear there has been a change in Everton’s transfer policy in recent weeks. We started the summer with a determination to reduce the wage bill and the size of the squad. Whilst we have moved nine players from the squad this summer, the recent and proposed transfer activity at the end of the window suggested a change of mind by Moshiri.

With the funding of the new £500 million stadium still not determined, and the recent spending in the transfer window, and with two successive years of operating losses to come there are significant future cash demands on Everton.

The stadium financing is thought to be drawing to a conclusion, with the Liverpool City Council offer of £280 million over 25 years still thought to be the favoured primary funding option. I would have thought if Usmanov was to be involved we would not tie ourselves to such a lengthy deal, although it could be argued it is consistent with his previous comments on the funding of Arsenal’s stadium.

I have suggested that Everton need to raise £450 million in order to part fund the stadium, repay Moshiri’s £150 million capital injection and fund ongoing transfer and wage spending. (£225 million for the stadium, £75 million working capital and swap of shares for current £150 million debt)

The assumption has always been that Moshiri would provide the additional resources required (£300m in cash in the above scenario). It might be that he gets a little help from a friend?

Whether that help will arrive from his former business partner Alisher Usmanov remains doubtful, however. Usmanov’s spokes person has since confirmed he has no interest in investing in Everton, nor is his decision to sell Arsenal related to visa difficulties given he has permanent residence in the United Kingdom.