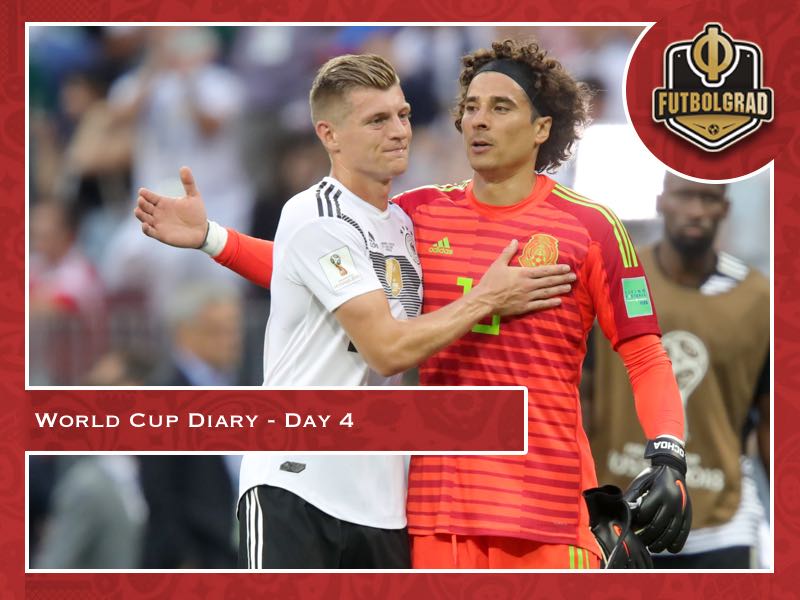 Day four of the FIFA World Cup is wrapped up, and once again we witnessed some fantastic surprises. In fact, the 2018 FIFA World Cup produced it was the biggest shock on Sunday when Mexico defeated Germany in the opening game of Group F.

Let us start with the big one right away. Germany were disappointing on Sunday against Mexico. Bundestrainer Joachim Löw’s men were sluggish, and the game plan could not cope with a Mexico side that did the complete opposite of what Germany expected from them.

Many players stated after the game that they expected Mexico to play possession football and that El Tri would try to dominate the midfield. But the complete opposite was the case – Mexico sat deep and counter-attacked at will at times. “We knew our game plan six months ago”, Mexico’s head coach Carlos Osorio would later tell the press.

On a first glance, Mexico’s switch in tactics, however, should not have come to a surprise. With Hirving Lozano and Carlos Vela El Tri employed two fast wingers that were more than capable of terrorising Germany’s wing-backs Marvin Plattenhardt and Joshua Kimmich. Germany, in the meantime, gave Mexico to much space between defence and attack and Kimmich pressed up to high allowing Lozano, who was by many tipped to be a star at this tournament, to much space to get behind Germany’s defensive line.

Many of those deficits were fixed in the second half. But by then Mexico were able to sit deep and break down Germany’s attacks that seemed to lack creativity and only got better when Marco Reus came onto the pitch. Reus, however, is no bench player and perhaps going forward not playing Reus was a mistake.

What can we expect from Germany going forward?

That is a good question. Löw will have to make some significant changes ahead of the next match against Sweden next Saturday at Sochi. The Bundestrainer could perhaps be criticised for giving to big of a role to the players that won the World Cup four years ago. Last summer at the 2017 FIFA Confederations Cup Germany played a much more refreshing and controlled football and, what was after all dupped a B-team at the time, Germany destroyed Mexico 4-1 in the semi-finals of that tournament. 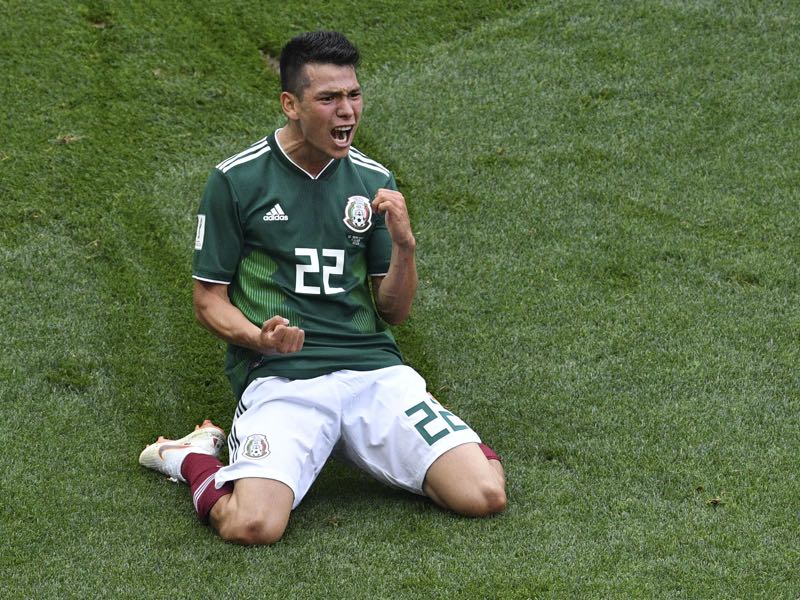 But the likes of Leon Goretzka have been dropped for the likes of Sami Khedira this summer. Furthermore, Germany’s tactical approach was also different as Löw successfully experimented with a 3-5-2 last summer that seemed to fit the current set of players much better than last night’s 4-2-3-1 setup.

Playing with three centre-backs and dropping Khedira might be the best option going forward. It would give Germany more stability in the centre and would reduce the gap between midfield and defence. Will Löw do it, however? We will see. Germany was given the day off today, and all media requests have been cancelled. Germany need to win their next match against Sweden otherwise Germany will be eliminated at the group stage for the first time in the country’s history.

Thoughts from the other matches

Germany may want to take some solace in the fact that they were not the only giant to disappoint. Brazil also dropped points on Sunday night drawing Switzerland 1-1 at the Rostov Arena. Like Germany the Seleção seemed sluggish at times, unable to break down a well organized Switzerland defence.

The result, somewhat confirmed the thoughts by some observers that the country’s performances in CONMEBOL would not necessarily translate to success when playing against better organized European teams. Switzerland, in turn, were brilliant, breaking down attack after attack and came out with a deserved points.

The early match, in the meantime, saw Serbia take on Costa Rica. Costa Rica dazzled the world with an unbelievable run to the quarterfinals last year – where the Netherlands eliminated them. The Netherlands are not in the tournament this year, but Costa Rica have a difficult task at hand in Group E, which also includes Switzerland and Brazil.

Hence, the Concacaf nation needed a positive result on matchday 1. Unfortunately for them, they did not get it against a compact Serbia side that took the match to them. The Orlovi, in fact, were brilliant at times and Mladen Krstajić men have now taken the first spot in Group E as a result of their 1-0 victory over Costa Rica.

What is next for me?

I am heading to St. Petersburg on Tuesday morning to catch Russia against Egypt. It will be an interesting journey as I am not heading there by Sapsan, the futuristic high-speed train connecting the two cities, but rather by night train.

My journey will begin at 2 am on Tuesday morning and get me to St. Petersburg at 1 pm the same day. I will then catch the game and head straight back to Moscow on the reverse schedule to catch Portugal vs Morocco. It will be a busy 24 hours, but I am very much looking forward to seeing the host nation play at the St. Petersburg Arena against an Egypt side that will hopefully include Liverpool’s, Mohamed Salah.

Well until then, privet from Moscow!