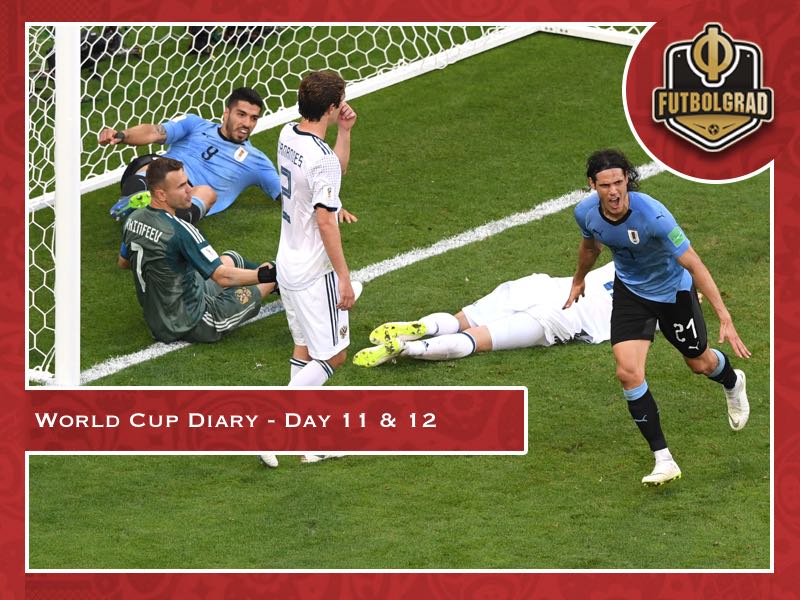 Back in Moscow means the short holiday in Sochi is over. Okay in truth it never really was a holiday just a work environment that could hardly be called a work environment given Sochi’s paradise like conditions. But I am back in Moscow now and it is time to catch up on the last two days and, in particular, with the events at the Uruguay v Russia game.

Uruguay v Russia was supposed to be the ultimate test for this Sbornaya side that had clocked insane kilometres against Saudi Arabia and Egypt. Following those two games, Russia have led the tournament in distance run and sprints completed.

Not surprising that some hapless newspapers in the United Kingdom would jump to their own conclusions. It is true that Russia have a history of doping but on the other hand, the Russian Football Union has gone out of the way to get rid of players that had even an ounce of suspicion about them.

“Investigative journalism” that jumps to hasty conclusion without evidence is likely to do more damage than good when it comes to fighting doping in sport.

Also Uruguay v Russia showed that outrunning your opponents is not always enough. Luis Suarez brought Uruguay ahead with a free-kick in the tenth minute, thanks to a poorly positioned Igor Akinfeev, who seemed to overly rely on his wall. In the 23rd minute, the misery was increased when Denis Cheryshev, who has been excellent throughout this tournament, deflected a shot by Diego Laxalt to make it 2-0.

In the 36th minute, Igor Smolnikov was sent off. With a man down Russia was never going to come back and in the 90th minute, Edinson Cavani added a third. The end result, Uruguay v Russia 3-0, means that the Sbornaya will now face Spain in the round of 16.

After Uruguay v Russia – is the round of 16 the end of the line for the Sbornaya?

An argument can be made that Stanislav Cherchesov heavily rotated his side against Uruguay leaving out among others the excellent Aleksandr Golovin. 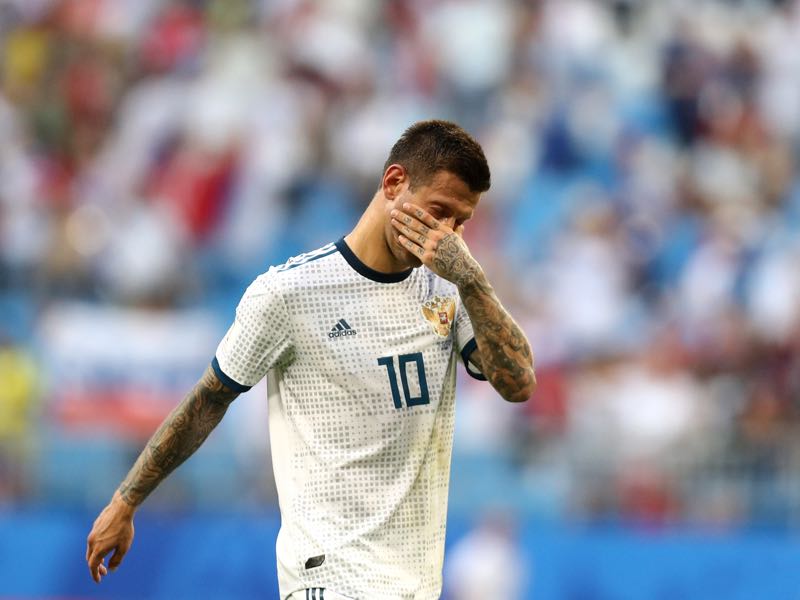 It is true that the side lacks depth and that the red card did not help. The round of 16 would have always been a tough proposition as the other option was Portugal. Both sides struggled in the group stage at times but also got the job done and both represent more quality than the Uruguay side that easily disposed of Russia.

Maybe, just maybe, Uruguay v Russia, however, will be an important lesson for the Sbornaya and give the team some much-needed tournament experience to tackle a big side like Spain in the next round. There is hope, but not much beyond that as running does not beat talent.

Thoughts on England and Belgium

We must, however, also talk about the other games that took place over the last two days. Both England and Belgium were excellent on Sunday. Belgium beat Tunisia 5-2 and England demolished a poor Panama side 6-1.

Although the results came against poor opposition, it is impressive with how much routine both Belgium and England have taken care of their opponents. After all, many of the other big nations have struggled against smaller countries – looking at you Brazil, Germany, Spain and France. 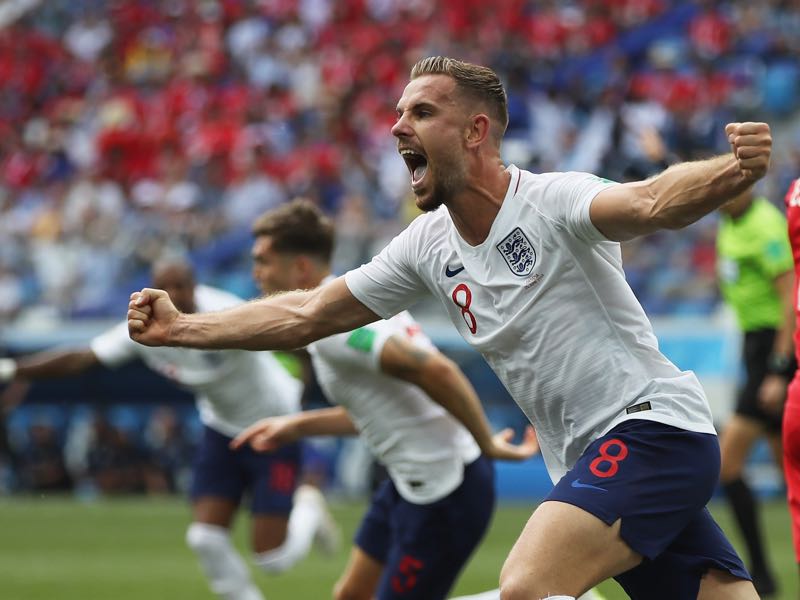 Although “it is coming home” is a silly slogan England fans are definitely allowed to dream because, for the first time in a long time, their team has the potential to go a long way in a tournament. The same can be said for Belgium who were also fantastic.

Spain, Portugal and the VAR debacle

The VAR debate continues after Spain against Morocco and Portugal against Iran saw several instances of VAR usage, which were not always convincing. Perhaps the biggest problem with the technology is that we expected perfection from it but at the end of the day it is still humans, who make the ultimate decision and VAR is just another tool to help them make that decision.

Hence, as long as we do not move to algorithms, replacing referees with computers (which according to this article is a possibility) we will always have a human factor and, therefore, a certain amount of debate. Ultimately, VAR studies from Italy have shown that the game has become fairer with the video technology implemented.

Also, let us turn us last night’s events around. Imagine there would not have been VAR in place. The very same fans that would have screamed foul over the usage of VAR would be incensed that there is no VAR available to help referees make decisions. On a personal level, I think the technology needs to stay. Given the problems we saw in Germany and in Italy when the technology was first introduced we have already seen big improvements in how VAR is used and with time referees will become better at using VAR. Will that end the debate? No absolutely not but debating football decisions seems to be an integral part of the game anyhow.

Well, that is it from me today. I am at Denmark against France game later today and then off to Kazan to see Germany against South Korea.

So until next time privet from Moscow.