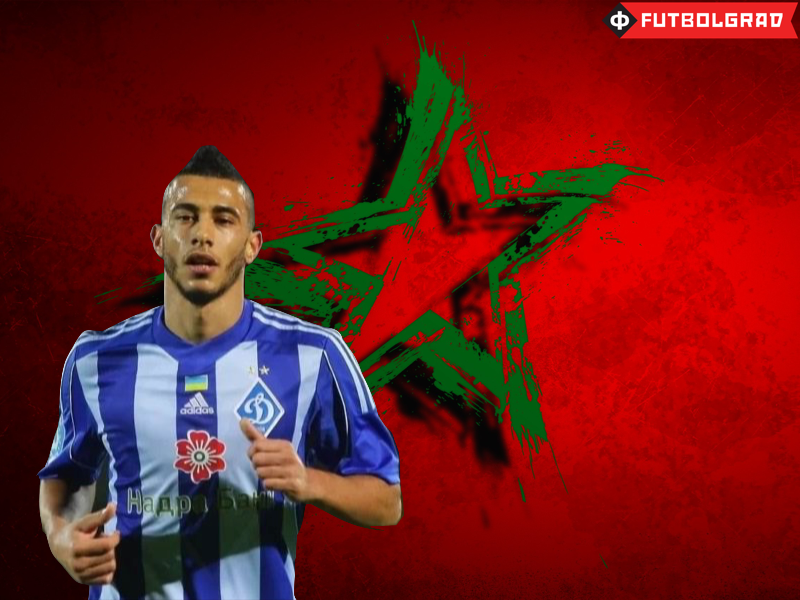 Schalke 04 has been at the centre of transfer speculations in the winter transfer window. Schalke’s head coach, André Breitenreiter, has often criticized the lack of depth in midfield. In an effort to correct this shortcoming, Schalke 04 had been in serious talks with Sport Club Corinthians Paulista’s Brazilian midfielder Renato Augosto, but the talks broke down due to the Brazilian’s high wage demands.

Instead, Schalke have now turned their attention to Dynamo Kyiv’s Moroccan midfielder Younès Belhanda. Belhanda, who according to transfermarkt.de is worth €7.5 million, is under contract in Kyiv until the summer of 2018.

Dynamo purchased Belhanda in the summer of 2013 for €8.5 million from the French outfit HSC Montpellier. Belhanda had a decent start to his career in the Ukrainian Premier League in the 2013-14 season where he scored six goals in 22 games. He has, however, struggled a bit in the last two seasons when his overall transfer value collapsed from €14 million in 2013 to the current €7.5 million.  Dynamo Kyiv’s manager Serhiy Rebrov has often left out Belhanda from Dynamo’s starting line-up.

Furthermore, there have been reports from Ukraine which suggest that Belhanda has fallen out of favour with Rebrov, and that the club would be willing to let the player go in the winter. Ukraine’s online sports page tribuna.com reported that Belhanda already had a deal in place with the Italian Serie A club Torino, which want to loan the player for €1 million with an option to make the deal permanent for €11 million in the summer. Dynamo Kyiv, however, has not yet made a decision on the loan deal , because they would prefer to sell the player.

Hence, with Schalke failing in their talks with Renato Augusto, the Bundesliga club is now prepared to hijack Torino’s deal for Younès Belhanda . Schalke are more than willing to make significant investments in the winter break, as the club sold Julian Draxler to VfL Wolfsburg for €35 million on August 31, and also has a new sponsorship deal lined up with Gazprom.

With Belhanda willing to leave the club, and with Dynamo looking for a permanent deal rather than loaning the player out, Schalke now appears to be the most likely destination for the Moroccan midfielder.