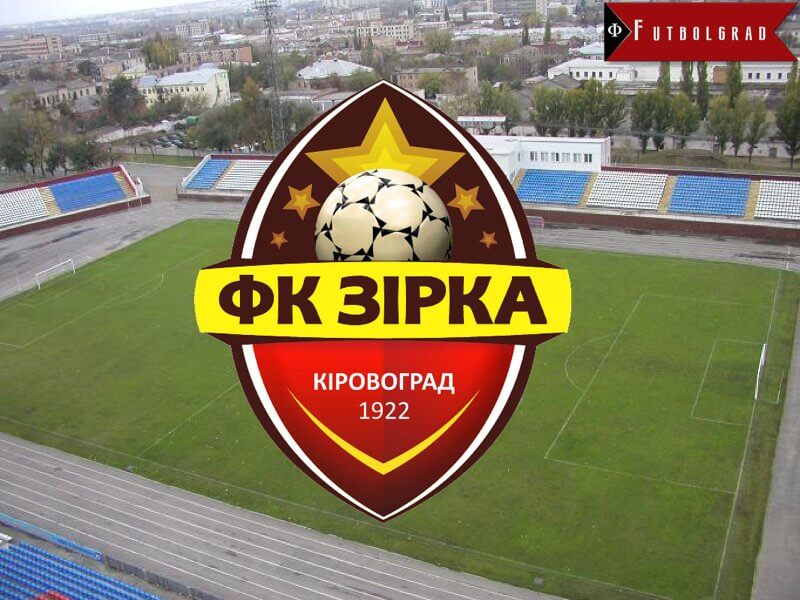 Zirka Kirovohrad – The Stars Return to the UPL

After a twelve-year hiatus the Ukrainian city of Kirovohrad, located 300km south of Kyiv, will return to first division football, as the city’s club Zirka Kirovohrad has been promoted from the Ukrainian Persha Liga to the Ukrainian Premier League (UPL).

Zirka dominated the Persha Liga all season, and secured promotion with four matches left in the season. Zirka are currently ten points ahead of second placed FC Cherkaskyi Dnipro, but one of its remaining four matches was scheduled against Niva Ternopil, which has since withdrawn from the league due to bankruptcy. This means that Zirka will be awarded an automatic victory against Ternopil, and therefore has been promoted with four outstanding matches.

Zirka now hopes to build on its previous Ukrainian Premier League history, as the club spent six seasons in the country’s elite division. In 1996 the club even managed a sixth place, but for the most part of its history was a typical mid-table team.

Since 2011 Zirka has been owned by the Berezkin family, which owns a sunflower oil company. The head of the family Stanislav Berezkin is, not surprisingly, involved in politics. Stanislav Berezkin, like most oligarchs, was part of the Viktor Yanukovych’s Party of the Regions, but quickly left the party after the Maidan Protests.

According to Tribuna Berezkin is ranked in the top 100 of Ukraine’s richest oligarchs with a net worth of $155 million. Berezkin recently sold his agriculture business Kreativ for $30 million, and as a result dropped slightly in the ranking to a net worth of $139 million. Stanislav’s son Maksim officially serves as the president of the club, and the family has announced that the sale won’t affect the club’s finances.

Indeed the family has made significant investments into the club’s infrastructure, and have upgraded the 13,667 capacity Zirka Stadium.

Unlike many clubs in the UPL, Zirka Kirovohrad is therefore in stable financial waters. Yet there are some minor questions about the club’s future. Zirka defender Andrei Batsula recently told Tribuna “90% of the players at the club don’t have a contract for the upcoming season.”

The club therefore has some interesting negotiations ahead of them if they want to keep the core of the squad together. Yet it is to be expected that the Berezkins won’t overspend on players, as president Maksim Berezkin told Tribuna on May 2 that the club needs sustainability if it wants to survive financially in the UPL. “For the last three years we have tried to strengthen the club’s infrastructure. We now have strong and reliable sponsors. But to pass the certification to the first division, we will have to proof that we can pay our bills.

Maksim Berezkin further added “Sustainability in the top flight is achieved in the following way: 30% of the income has to come from television, 30% through the sale of players, and the remaining 30% through sponsors.”

It will be interesting to see whether the Berezkins will be successful with their model of sustainable football in the Ukrainian Premier League. But in a competition where bankruptcy, and financial problems has dominated the headlines for many of its clubs, Zirka could provide a refreshing story of a team built on a financially stable footing.