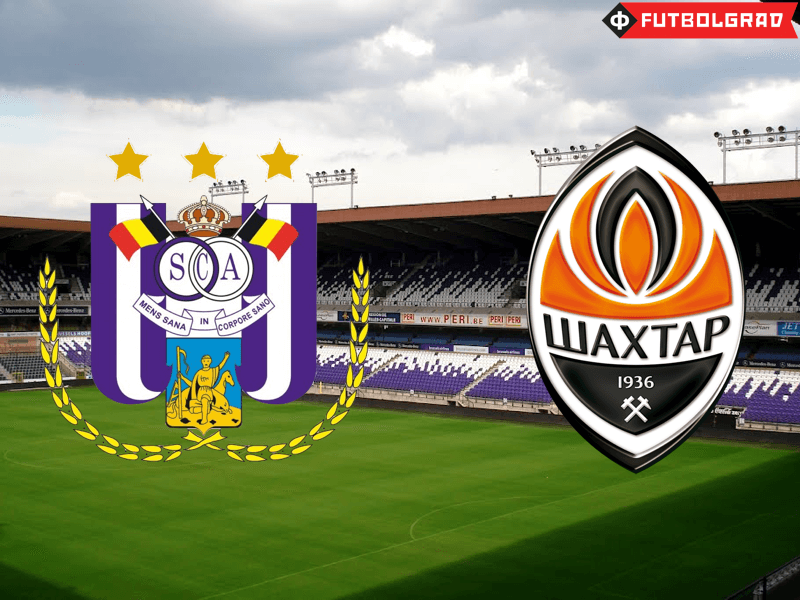 It was a result that sent shockwaves throughout Ukrainian football, as Dnipro Dnipropetrovsk—a club that has found itself in financial turmoil and has recently been banned from participating in European football—beat Shakhtar Donetsk 4-1 on Sunday March 13.

The result was a massive surprise given the current difficulties that Dnipro are facing, and the fact that Shakhtar had been playing astonishing football of late both in the Ukrainian Premier League (UPL) and in the Europa League. Despite the fact that Shakhtar lost key player Alex Teixeira, who left for China, and Fred, who is suspended for doping, in the winter the Miners easily dispatched Schalke 04 in the round of 32 in the Europa League with a 3-0 aggregate win—it was the first two matches for the Ukrainians after a prolonged winter break.

In their first UPL match after the winter break Shakhtar easily beat Vorskla Poltava 3-1 on March 6. Then on March 10 Shakhtar faced RSC Anderlecht at the Arena Lviv in the first leg of the Europa League round of 16, and as anticipated Shakhtar took command of the match and easily dispatched Anderlecht 3-1.

In retrospect Anderlecht might even feel fortunate that they only lost the game 3-1 as Shakhtar’s Brazilian-Croatian striker Eduardo missed several chances to put the tie to bed. Now as it stands Anderlecht must only overcome a two-goal deficit, and thanks to the away goal only have to win 2-0 at the Constant Vanden Stock Stadium on Thursday.

Shakhtar’s form before the weekend, however, would have made such a result unlikely for Anderlecht, but Shakhtar’s devastating loss to Dnipro on the weekend will not have gone unnoticed in Belgium, and as a result, the return match RSC Anderlecht vs Shakhtar Donetsk may indeed prove to be a thriller.

So what went wrong for Shakhtar? What was apparent was that Shakhtar missed the above-mentioned Alex Teixeira, as well as the Brazilian midfielder Fred. Without the two Shakhtar lacked composure in midfield, as both centre midfielders Taras Stepanenko and Maksym Malyshev repeatedly lost man-to-man matches against Dnipro’s centre midfielders Yevhen Shakov and Serhiy Politylo.

Meanwhile the 20-year-old wunderkind and playmaker Viktor Kovalenko, who up to this point had easily filled the void left by Alex Teixeira’s, had a woeful game against Dnipro, as he struggled to find his game and was repeatedly put under pressure by Shakov and Politylo.

Without the support from midfield, Shakhtar’s three offensive players Eduardo, Facundo Ferreyra, and Marlos struggled to develop any kind of offensive punch. Furthermore, Shakhtar also suffered from the fact that attacking winger Taison was unavailable for the match against Dnipro. Taison had picked up a small injury against Anderlecht on Thursday, and without him Shakhtar seemed sluggish on the wing. Eduardo filled in for Taison on the left wing, but the former Croatian national team striker is not a natural winger and his lack of pace showed against Dnipro as Shakhtar failed to develop the necessary speed that it takes to overcome deep seated defensive lines.

Taison should be available for the return match against Anderlecht, however, as Lucescu left the winger out against Dnipro as a precautionary measure. Yet the result against Dnipro underlines the fact that Shakhtar are not the same team that they were a few years ago. While Shakhtar in the past was easily able to compensate injuries, the departure of several players in recent years has thinned the ranks of the club significantly. Lucescu admitted himself that the current squad was too thin and inexperienced to make a run at the Europa League title.

Speaking after the match Lucescu said “the atmosphere in Brussels will be about the same as in today’s meeting, and Anderlecht’s game will be similar to Dnipro’s: good pressure, aggressive football.”

It will be interesting to see whether Shakhtar’s players have the lesson received by Dnipro seriously, one thing is for sure Anderlecht will have taken notice, after all a 4-1 victory at home would see Anderlecht go through to the next round…