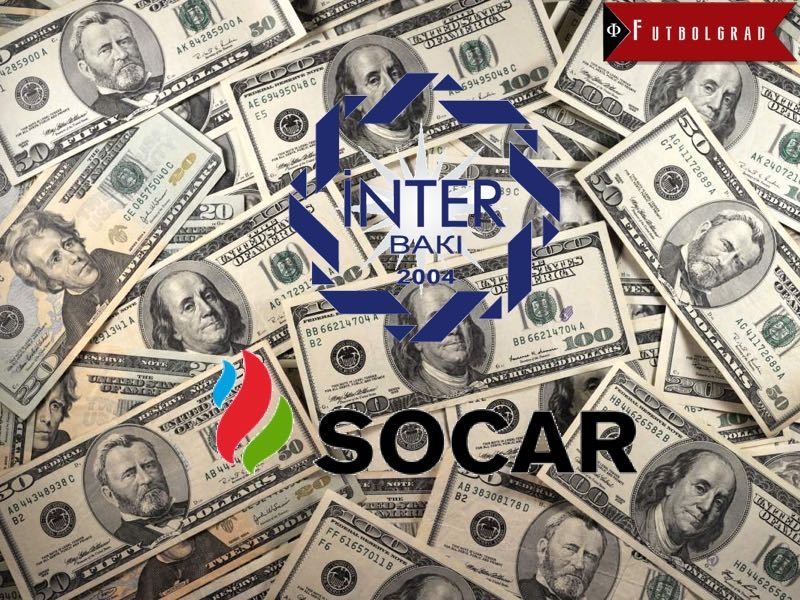 Azerbaijan Premier League side Inter Baku are on the verge of being bought by Azerbaijan’s state energy giant SOCAR.

Futbolgrad understands that talks are at an advanced stage with a consortium, which is keen to take over the cash-strapped Azerbaijan Premier League club.

Chief executive Azer Aliyev and the rest of the club’s board are understood to be leaving as part of the deal, because the new owners want to bring in their own management. Neftchi Baku president, Sadyg Sadygov, has been linked to become the club’s new president.

Inter Baku will likely be renamed to Keshla FK

The club is expected to change its logo and sponsor in May. The team is also likely to be renamed to Keshla FK.

The club was founded in 1997 as part of Khazar University, which funded them until 2004. In that year, the club was taken over by the International Bank of Azerbaijan (IBA). The club integrated the logo with the name of the bank and, thanks to bank funding, Inter Baku won the Azerbaijan Premier League twice—in 2008 and 2010.

In December 2015, however, the club has suffered a major setback when the club’s former owner, Jahangir Hajiyev, was arrested and then charged under various articles of the Criminal Code, including misappropriation, abuse of office, causing huge damage by fraud, embezzlement through the abuse of office, and bribery. On October 14, 2016, Hajiyev was sentenced to 15 years in prison.

In 2015, Inter Baku was one of three clubs, along with Ukraine’s Dnipro Dnipropetrovsk and Romanian side Targu Mures, to have fallen foul of UEFA’s financial rules. The situation got even worse when the world governing body FIFA sanctioned the club over financial irregularities.

Despite the troubled times, Zaur Svanadze’s team seized opportunities wherever they could be found and delivered some stirring against-the-odds performances against powerful rivals Qarabag and Gabala, who both made headlines in the Europa League this season.

The club also did well to lock up local talent—Rauf Aliyev and Nizami Hajiyev in particular—before receiving the FIFA registration ban. This has meant that the new owners will find a good squad in place when they take over.

The club includes some interesting players, and that should help create a strong foundation for the changes the new owners will likely want to make.

One player who stood out this season was Ruslan Abishov, who has become one of the most important players at the club. His finishing is not bad either, and he has scored some crucial goals for Inter Baku already in 2016-17.

Another player, who will be key is the soft-spoken, but powerfully challenging Georgian, Zurab Khizanashvili. The Georgian defender relishes his role as the aggressor in Inter Baku’s first-choice back three, and has developed into one of the Azerbaijan Premier League’s most reliable defenders.

At the moment, however, Inter Baku’s  squad lacks depth and quality in key areas, in particular lack of leadership, as there are no proven veterans who command respect within the locker room, which is a failing that will have to be addressed by the new owners.