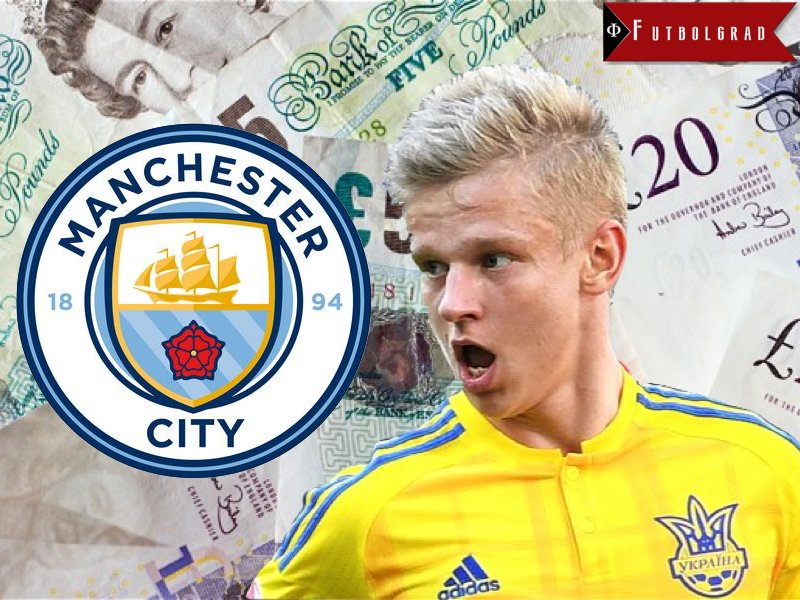 On July 4, Manchester City officially announced the signing of the talented Ukrainian midfielder Oleksandr Zinchenko from the Russian Football Premier League team FC Ufa. Zinchenko represents one of the first deals concluded by Manchester City’s new manager Pep Guardiola, and is thought to be an investment for the long term future of the club.

Furthermore, as Futbolgrad wrote on April 30, Zinchenko was also in talks with Borussia Dortmund and, in the spring, it appeared that the Germans were the frontrunners for the Ukrainian’s signature. Then throughout the spring, the German club signed some of Europe’s most talented prospects; the club signed Ousmane Dembélé (19 Stade Rennes), Sebastian Rode (25 Bayern Munich), Raphaël Guerreiro (22 FC Lorient), Mark Bartra (25 FC Barcelona), Emre Mor (18, FC Midtjylland) and Mikel Merino (20, CA Osasuna).

The 19-year-old Zinchenko, therefore, seemed to fit perfectly into Borussia Dortmund’s transfer strategy, and the player was even in Germany to visit the club during Russia’s long winter break. Some at the club believed that Zinchenko could be the perfect replacement for Henrikh Mkhitaryan, who has since signed for Manchester United.

Shakhtar Donetsk Have Started a Court Case Against Zinchenko

But in the end, the transfer fell through and Zinchenko ended up signing for City instead. What has already been celebrated as a major coupe by the Premier League club, could, however, backfire as Zinchenko’s transfer from Ufa to Manchester could have legal consequences.

Zinchenko stems from Shakhtar Donetsk’s successful youth academy and, according to Shakhtar’s president, Sergey Palkin, Zinchenko left the club in 2014 despite still being under contract in Ukraine. Subsequently, Zinchenko played in the Mitinsky Football League, an amateur competition based in Moscow, in order to keep up his match fitness for half a year.

According to Palkin’s version of events, Zinchenko unilaterally tore up his contract with Shakhtar and left the club despite the fact that he was still under contract. Hence, when Zinchenko signed a professional contract with FC Ufa in February 2015, Shakhtar sued Ufa and demanded financial compensation from the Russian club. The matter became even more complicated when Zinchenko was called up to the Ukrainian national team—as Palkin told the press, he was convinced that Zinchenko would soon be disqualified by FIFA for breaking his contract at Shakhtar.

The Zinchenko Case is Still Ongoing

Yet, a decision on Zinchenko’s contract with Ufa was still forthcoming when Manchester City completed the deal for the midfielder on July 4. Furthermore, Sergey Palkin told the Russian sports portal R-Sport that Shakhtar had contacted Manchester City about the legal proceedings against Ufa and Zinchenko.

Palkin stated: “The proceedings [over the transfer of Zinchenko from Shakhtar to Ufa] are still on-going. Naturally there will be a decision by the CAS [Court of Arbitration for Sport] on the transfer.” The Shakhtar Donetsk boss further stated, “We will continue to do everything from a legal point of view, including against Manchester City, until justice is done. How it will turn out, that is another matter. But the legal procedures will be sustained.”

Palkin also believes that Manchester City were wrong to conclude the deal with Ufa. He added, “It seems to me that, in this situation, Manchester City did not follow the proceedings correctly. I was in contact with their sporting director [Txiki Begiristain] and informed him about the situation, but they ignored it.” 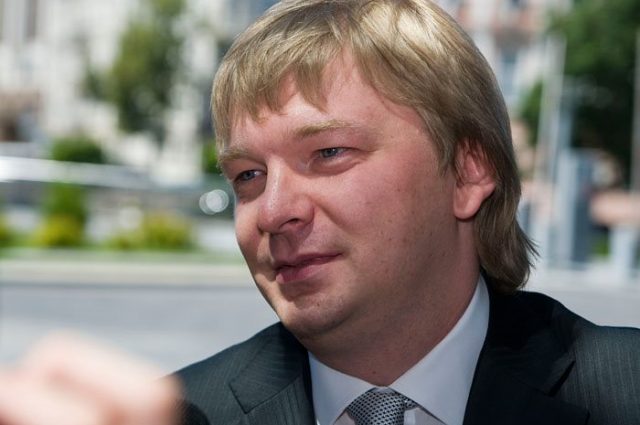 Ufa have since claimed that they will pay Shakhtar Donetsk a percentage of the transfer sum received for Zinchenko. Ufa’s manager Shamil Gazizov told the news agency TASS that Ufa will pay €150,000 to €200,000 in compensation to Shakhtar Donetsk.

Following this statement, however, Palkin told TASS that the compensation payment would not be enough to deter Shakhtar from demanding to have Zinchenko’s contract with City torn up. Furthermore, Palkin explained that FIFA still has to decide whether Zinchenko was correct in tearing up his contract with Shakhtar in the first place.

The Case Could Last Another Six Months

The litigation could last at least another six months, and Palkin told TASS that he was not sure whether “Manchester City wants to sign a player whose contract could be determined invalid six months from now.”

Meanwhile, Zinchenko’s agent Oleg Eremin is adamant that the deal between Ufa and Manchester City is on solid ground. Eremin told TASS, “Shakhtar want to be paid by Manchester City. But for now, the case rests with the CAS.” Eremin furthermore, believes that City will not abandon his player, “as the club made its own decision, and assessed the risks, and decided that it was worth making the transfer [despite the on-going case against the player].

For Shakhtar, however, the situation is quite clear. They want to have the original contract with Ufa torn up, which would mean that Zinchenko would be banned, and his rights would be returned to Shakhtar. In this case, Manchester City would have to pay a yet-to-be-determined compensation to Shakhtar Donetsk, if they are still interested in obtaining the player.

Shamil Gazizov has claimed that Zinchenko had better offers from several other clubs, among them supposedly, Borussia Dortmund, Zenit Saint Petersburg, and Rubin Kazan, yet Zinchenko only wanted to move to the Premier League. There might be some truth to this comment but, at the end of the day, it is understood that several major clubs refrained from putting forward a serious offer because of the uncertain ownership situation of the player.