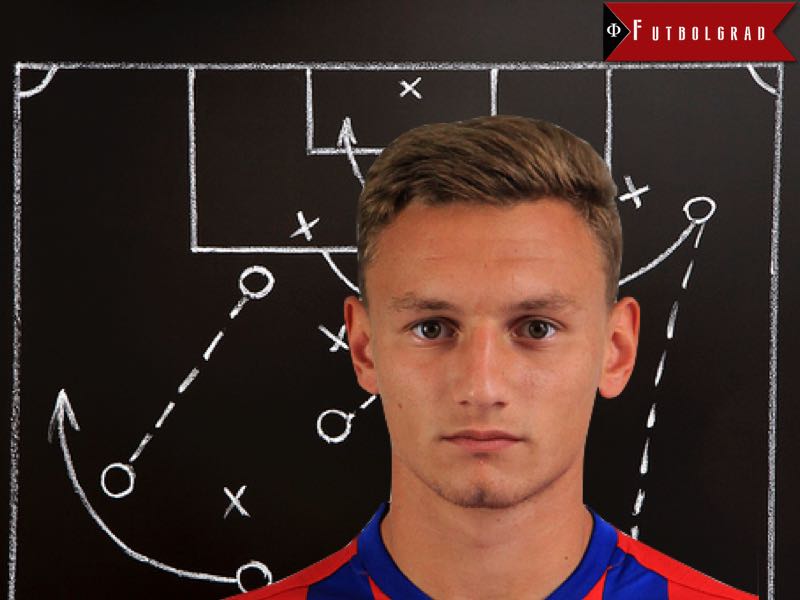 Although CSKA Moscow’s performance on Tuesday night against Bayer Leverkusen was an improvement on recent play, the eventual 1-1 draw (find the match report here) meant another disappointing result for the Red Army men. The draw against the Germans meant that CSKA can no longer qualify for the round of 16 of the UEFA Champions League this season.

There were some silver linings for CSKA Moscow on Tuesday night, however. The 1-1 draw means that the Russians are now just one point behind Tottenham Hotspur on fourth place. The two clubs face each other on matchday 6, and there have been suggestions that Spurs manager Mauricio Pochettino could field a weakened squad in order to avoid playing in the Europa League in the spring.

CSKA had a tough start in the Russian Football Premier League, as they find themselves six points behind second placed Zenit Saint Petersburg, and nine points behind Spartak Moscow. Only the first two teams in the RFPL qualify for the Champions League, and it would not be unrealistic for CSKA to fail to land one of the top two spots. Hence, Slutsky could salvage the season by reaching third in the Champions League group stage, and eventually make a deep run in the Europa League.

Slutsky is finally looking at the academy

Another positive aspect of the game was the fact that Leonid Slutsky has finally begun to bring new blood onto the side. As Andrew Flint pointed out in the Futbolgrad Podcast on Monday, Slutsky is an extremely nervous coach, who has worked with the same group of players since 2009, and has been extremely reluctant to make changes or bring in youth team players.

CSKA Moscow have probably the strongest midfield in Russian football—even without Roman Eremenko, who has been suspended for two years for cocaine abuse—but this season have struggled in the back, and failed to score goals up front. In the last two years Seydou Doumbia and Ahmed Musa were in charge of providing goals up front, but both have left the club.

CSKA brought in the talented Carlos Strandberg from Sweden in the winter of 2015, and signed Lacina Traoré on loan from AS Monaco. Both have been ineffective this season. As a result Slutsky has finally brought in a player from CSKA Moscow’s youth academy to fix the problem up front.

Against Bayer Leverkusen Slutsky fielded the 18-year-old forward Fedor Chalov up front. The striker made his full professional debut for CSKA Moscow when he was brought on with 15 minutes to go on matchday 13 in a 2-2 draw against Amkar Perm. Then on matchday 14 Slutsky started the young star in the 1-0 victory against Arsenal Tula.

Chalov displayed the sort of mobility that has been absent up front since Nigerian forward Ahmed Musa left CSKA Moscow this summer to join Leicester City. Indeed many questioned the logic of signing Traoré in the summer, as the tall 203cm lacks the mobility that made Musa an important part of CSKA’s attacking play.

Fedor Chalov – The next Ahmed Musa?

At 180cm Chalov has the combination of attributes that have been lacking in CSKA’s attacking play. This was especially evident in the match against Leverkusen where Chalov would often combine with the 20-year-old playmaker Aleksandr Golovin to create several scoring chances against the Germans.

As suspected Bayer Leverkusen dominated, but it was CSKA Moscow who had the biggest chances of the game early on, as Fedor Chalov and Aleksandr Golovin combined several times to break through Bayer’s defence, and it was only thanks to Bernd Leno that neither of them ended up scoring.

The two also managed to confuse the defence on several other occasions, as Bayer’s defenders Ömer Toprak and Jonathan Tah struggled to contain the two young energetic attacking players. Bayer just about kept the two off the score sheet, as it was Bibras Natcho who scored for CSKA from the penalty spot, but the match showed that Chalov could be indeed the solution to CSKA’s problems up front.

This becomes especially evident when one takes a closer look at Chalov’s stats in the UEFA Youth League. Here the forward has scored five goals, and provided four assists in four group stage matches, as CSKA Moscow UEFA U-19 squad currently comfortably leads Group E with four wins out of five games.

Fedor Chalov shows that Slutsky needs to look at the academy

The prowess of CSKA Moscow’s youth team, and the success of integrating Chalov, as well as the 20-year-old Golovin, in the first squad should indeed provide Slutsky with the necessary impetus to field further players from the academy.

Recent successes of the Russian youth national team, and the fact that CSKA’s youth squad has dominated their group in the UEFA Youth League, where the team is drawn against the excellent academies of Bayer, AS Monaco, and Tottenham Hotspur, show that there is plenty of talent available at that level. In Episode 1 of our Futbolgrad Podcast we pointed out that Russia doesn’t struggle to produce talent, but that coaches failed to play them.

CSKA are unlikely to spend big in the winter transfer window, and with this in mind the time could very well come for Slutsky to look to the academy to rebuild the club from within. Perhaps Fedor Chalov, and the Champions League match against Bayer, will be one day seen as the starting point of a new youth revolution at CSKA Moscow.