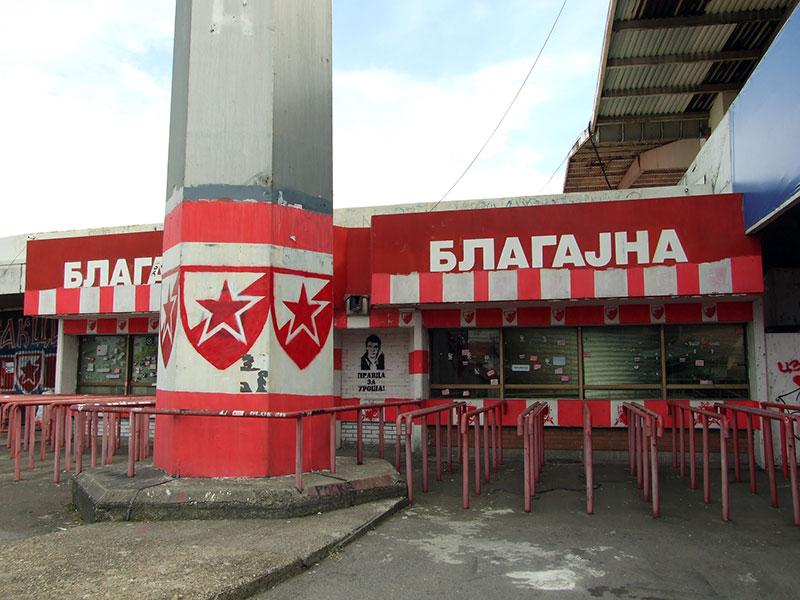 The SuperLiga was founded in 2006 after the secession of Montenegro from Serbia. The debut champions in the independent Republic of Serbia were FK Red Star Belgrade, one of the two biggest clubs in Serbia, and the other, their eternal rival, FK Partizan Belgrade.

The two clubs, Partizan and Red Star, are often referred to as the večiti rivali (eternal rivals), and they have continued to dominate Serbian football. Due to their on-going rivalry, games between the two clubs, commonly known as the eternal derby, are seen as the highlights of every single Serbian SuperLiga season. Not many other clubs in Serbia have the strength to get into the two-horse race for the title. Ample illustration is the fact that the total of nine titles since 2006 were split between FK Red Star and FK Partizan Belgrade, with Partizan winning seven of those, and the last six consecutively. 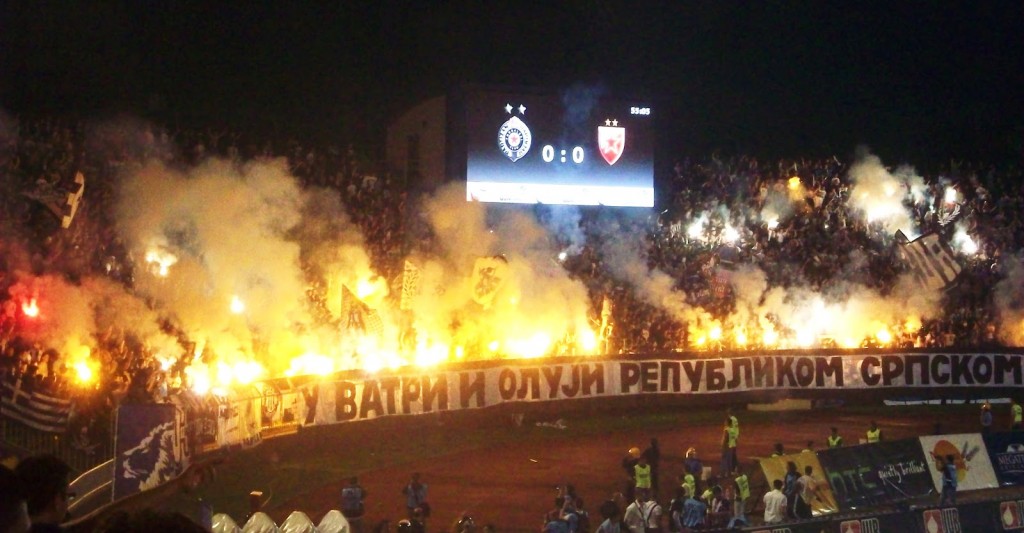 The eternal derby is always a heated affair

Other prominent clubs in the Serbian SuperLiga include FK Vojvodina from the city of Novi Sad, and most recently, the first privately owned club in Serbia FK Čukarički. Both clubs have been able to challenge Partizan and Red Star from time to time, but as yet have been unable to win the title. FK Vojvodina had twice been crowned national champions, but these successes occurred in 1966 and 1989 in the Yugoslavian First League.

The major problems in Serbian club football are the poor infrastructure, the chronic lack of money, and the economic crisis. Ownership laws date to the time of the establishment of the Socialist Federative Republic of Yugoslavia in 1945. Most clubs are therefore understandably interested in increasing privatisation in Serbian club football and changes to the law were indeed proclaimed by the Serbian Prime Minister Ivica Dačić in September of 2013, as well as by his successor Aleksandar Vučić. Privatisation is often used as the focal point of political campaigns in Serbia.

The ownership structure is the major problem in the Serbian football. Serbian clubs are described and classified as publicly owned community organisations. Registered, not as the state-owned organizations, Serbian clubs are lingering in the vacuum waiting for the new Sports Act (Zakon o Sportu) that will define their status and synchronize it with modern laws applied in the rest of Europe. These rules are going to be implemented in alignment with the European standards which clearly define and regulate the ownership structures of a football club. 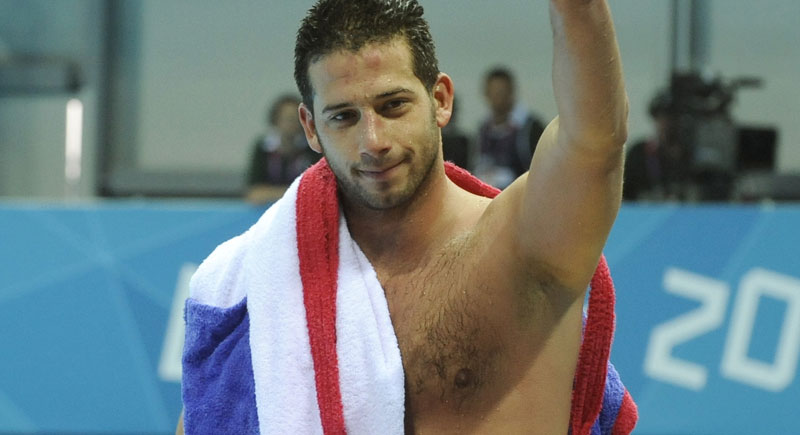 From Water Polo star to Minister of Sport – Vanja Udovičić

It is now ten years that changes to the Sports Act have been under discussion. As much as it is needed, the fact that the new Privatisation Act will not be coordinated with the new Sports Act has been confirmed by Vanja Udovičić, a 33 year old retired water polo player and the current Minister of Youth and Sports. The problem with the Sports Act is that it is still not precisely defined. This topic, as well as privatisation itself, is often brought up at random by politicians without any actual explanation of what it will entail. The privatisation of sport as part of a brand new Privatisation Act is even further away from being passed than the implementation of a new Sports Act.

The Perils of Privatization

As community organisations, Serbian clubs are, theoretically speaking, owned by the fans who have their voice in the club through the election of representatives in a club assembly. The assembly then elects a President who later on appoints the rest of the Board.

Partizan and Red Star especially, are under the spotlight when it comes to the new Privatization Act. Once regarded as giant clubs in Europe, Partizan and Red Star are now shadows of their former selves. With no money and their brand value lower than it has ever been, the location of their sports facilities is what counts the most. Situated in very attractive locations in Belgrade where land prices are especially high, the two clubs own their stadiums and all other facilities, and these cannot be subject to privatisation since they are already private properties.

Partizan is a specific case, however, as the ownership of the club’s stadium is still unresolved. Because it is an army club, FK Partizan got its grounds from the Yugoslav Army in March 1990, and it was decided that the owner of the Stadium would be the Yugoslav Association Partizan (Jugoslovensko Društvo Partizan; commonly abbreviated JSD Partizan) an umbrella organization of 26 clubs in 26 sports with FK Partizan and KK Partizan their most prominent components.

The new government lead by Prime Minister Aleksandar Vučić reopened the case of the unresolved ownership of the stadium and club facilities, and took it to court. The likely outcome is that FK Partizan Belgrade will lose its stadium, and that it will come under the ownership of the Ministry of Defence which will likely retain a share after privatisation (similar to the privatised Russian club CSKA Moscow in which the Army continues to keep a share).

It was 2011 when the former Company for Sports Activity “FK Čukarički Stankom” went bankrupt. A year later, the club was bought by the ADOC group, a private company operating in the area of financial management. The company was founded in 1990 at an auction organized by the Republic of Serbia’s Privatization Agency and its Bankruptcy Sector.

Commonly referred as Čuka, FK Čukarički is one of the first clubs in Southeast Europe that were ever bought by a private investment company. Founded in 1926, FK Čukarički are a club with a rich history. Commonly known as the Hill Men, the club are making steady progress. Čukarički got back to the SuperLiga in 2007, and today is the only solvent club in Serbia, whose players have regular wages and great facilities in which to properly train in order to make the best results possible. 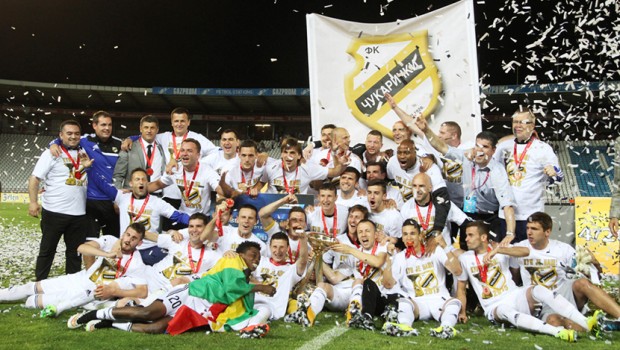 The club reached the UEFA Europa League qualifiers by finishing fifth in 2013-14, and then the club won the Serbian Cup in 2014-15, and also managed to finish third in the league, just behind FK Partizan and FK Red Star. These positive results are a considerable feat for a club, which was bankrupt, and on the verge of extinction only four years ago.

This year Čukarički eliminated Domžale from Slovenia in the first round of the Europa League, but ultimately failed to get past Qäbälä from Azerbaijan.

At the same time, however, FK Čukarički will have a bright future, and investment in their infrastructure, youth programmes and proper management has made FK Čukarički an admirable example of a successful privatisation. Due to the long wait for new laws and legislative implementation, it could be a while before we see a foreign investor buy a Serbian club and another football club of the Serbian SuperLiga follow in the Hill Men’s footsteps.