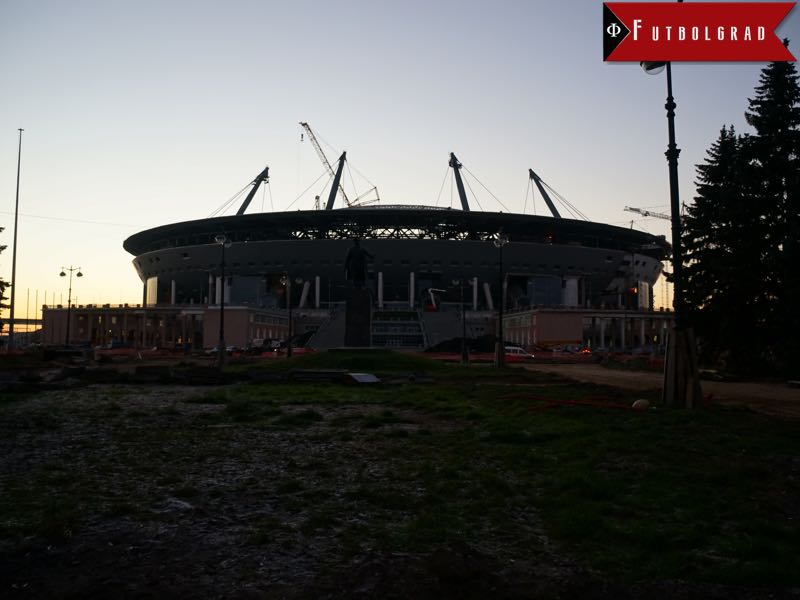 The most expensive football stadium in the world was opened on matchday 24 of the Russian Football Premier League. Zenit Saint Petersburg hosted Ural Yekaterinburg in the first-ever match played in the Krestovsky Stadium.

The stadium, which was constructed on Krestovsky Island just a few kilometres west of the old Petrovsky Stadium, has made headlines in the past for the long delays in its completion—the deadline was pushed back from the original March 2009 date, to the end of 2011, then 2013, followed by 2015, and then December 2016. Now the stadium was finally opened after another four-month delay. 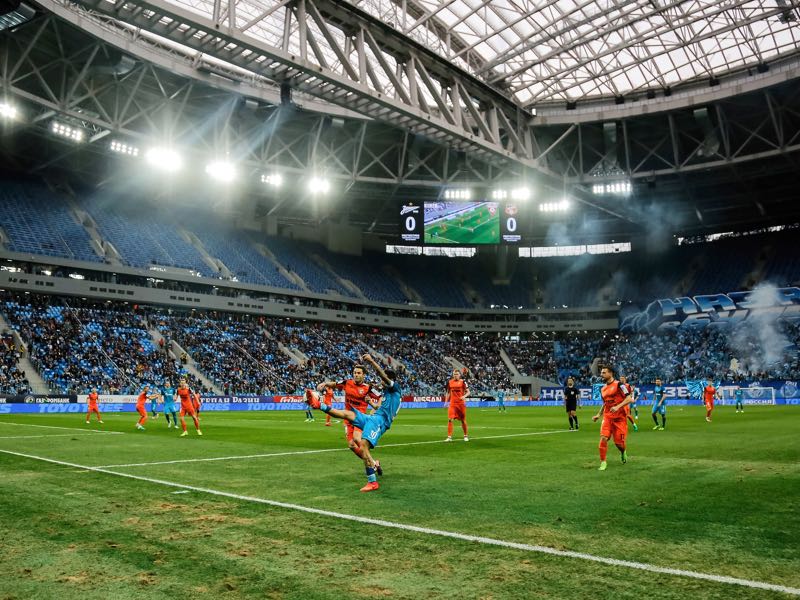 Construction on the stadium begun in 2007 and was original to be completed in 2008. But the stadium was hit with several setbacks and budget problems, which meant that construction had to be paused. Originally the project was supposed to be financed by Gazprom, but the oil and gas company exited the project in 2009 with the administration of the project moving over to the city government.

Then, in December 2010, Russia was awarded the rights to host the 2017 FIFA Confederations Cup and the 2018 FIFA World Cup. Up to this point, the Krestovsky Stadium was envisioned as a facility with around 40,000 seats. 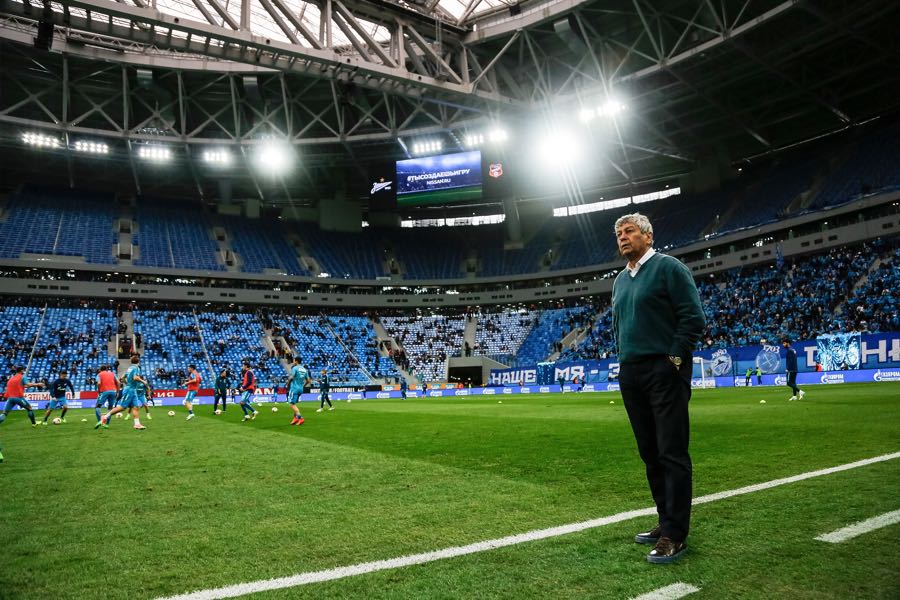 Zenit only managed to sell about one-third of all seats in the opening match of the Krestovsky Stadium. (Photo by Epsilon/Getty Images)

Originally named the Gazprom Arena—there is still a chance that it might carry that name after the World Cup—the stadium was supposed to cost $248.9 million. Changes to the original design, failure by Gazprom to finance the project, and the death of the architect, were some of the factors which caused repeated delays of the project. Then there were also issues regarding the location of the stadium. Built inside the old Kirov Stadium, a massive concrete structure from the 1950s that could hold 100,000 people, the ground provided problematic for the stadium planers.

The difficulties mentioned above were some of the key issues expressed to the Futbolgrad Network when we visited the construction side in 2015. At that point, the construction costs of the facility were rumoured to be $1.5 billion—surpassing the costs of the Wembley Stadium in London, which cost $1.47 billion.

Krestovsky Stadium – How much money was wasted through corruption?

At the same time, they could not explain all the problems. Back in 2015, Futbolgrad spoke with the prominent Russian football journalist Igor Rabiner about the problems of the Krestovsky Stadium. Rabiner had previously researched the issues associated with the construction problems on Krestovsky Island. The reporter told us that although the problems were real, he believed that the main problems were financial problems of the city administration and corruption: “Nowhere in Russia was more money stolen than during the construction of that stadium.” 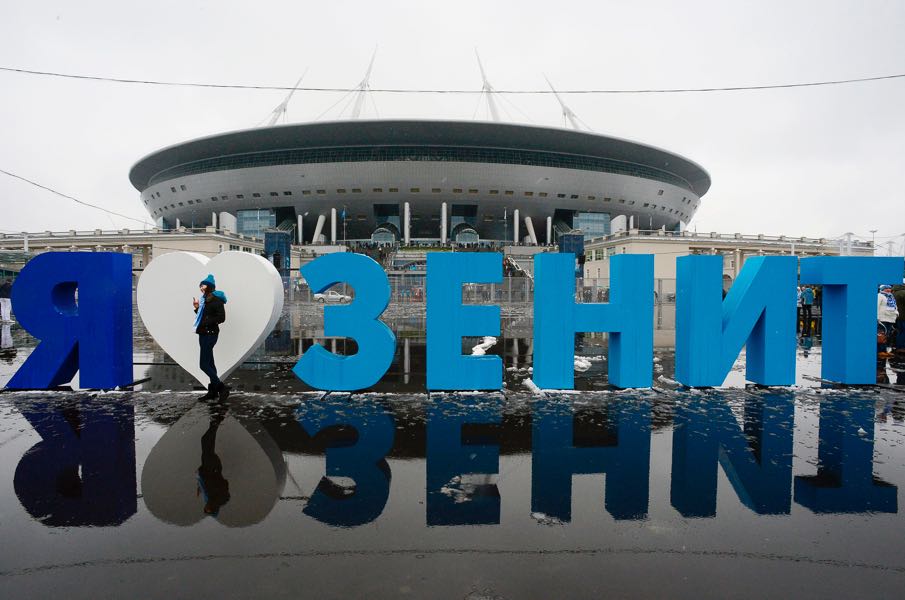 The Krestovsky Stadium will be the new permanent home of Zenit Saint Petersburg. (OLGA MALTSEVA/AFP/Getty Images)

During our visit of the stadium, the Futbolgrad Network received further hints that corruption and nepotism may have been two of the biggest issues. The changing of construction companies, which in Russia is usually done to favour one oligarch over another, meant that the project kept getting delayed. The fact that the regional government had to pay overtime fees further increased costs.

The stadium’s main tenant, Zenit Saint Petersburg, has one of the most passionate support groups in the entire Russian Football Premier League. With an average attendance of 17,100, Zenit also regularly managed to sell out their old home ground the Petrovsky Stadium, which is located on Petrovsky Island five kilometres east of Krestovsky Island.

Is the Krestovsky Stadium to large for Zenit?

Located closer to the city centre, the old Petrovsky Stadium is an old Stalinesque football stadium and, while it lacks modern amenities, it has the right size for Zenit supporters to create an intimidating atmosphere. Zenit, in fact, may have some of the best and loudest support in the entire Russian Football Premier League. 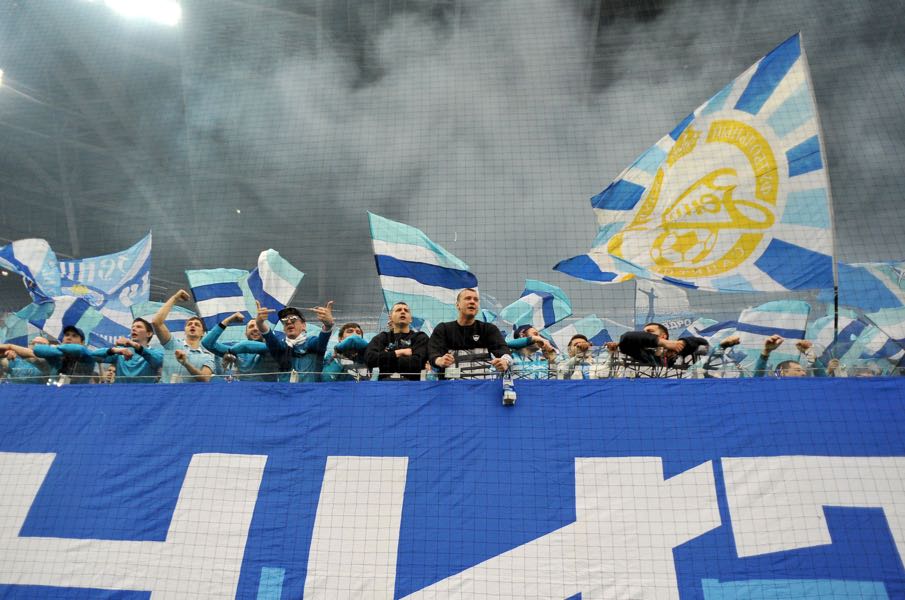 Can Zenit supporters keep up their fierce support in the Krestovsky Stadium? (OLGA MALTSEVA/AFP/Getty Images)

That support is now threatened to be lost in the giant Krestovsky Stadium. The first game against Ural, in fact, showed that Zenit may face some issues with filling the stadium. Only 20,004 tickets were sold, by the organizers, for the first match of the club in the new stadium. While Zenit fans celebrated the opening of the new stadium with a wonderful tifo, a photo report by the Russian page sports.ru highlighted that the stadium appeared somewhat empty with only around 20,000 people in attendance. More tickets will be offered in the coming games against Krasnodar and Terek. Those two games will, therefore, become the benchmark on whether Zenit can fill out the stadium on a consistent basis.

The danger of the Krestovsky Stadium becoming somewhat of a white elephant has, in fact, been frequently highlighted on the World Football Index – Futbolgrad Podcast (see above). The Futbolgrad Network has attended several games at the old Petrovsky Stadium and, even on an icy European football night, Zenit fans could develop a fiery atmosphere that is second to none in Russian football. The new Krestovsky Stadium now has the potential to firmly establish Zenit as a top European club, but only if the organization and the city manage to promote the stadium to the hardcore Zenit supporters properly. Otherwise, Russia’s fiercest supporters could be lost in the depths of a magnificent, yet gigantic, arena.