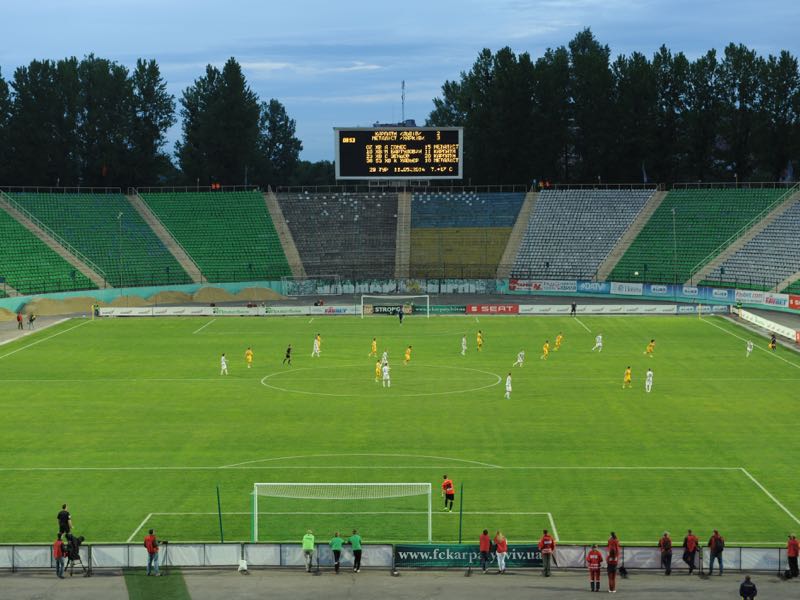 May 26 marked the return of the Ukrainian Premier Liha. During the restart, 13 goals were scored in five matches as the UPL looked to complete the remainder of the 2019/20 season. Over the weekend, Shakhtar Donetsk also defeated rivals Dynamo Kyiv in the Klasychne derby, where the Miners extended their lead at the top of the table. Shakhtar are now 16 points clear of second-placed Zorya Luhansk, and with eight matches remaining, Shakhtar look certain to retain the UPL title for a fourth consecutive season.

Unfortunately, the restart of the 2019/20 campaign had a bittersweet moment. During the opening weekend, a sixth match was supposed to be played between Karpaty Lviv and FC Mariupol. The game, however, was canceled as Karpaty revealed that 25 members of their squad and staff had tested positive for the coronavirus. Karpaty Lviv have now gone into a two week, self-imposed quarantine, and the UPL canceled Karpaty’s upcoming fixtures against Vorskla Poltava and SC Dnipro-1.

Currently, the 2019/20 UPL season is scheduled to conclude on 19 July. The UPL is now in the second stage of the competition, where the top six teams advance to the “Championship Round” to compete for the UPL title while the bottom six teams move to the “Relegation Round” to fight for their right to remain in the UPL.

Those competing in the “Championship Round” would be unaffected by Karpaty’s recent predicament as Karpaty were placed in the “Relegation Round” after the UPL was broken up into two groups. The situation, however, will affect the UPL’s relegation zone.

Karpaty are currently at the bottom of the “Relegation Round,” where they sit on 14 points with nine matches remaining. To make matters worse for Karpaty, only the bottom team of the UPL this season will be relegated to the Ukrainian First League. Should the UPL look to complete the remainder of the 2019/20 season by its proposed 19 July date, this would mean that clubs would have to continue to compete against one another while Karpaty remain in self-quarantine. Karpaty would then have to play their final nine games of the 2019/20 season over the course of five weeks, which is roughly twice as many games as those played by their opponents during that same five week period. Should this be the case, this would further negate Karpaty’s chances of avoiding relegation and competing in the UPL next season.

Overall, the UPL will need to decide how it will respond to Karpaty’s misfortunes. Will the UPL aim to delay the conclusion of the 2019/20 season to account for Karpaty’s poor luck? Would the UPL only propose a delay to those competing in the “Relegation Round”? Or will Karpaty be forced to compete in an unfavorable position at the end of their self-quarantine? Time will tell.