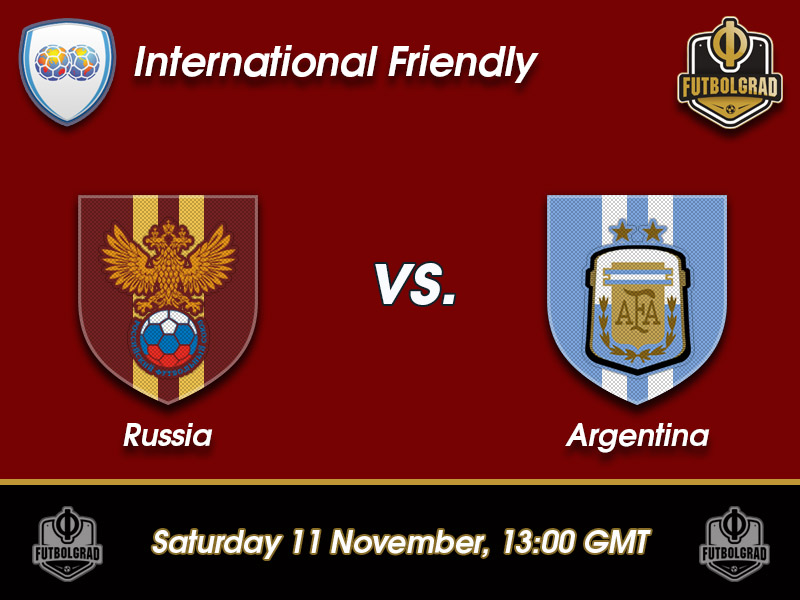 Russia vs Argentina will take place at the newly refurbished Luzhniki Stadium in Moscow. (Photo by Michael Regan/Getty Images)

After the farcical international break in September when the only fixture the Russian Football Union could cobble together was a pointless hybrid friendly against Dinamo Moscow, Stanislav Cherchesov’s side now face three of the best teams in the world in consecutive matches. First up is Argentina to open the refurbished Luzhniki Stadium, which will host the World Cup final next summer, and the arrival of Barcelona’s superstar Lionel Messi. “In this team is one of the best players,” Cherchesov said earlier this week. “In each position, there is a star, but we do not think strongly about it. There should be no fear.”

The squads and lineups have been chopped and changed significantly to mixed results on the pitch over the past year, and now Sbornaya faces by far its sternest challenge in non-competitive action. A glut of goals in the October friendly against Asian qualifiers South Korea will have loosened the shackles somewhat, but in truth, the proposition of facing an innovative and immensely talented side of Argentina’s calibre is a different challenge.

Fyodor Smolov’s recent blistering form in front of goal will be a delight to Cherchesov, and the one-time Borussia Dortmund target will relish the opportunity to broadcast his talents to the wider footballing community. In the forward department, it is a blessing in disguise that Artem Dzyuba has not been selected – the Zenit Saint Petersburg man may have earned some increased game time for his club, but the one-dimensional style of play that he engenders renders more intelligent footballing minds like Smolov and Aleksandr Kokorin ineffective.

It seems unlikely that Roman Zobnin will play any part on the pitch despite being called up for the first time since suffering a cruciate ligament injury, but there is plenty of midfield ball-playing talent to offer hope of creating chances. CSKA Moscow duo Aleksandr Golovin and Alan Dzagoev are fit and available and will be joined by the Miranchuk twins in a relatively youthful selection. In fact, Yuriy Zhirkov is the only outfield player over the age of 30 in the squad. Given that this is one of Cherchesov’s last true chances to test his team ahead of World Cup, his team selection will reveal a significant clue as to the direction in which he wants to take Russia.

Jorge Sampaoli successfully guided the Albiceleste through the notoriously tricky waters of the CONMBEOL qualification group, but only just. A historic final-day win away at altitude in Quito against Ecuador – a result they had achieved once in two decades of qualification for FIFA’s flagship tournament. Messi was undoubtedly the inspiration with a captain’s hattrick, and his place is as guaranteed as anyone’s at international level. The questions begin with who will play alongside him.

Gonzalo Higuaín hasn’t been called up since the former Chile boss took over in May, despite continuing to score well over a goal every other game for the last decade, with Manchester City’s all-time leading goalscorer Sergio Agüero, set to spearhead the attack. Higuain’s clubmate Paulo Dybala has failed to stamp his mark on the crucial role of ‘Messi’s associate’ – a role Sampaoli insists must involve the player staying close to the majestic skipper – with PSG youngster Giovani Lo Celso looking set to take his chance.

The unique system Argentina play is one that Sampaoli used to great effect at Sevilla but is also shaped by necessity. Three technically-gifted centre-backs are covered by a double pivot – one of which is likely to be Zenit man Matías Kranevitter – with the wide areas serviced by Angel Di Maria and Eduardo Salvio. Whereas the 3-4-3 employed by Antonio Conte then has the front three spread reasonably wide, Messi and his ‘associate’ have a more fluid position behind a more advanced frontline leader. “[Sampaoli] is a very intelligent man who knows exactly what he wants from his team,” Messi told Argentine broadcaster TyC Sports.

Russia vs Argentina – Players to Watch

The Krasnodar forward has emerged from his club’s disappointing slump in form to score four goals in their last two games to put them into the Champions League places. Despite having missed the first five domestic games, he is already level with Aleksandr Kokorin at the top of the goalscoring charts. For his country, he boasts a quietly respectable nine goals in 26 appearances but has scored five in his last ten caps. His movement will be central to Russia’s ability to pull apart the Argentina defence, and to their potency next summer. 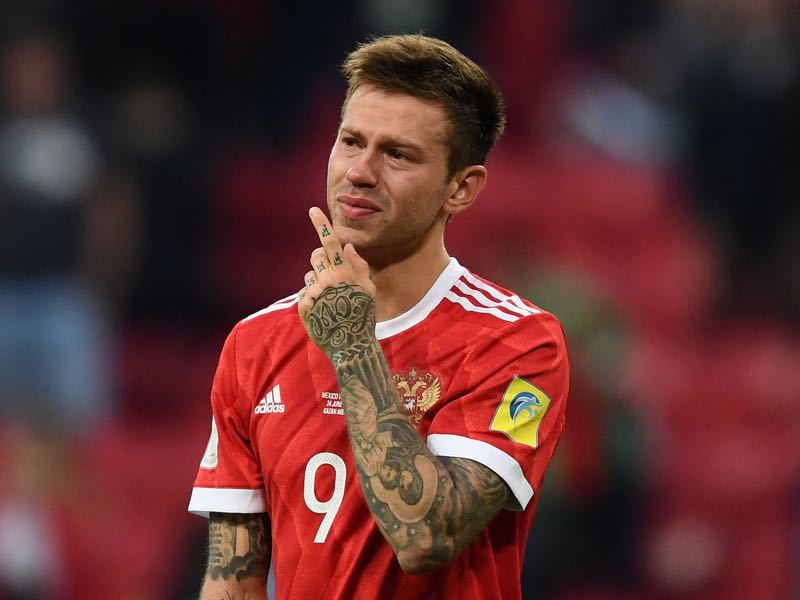 There are no surprises with this selection – who else will the world’s eyes be trained upon? Although he has had to bat away suggestions that he effectively runs the national team, his influence as the leader on and off the pitch is indisputable. There have been countless attempts to stop his sublime talent, with very few attempts succeeding; one danger many have fallen to is putting too much onus on double-marking the playmaker, which only leaves more space for his teammates to exploit. Whether he has a good performance individually or not, it will be impossible for Russia’s defensive players to take their eyes off him for a second. 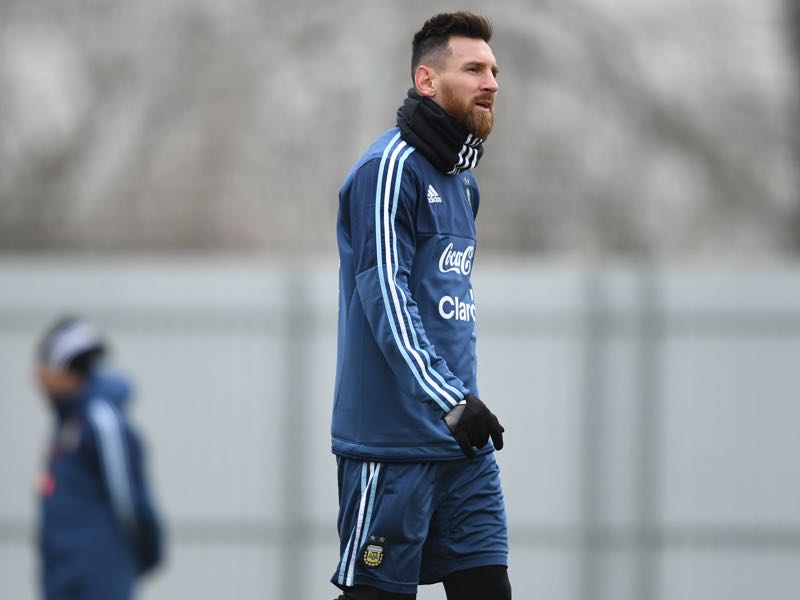