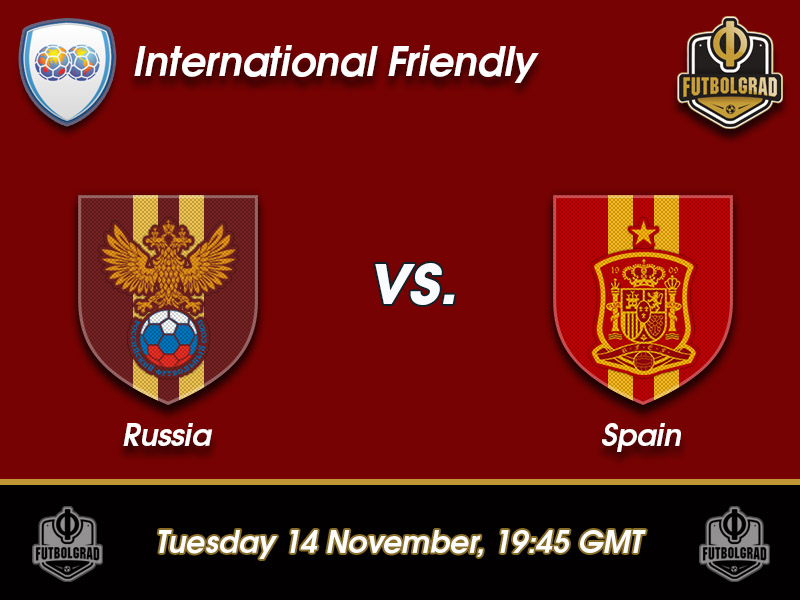 Sergio Agüero may have scored the first goal in the newly-refurbished Luzhniki stadium in Moscow on Saturday to hand Argentina a narrow win, but Russia gave a solid account of themselves. Aside from providing the grand venue with a stellar cast for its reopening, the purpose of arranging such a high profile opponent was to honestly give a measure of the state of Stanislav Cherchesov’s team. The manager had said before the game he felt the best way to counter Argentina was to match their setup – by and large, his players coped well with the more accomplished opposition in an adventurous 3-4-3 formation, and that was without one of the most in-form Russians – Alexey Miranchuk – starting the game.

A reasonable amount of encouragement will have been gleaned from the 1-0 defeat to Jorge Sampaoli’s men, with 2010 World Champions Spain an arguably greater test to come. Neither Miranchuk twin was given any significant game time, as Alexey was given a rather pointless eight minutes while Anton remained on the bench. Both will be hopeful of some increased involvement on the ground where they performed so admirably in deconstructing Zenit Saint Petersburg a few weeks ago for Russian Football Premier League leaders Lokomotiv Moscow.

Given that Spain tend to play with a more central-minded side with an, even more, fluid attacking forward line, it is highly likely that Cherchesov will once again pack the midfield. His captain Denis Glushakov is becoming the most crucial cog in the machine within this system, with Anton Shvets  – the only uncapped member of the current squad – an outside bet to make his debut. Aleksandr Golovin didn’t feature either, and is certain to play some part too; the only question is how adventurous Cherchesov is willing to be with so many young attacking midfielders at his disposal.

Julen Lopetegui has begun his reign as Spain manager with ease, winning all but three of his 15 games in charge since taking over last summer. In fact, he has serious pedigree through the age groups; in 47 combined matches in charge of Spain’s under-19, under-20, under-21 and full sides over a six-year period, he has suffered just one defeat. An emphatic 5-0 thrashing of 2014 World Cup quarter-finalists Costa Rica on Saturday in Malaga has prepared them for their trip to Saint Petersburg full of confidence.

Real Madrid playmaker Isco took a hefty blow to his left leg in the thumping victory, but it was revealed afterwards that the suspected injured was little more than a muscular bruise and would not prevent him from taking part in St Petersburg. Nevertheless, it is highly improbable that Lopetegui would incite the wrath of Zinedine Zidane by risking him excessively with the Madrid derby just six days later. Clubmate Marco Asensio may well step into the support role behind Álvaro Morata, although some further rotation is possible given the low stakes of the actual result.

Lopetegui handed a debut to Athletic Club ‘keeper Kepa Arrizabalaga as a potential backup alternative to David De Gea, although the Manchester United number one is the undisputed first choice for La Furia Roja. Lazio midfielder Luis Alberto also made his international bow at the weekend, while fellow former Liverpool player Suso – who has been on good form for AC Milan in recent months – remains the only uncapped member of the squad travelling to Russia. The five most experienced names – David Silva, Sergio Busquets, Andrés Iniesta, Gerard Pique and Sergio Ramos – hold almost 600 caps between them; it is the next generation that need their manager’s attention in the short term.

Russia vs Spain – Players to Watch

Lokomotiv Moscow’s star man is one of the most talented youngsters to represent Sbornaya in recent memory, and his current form makes him a real asset for his country. Dmitry Poloz failed to shine on his chance against Argentina and is likely to be sacrificed in the lineup for the more cerebral playmaker. Although still only 21, Miranchuk has carried the weight of expectation on his shoulders for the last two seasons, and his creative instincts will be critical if Russia have any ambitions of opening up technically superior opposition such as Spain.

Chelsea man Morata arrived in England in the summer under a sizeable price tag but has already proven his worth by having a direct hand in a goal per game in the Premier League, most recently with a superb headed winner against Manchester United. For his country, he has scored five goals his last four appearances and is the undisputed first-choice forward to lead the line. Russia’s defence got a taste of dealing with a fluid forward at the weekend, but in Morata they must face one of the most dangerous frontmen in world football. 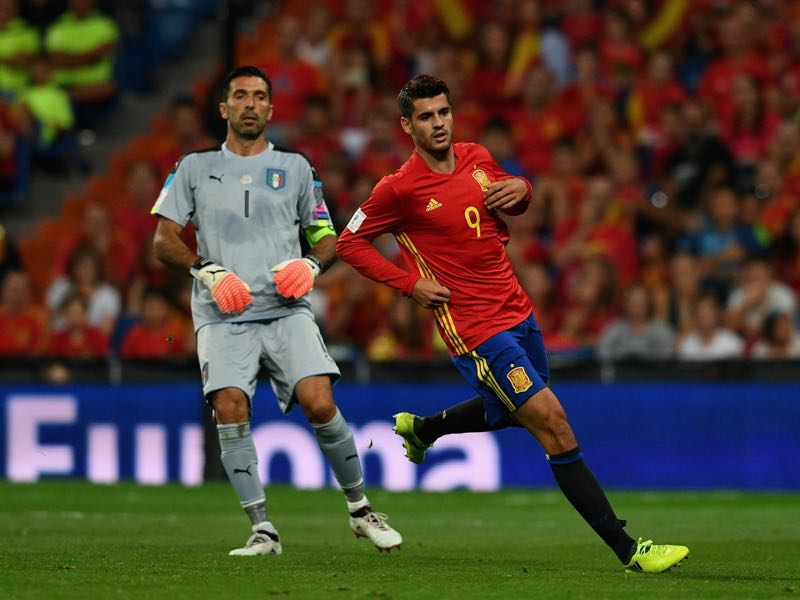