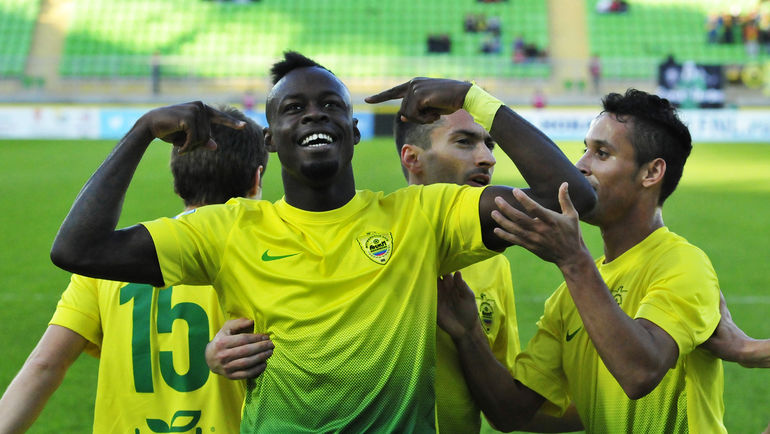 Anzhi – A Change of Strategy

These sales came after Anzhi owner Suleyman Kerimov was forced to initiate a change of strategy due to severe financial difficulties—his main business interest, potash producer Uralkali, in August 2013 announced that the company had severed a trade agreement with a Belarusian company, thereby ending a cartel which had effectively fixed prices and guaranteed a steady flow of income to Uralkali and Kerimov.

It is estimated that in the hours following the end of the trade agreement £5.5 billon was wiped off the company’s value,  with Kerimov losing some £325 million in net worth. Although the share price recovered shortly thereafter, Kerimov was understood to have made significant loses, and in turn announced that Anzhi would, in future, abstain from big signings, and would instead focus on young talent from the region.

Suleyman Kerimov, according to SPARK-Interfax, has ceased to be the sole owner of Anzhi Makhachkala. Instead, the company LLC Grandeko now owns the holding structure of the club. Suleyman Kerimov’s son Saeed owns 50% of LLC Anzhi Holding Management. It appears that similar changes have recently been made to the ownership structure of other companies, in the Kerimov Empire. Furthermore, it is also believed that Kerimov has been able to find investors, most prominently Oleg Mkrtchyan, to help finance the operations of Anzhi Makhachkala.

Interfax also published the budget numbers of other Russian clubs and it appears that Anzhi was the only club to experience a sizeable profit in 2014. Current Russian champion, Zenit Sankt Petersburg, for example, has shown the worst financial result of all Russian Premier League clubs by spending 5.2 billion roubles and only generating 320 million roubles. As Sport-Express pointed out, this would mean a loss of $91 million, more than the English Premier League club Manchester City, which saw a deficit of $45 million in 2014, and has been a perpetual deficit machine ever since the club was taken over in 2008 by a consortium out of Abu Dhabi. 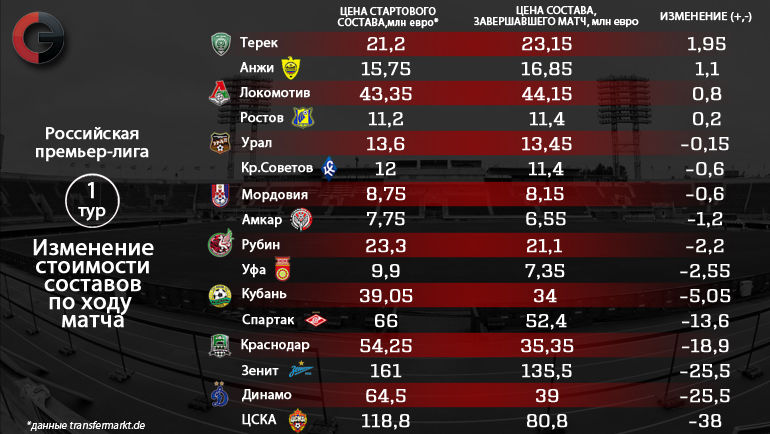 The Russian Premier League has long been a league with both big spending clubs, and teams that can barely make ends meet. Russia’s richest clubs have very little transparency on how they generate their income and consequently have come under scrutiny by UEFA. In May 2014 Zenit had to pay a fine of €12 million to UEFA as a result of the club’s accumulated debts.

More recently Dinamo Moscow was banned from this year’s Europa League season by UEFA because the European football governing body deemed that Dinamo’s sponsorship deals were not sufficient to cover the large deficit the club was running. Furthermore, the majority of Dinamo’s sponsorship money came from Dinamo’s shirt sponsor VTB, which coincidentally also owns 74% of the club’s shares.

The numbers issued by Interfax, and Sport-Express highlight some of the biggest problems in Russian football today. While there is no shortage of rich owners, clubs have a difficult time meeting the requirements of Financial Fair Play regulations, which state that a significant percentage of a club’s income has to be generated through merchandizing, TV money, and sponsorship, while at the same time sees any money given to the club by a rich owner as a form of debt.

The Shakhtar Code – An Economic Solution for Russian Clubs?

This is one of the main reasons why Anzhi’s economic numbers are making headlines in Russian football. But, what needs to be understood is that the club was only able to generate this profit because it was able to sell players that the club imported during the period between 2010-2013, a period in which the club ran a massive deficit. Much of the club’s profit in 2014 can be backdated to player transfers that were conducted during Anzhi’s restructuring process.

At the same time the Anzhi approach could also be a solution to Russia’s football deficit crisis: Major clubs like CSKA Moscow, and Zenit Sankt Petersburg regularly participate in major tournaments such as the UEFA Champions League. These clubs could therefore become a prime destination for players from overseas who want to prove themselves in the highly competitive European market, but are not quite ready yet to play in one of Europe’s top leagues.

Here Russian clubs, like Anzhi, could take a page from neighbouring Ukraine, where Shakhtar Donetsk has been able to capitalize massively from the many Brazilian players the club has brought in since 2003. Shakhtar, for example, according to Transfermarkt.de ran a transfer deficit of €48,698,000 in the period between 2003 and 2013. The big turn around came in the winter of 2013 when Shakhtar sold the Brazilian playmaker Willian to then free spending Anzhi Makhachkala who parted with £35 million to make the transfer happen. In the summer of 2013 Willian’s departure was joined by midfielder Fernandinho who moved to Manchester City for €40 million, and the Armenian attacking midfielder Henrikh Mkhitaryan who moved to Borussia Dortmund for €27.5 million. 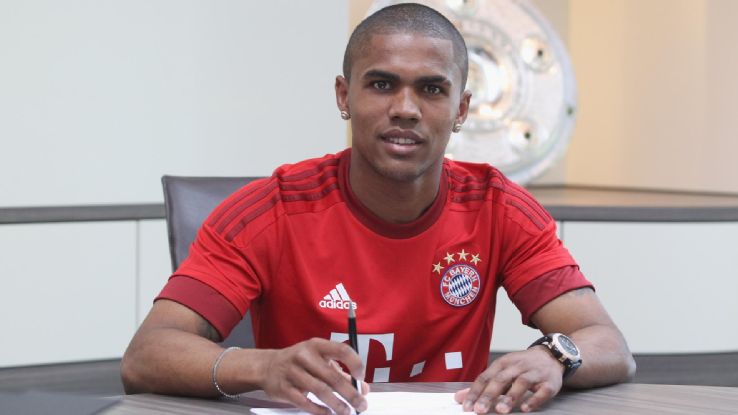 Douglas Costa was sold by Shakhtar to Bayern this summer for €30 million.

This season, the club has once again been able to generate a transfer profit by earning €46 million through the sales of Luiz Adriano to AC Milan, Douglas Costa to Bayern, and Fernando to Sampdoria. The money earned through these transfers have not only helped Shakhtar stay out of UEFA Financial Fair Play’s black book, but has also meant that the club was able to reinvest much of the money into new talent, primarily from South America and its youth teams (the club’s U-19 reached the UEFA Youth League final in 2015, narrowly loosing the game to Chelsea’s Academy) and also has enabled the club to built a sufficient war chest that allows the club to be highly competitive (the club’s current squad is worth €142.2 million) even while the club is forced to operate in exile as the politically difficult situation continues in the Donbass.

Buy the best talent from South America, and sell it for a higher price—has in essence become the Shakhtar Code, which sees the club, along with the Portuguese based club Porto, as the most popular stepping stone for South American talent trying to reach mainstream European football. This system has not only made Shakhtar the most successful club in the post-Soviet space in the 2000s, but it also could serve as a model for clubs based in Russia.

In fact, the Shakhtar Code may become the new foundation for Russian football, especially because Russian clubs, due to the rouble crisis are forced to crunch their budget numbers more sparingly, and may start to incorporate young mouldable talent from abroad—with an eye to the profitably of selling these players to the west—rather than buying players who have already reached their peak. Perhaps, in hindsight, Suleyman Kerimov’s “restructuring process” wasn’t so foolhardy after all…