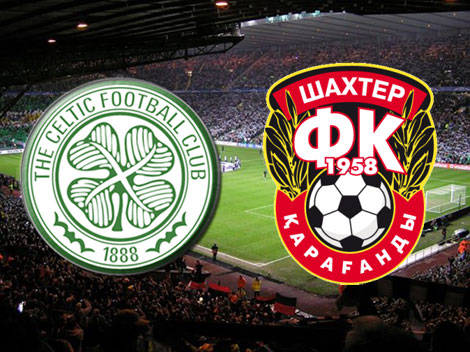 On Tuesday 20 August, Shakhter Karagandy welcome Celtic to Kazakhstan’s Dubai-inspired nouveau capital Astana for the honour of competing in European football’s premier tournament – and European football’s only-game-in-town – the UEFA Champions League. However, beneath the glamour that Kazakhstan attempts to exude, or at least today purports to be to would-be investors, the story of Shakhter Karagandy is a far more modest one.

Ominous for Celtic, is the story of Flora Leipman – the Glasgow-born painter of Russian parentage and author of The Long Journey Home – who fled her apartment in Charing Cross in 1933 for what she believed would be her new socialist utopia, the Soviet Union. Having been detained in Stalingrad, Flora was deported to a notorious camp in Karaganda built to exploit nearby coal deposits using the sweat of prisoners, where she defrosted corpses for autopsies. 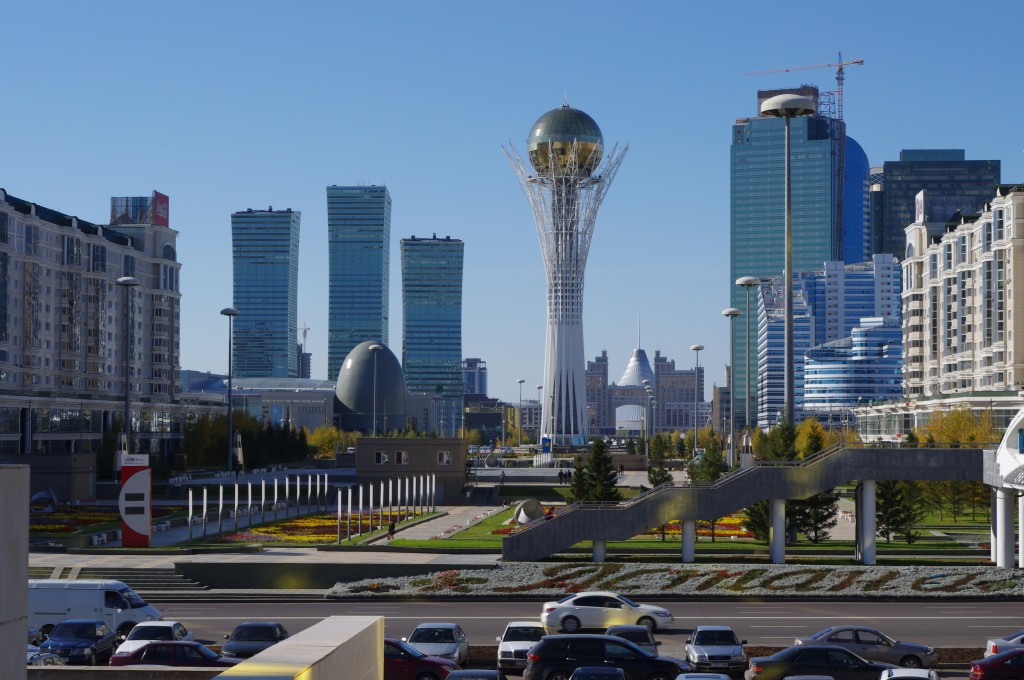 For those Celtic fans with sufficient air miles – not to mention the diplomatic contacts to obtain an expedient visa – to complete the pilgrimage to Astana, they can be assured that the greatest dangers of Astana extend only as far as gaudy architecture, over-privileged bureaucrats and beer the price of Almaty airport’s caviar. Nonetheless, Celtic officials and travelling fans alike should be considerate of the recent history of Kazakhstan, a country now barely two decades old and the most reluctant post-Soviet state who felt burdened with independence from the Soviet Union, and acknowledge the strides made by Shakhter Karagandy, their exploits in this season’s Champions League having been described by UEFA as a “rise from obscurity”.

Football first appeared in Kazakhstan in the town of Semipalatinsk according to the Football Federation of Kazakhstan, the beautiful game having been imported by merchants who had visited England previously. In that period this city, now suggestively referred to as Semey – synonymous with being uncomfortably close to where the Soviets tested their environmentally-catastrophic atomic bomb programme  – was one of the largest trade centres of Middle Asia and Siberia.

For Shakhter Karagandy, they had to wait until April 17, 1958 for their inaugural match, which ended in a 1-0 defeat against Lokomotiv Chelyabinsk, who also hail from where some consider to be the most radioactively contaminated spot on the planet. In this match, as vividly regaled by a phantom fanatic whose biblically-paced historiography of Shakhter Karagandy can be found here (in Russian), the fans arrived by the spade-load to the stadium, masked in coal dust having scurried straight from a long, grueling day at the mine. Shakhter, meaning pitmen in Russian, are analogous with Celtic in some respects, who are both today romantically characterised by working class values. 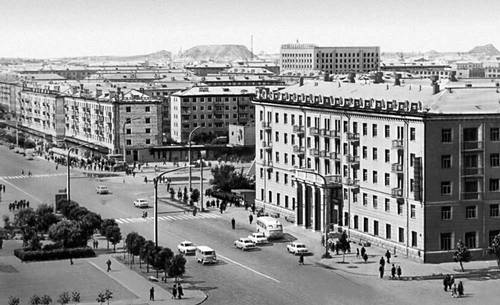 Shakhter’s finest hour, should they not qualify for this season’s Champions League, came in 1962 when they won the right to play in the Vysshaya (Top) League. They had fought for victory in the Soviet First League, a second tier of Soviet football then consisting of several groups, the winners of which qualifying for the final tournament. However, in the spirit of the Soviet Union, the league was reorganized the following season, which spawned another second tier thereby arbitrarily denying Shakhter their right to joust against the Muscovite bourgeoisie.

In 1970, yet another reorganization took place, akin to Scottish football’s current addiction to rebranding its proverbial dead horse. This placed Shakhter in a league alongside the other top sides from a patchwork quilt of second tier leagues. These were the halcyon days for the miners, playing in front of 30, 000 fans under artificial light, and whose supporters came, according to the Shakter’s clandestine biographer, not only in search of victory but rather profoundly – and in contra to the now-accustomed booing at the end of every half at Arsenal’s Emirates Stadium – in order to bear witness to a historical football event. Victories over “Locomotive” (Moscow) – 3:1, “Dinamo” (Leningrad) – 4:2, “Rubin” (Kazan) – 3:0, “Zalgiris” (Vilnius) – 1-0 amounted to the season’s highlights, and although Shakhter were eventually relegated in 1973, this period is still recounted as the zenith of their Soviet footballing existence.

The fall of the Soviet Union, and Kazakhstan’s somewhat unwanted independence, which was finalized on 25 December 1991, reflected the sporting trajectory of the country, with the dawning of a new 25-team national championship. The pitmen finished a respectable 7th place in the league’s first season.  UEFA’s mention of Shakhter’s rise is a reference to their recent levels of success both domestically and beyond. Unlike FC Kairat Almaty, who would commonly fraternize in the company of the Soviet Union’s top sides in the Vysshaya League, Shakhter were peripheral, never gracing the top Soviet stage.

Rise of the Miners

On 19 September, 2008, FC Shakhter, alongside FC Vostok, were disqualified from the Kazakhstan Premier League for playing a fixed match. On 2 October, the authorities revised their decision and FC Shakhter were instead deducted nine points, while FC Vostok’s expulsion was upheld. Despite this setback, Shakhter have reemerged with a functional side based on the strong tactical prowess of Viktor Kumykov, whose temporal managerial career is spatially similar to the pastoral traditions of Kazakh nomadism, and whose promise to give up a 35-year smoking career should Shakhter progress underlies his loyalty to Karaganda’s Champions League ambitions.

Unlike the other ‘Shakhters’ of the post-Soviet space, namely Donetsk and Belarus’s Soligorsk, and with particular regard to the former, Karagandy are not a financially-constructed entity, which makes their success all the more surprising. In fact, the majority of their squad is from the post-Soviet space, with the Colombian Roger Cañas, a notable document-carrying exception in the streets of Karaganda.  Alongside Canas, who made his way to Kazakhstan from Independiente Medellín via Poland and the aptly-named Latvian side FC Tranzit, Celtic should be most aware of Karagandy’s stalwart forward parodically-named Andrei Finonchenko. Second behind Nikolai Igamberdiev’s record 182 goals for the club, Finonchenko is a burly former ball-boy and autograph-hunter-turned-centre-forward, whose love for his local club was vividly illustrated during a recent interview. “Like many Karagandy boys I dreamed of playing for Shakhter,” he said. “I was a trainee, a ball-boy, then when I got into the first team I realised I wanted to change the club. I had offers from elsewhere but money is not the most important thing in life. There have been good and bad times, but I thank destiny I’m here,” sniffed the barrel-chested yet sentimental striker.

Another cause for concern among Celtic’s porous defence is the Armenian attacking midfielder Gevorg Ghazaryan. Despite two promising seasons in the Ukrainian league and some eye-catching international performances, most notably in the stunning 4-0 over Denmark in June, the 25-year old was allowed to join Shakhter on loan from his club Metalurh Donetsk this summer. And it’s not just the Celtic backline that should be wary of the Armenian, for any Parkhead ball-boys on duty at the return leg thinking about hurling some gallus Glaswegian patter should bear in mind that Ghazaryan was sent off for hitting one of their Bulgarian counterparts in a World Cup qualifier a year ago. 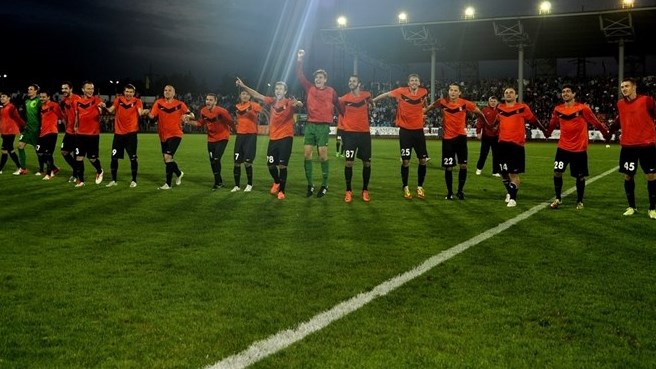 Regardless of the outcome of Shakhter’s match against Celtic, the pitmen are already guaranteed a group place in a UEFA competition this season, having beaten Belarus’s BATE Borisov and Albania’s KF Skënderbeu Korçë. Moreover, with the memory of Karaganda’s arbitrary obstruction from ever gracing the Soviet Union’s top flight in mind (a fact still traumatising Shakhter’s cloaked historian) their rightful place amongst Europe’s elite, should they defeat a robust Celtic side, will be duly deserved, with their entry to the Champions League rewarded with sacks full of gold, rather than coal.