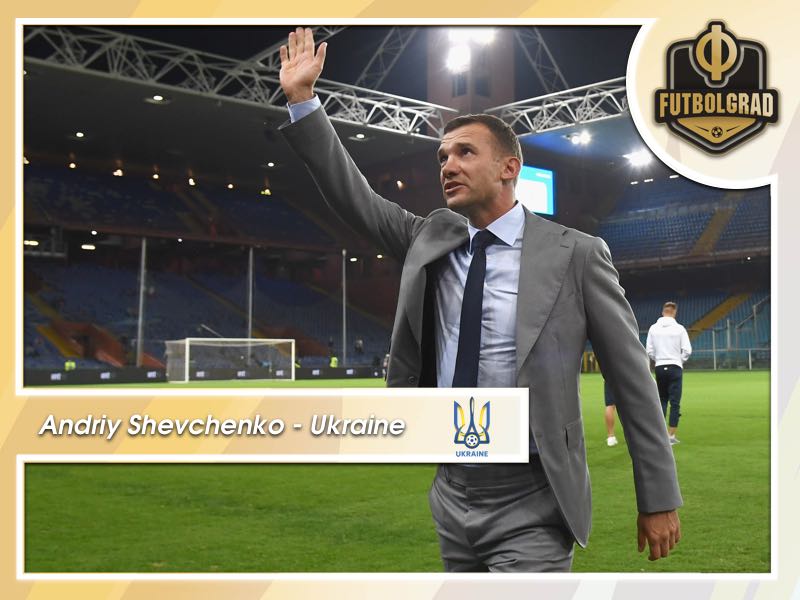 Andriy Shevchenko has led Ukraine to promotion! Ukraine maintained their perfect record in the UEFA Nations League by defeating the Czech Republic on Tuesday. Having won the match, the Yellow-Blues became the victors of League B – Group 1, thus gaining promotion to the competition’s prestigious League A.

Winning their group also meant that the Ukrainians are guaranteed a qualification play-off spot for Euro 2020, although they may still advance directly to the European Championships through the normal qualification process.

The media praised Ukrainian manager Andriy Shevchenko for his efforts, where most recently the national team rose six spots in the September Men’s FIFA/Coca-Cola World Rankings. The Ukrainians are unbeaten in 2018, and they have outscored their opponents by 12 to five.

Shevchenko – How has the Ukrainian national team evolved under his tenure?

Aside from the 2006 FIFA World Cup, Ukraine has struggled to perform at the international level. Most recently, the Yellow-Blues missed out on a place to the 2014 FIFA World Cup after losing to France in the playoffs, and then-manager Mykhaylo Fomenko’s side barely scraped by Slovenia in the Euro 2016 playoffs. With this in mind, the board decided that a series of managerial changes needed to be made in preparation of the 2016 European Championships, and assistant manager Oleksandr Zavarov was replaced by Shevchenko.

Following his appointment, the Ukrainians faced Cyprus, Wales, Romania and Albania in a series of international friendlies. The Yellow-Blues performed well in these matches. Many believed Shevchenko’s appointment had an immediate effect on the national team, and it was believed this success would translate to a strong performance at the European finals in France.

Unfortunately, these conclusions were false. Having been drawn in the competition’s Group C, Ukraine were paired with Germany, Northern Ireland and Poland. The Ukrainians shockingly finished in the last place, where they lost all three of their matches. Moreover, they did not score a single goal in the tournament. Fomenko was left embarrassed and parted ways with the national team. Ukraine then announced that Shevchenko was promoted to manager.

There was an aura of cautious optimism with Shevchenko’s appointment. On the one hand, Ukraine’s all-time top scorer had much experience at the international level, having competed at the 2006 FIFA World Cup (Ukraine’s only appearance at a World Cup). He also played for Dynamo Kyiv, AC Milan and Chelsea, where he earned many trophies. Given these successes, it was assumed his success would translate to the national team.

On the other hand, Shevchenko had little coaching experience. Nonetheless, he would be given an opportunity to prove his critics wrong with a chance to help Ukraine qualify for the 2018 FIFA World Cup.

Ukraine were drawn with Iceland, Croatia, Turkey, Finland and Kosovo in their qualification group. Early predictions favoured Ukraine to finish in one of the top two spots in Group I, but this did not occur. The Zbirna struggled against their opponents and were unable to capitalize on their chances. The two matches of note were that against Iceland and Turkey, where Ukraine squandered an opportunity to take all three points on both occasions. Moreover, their away form against the top teams was poor, having earned one point from a possible nine. Ukraine finished third in the group and thus failed to qualify for the tournament. 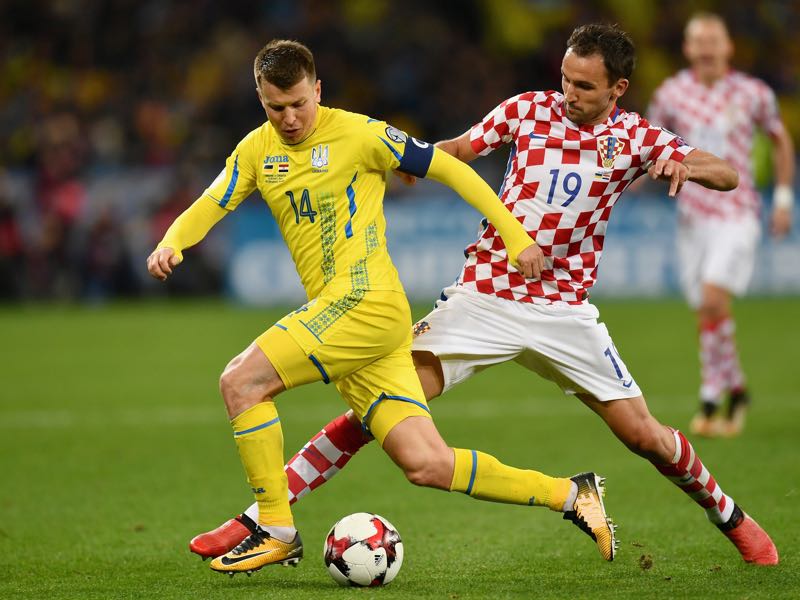 With these changes in mind, Ukraine entered 2018 with a clean slate and a point to prove. During the first half of the year, the Yellow-Blues were paired against Japan, who would eventually finish in the quarter-finals of the 2018 FIFA World Cup, and faced Morocco and Albania in the early summer. Convincing displays in these matches showed that Shevchenko’s methods began to click. Moreover, several more of Ukraine’s international stars moved abroad, thus enhancing the experience level of the national team.

These combinations of factors saw the Ukrainian national team blossom in the UEFA Nations League. Having been placed in League B – Group 1, Ukraine would face the Czech Republic and Slovakia in a series of four matches. Should Ukraine win the group, the Yellow-Blues would be granted a play-off place for the European Championships in 2020. Yet most importantly, promotion to League A would mean that the Ukrainians would compete against some of Europe’s most talented teams such as France, Spain and Belgium.

The rest is history. Over a span of three matches, Ukraine maintained a perfect start to their UEFA Nations League record. The Yellow-Blues earned three victories from three, keeping two clean sheets in the process, and they won the group. This means they will be promoted to League A during the 2020/21 campaign, and they have qualified for the Euro 2020 playoffs

While it is too early to celebrate these achievements, the Ukrainian national team has vastly improved. Shevchenko has been able to combine the vast experience of his front line and has paired it with a rather inexperienced defensive side. The Ukrainians are also finding creative methods to outscore their opponents, something that they had lacked following the retirement of Andriy Shevchenko. Yet most importantly, with a vast number of Ukrainian players competing in Europe’s top divisions, it is possible this success could lead to something greater during the European Championships in 2020.

Shevchenko has impressed during his managerial tenure, but this is only the beginning. It will be a delight to see what is in store.