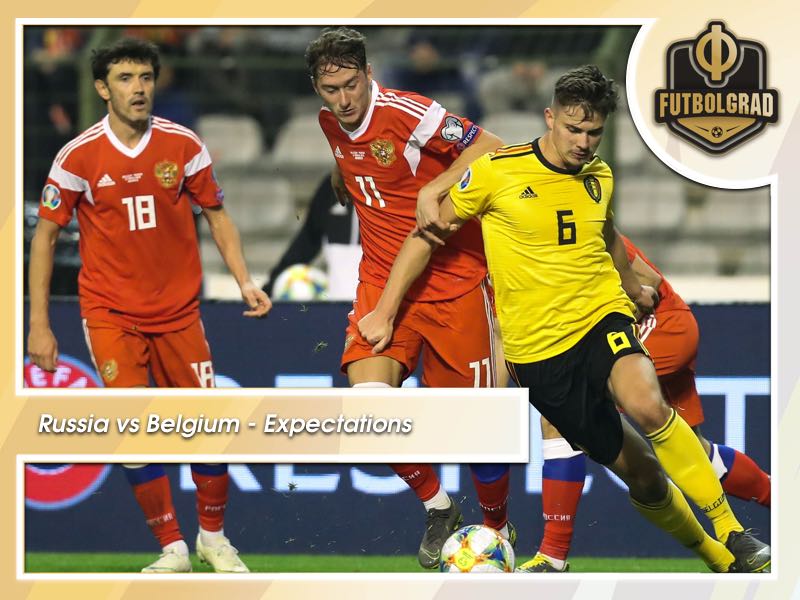 What can we expect from Russia’s clash with Belgium?

Russia host Belgium at the Gazprom Stadium in St. Petersburg on Saturday with both sides knowing that they have already qualified for the Euros in 2020.

So what can we expect from Saturday’s clash?

When the two sides last met in qualification, Belgium triumphed 3-1, but with Les Diables Rouges and the Russians safely through, there is the prospect of young, hungry players being given a chance.

Belgian’s Timothy Castagne has six caps at 23 years of age and Yari Verschaeren has two at 18 but both are incredibly exciting youngsters that could well be given the nod ahead of Saturday’s fixture. 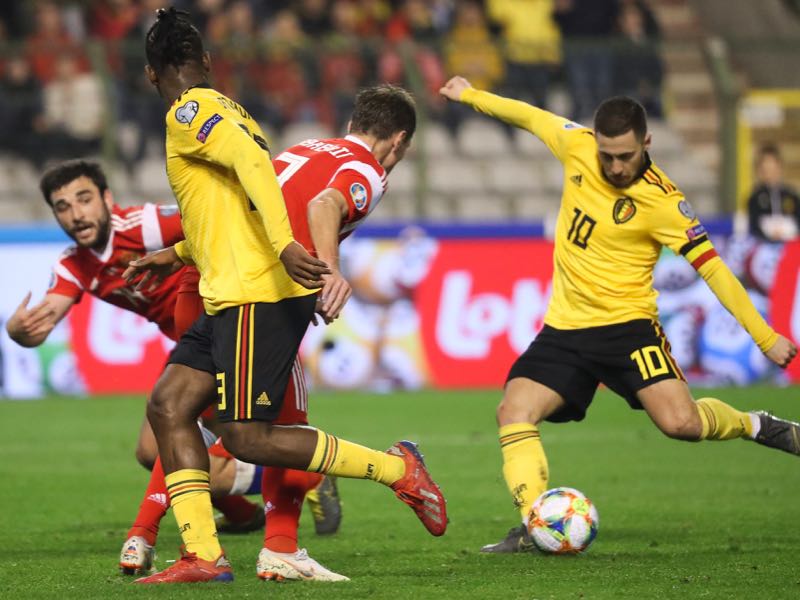 Belgium’s forward Eden Hazard (R) shoots and scores a goal during the Euro 2020 football qualification match between Belgium and Russia at the Roi Baudouin stadium, in Brussels on March 21, 2019. (Photo by VIRGINIE LEFOUR / BELGA / AFP)

Russia themselves have a conglomerate of youthful vibrancy within the squad that may well get a look in. Defender Vyacheslav Karavayev (24) has one cap, midfielders Ilzat Akhmetov (21) has seven and Zelimkhan Bakayev (23) one, whilst forward Nikolay Komlichenko (24) has one also.

Both sides have earned the right to rest a few of their more hardened players and some on the fringes will be looking in from the outside ready to take to the field if given the respective nods from their managers.

It will be an interesting fixture with neither side in danger of slipping out of the top two qualification from Group I.

It wouldn’t be a footballing weekend without the public looking at these games with intent and there will be plenty of accumulator tips for the weekend as the penultimate round of Euro Qualifiers take centre stage.