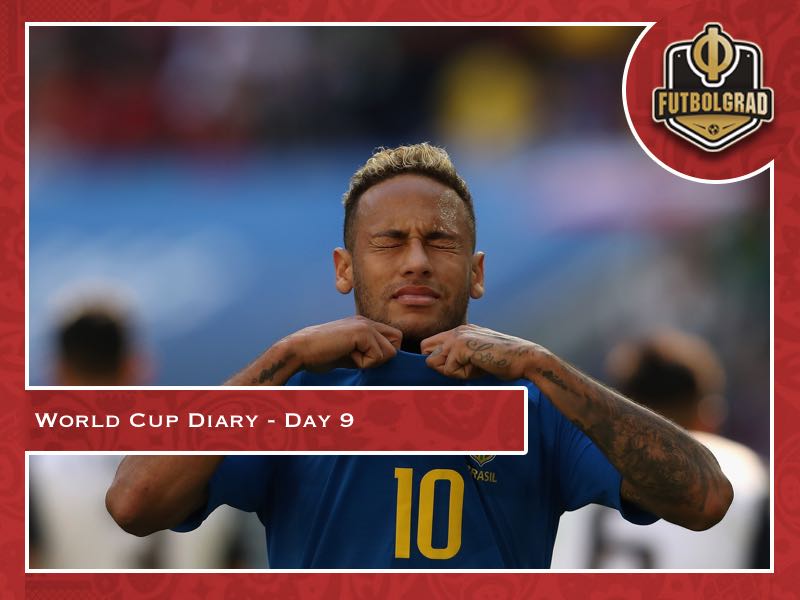 It is 5 am, and I have just arrived from a Mamut journey that took me from Moscow to St. Petersburg, where I watched Brazil take on Costa Rica and then headed straight to the airport to catch a flight to Sochi via Moscow. It has been a long 26 hours with sporadic sleep on either the train or plane.That said there is always enough energy to discuss day 9 of the 2018 FIFA World Cup and Brazil against Costa Rica match, in particular, most specifically Neymar’s tears.

Before we get to Neymar and his tears, however, we have to talk about Costa Rica. Los Ticos put up a defensive school against the Seleção and at the same time also exposed Brazil’s biggest weaknesses on either flank.

Sitting deep Costa Rica enticed Brazil to push forward, allowing Marcelo, on the left, and Fagner, on the right, to push forward. That, in turn, left acres of space on either flank that Costa Rica looked to exploit. But while Costa Rica had the tactical discipline to hold Brazil, they also lacked a player that could convert the few chances that Los Ticos produced throughout the 90 minutes.

Cristian Gamboa had the biggest chance. The right winger had an easy time shaking off Marcelo and then passed the ball to the centre, where the ball found Celso Borges. His shot in the 13th minute, however, just missed the far post of Alisson’s goal.

In hindsight, we can only guess what would have happened had Borges put away that chance. Instead Costa Rica had to hold out on the draw, and they appeared to have gotten it until Brazil broke the deadlock in the 90th minute with Philippe Coutinho scoring. Costa Rica were crushed, and in the 97th minute, Neymar added Brazil’s second, which gets us to the other big story of the day.

That is right Neymar broke down in tears following the final whistle. The Brazil forward suffered a foot injury in February that threatened to take him out of the World Cup.

Then in practice, he seemed to have once again struggled with his foot in the days leading up to matchday 2. The Futbolgrad Network learned that there was a very good chance that Neymar could have missed this match. Ultimately, both Neymar and the team doctors made the decision that he could play.

But his play seemed off throughout the game. Struggling with his first touch and passing Neymar did not appear to be himself. Added to the injury worries were reports from back home that many Brazilians see Neymar antics critical demanding more from their superstar. Under pressure of having to deliver a sixth World Cup Neymar’s tears are understandable. On the other hand, speaking to some Brazilians at the tournament some believe that it is merely a sympathy act. We won’t know for sure, but one thing is sure Neymar’s tears have gone around the world.

Brazil against Costa Rica was, however, not the only game on day 9. Nigeria, coming off a terrible defeat to Croatia, were under pressure against Iceland on matchday 2. 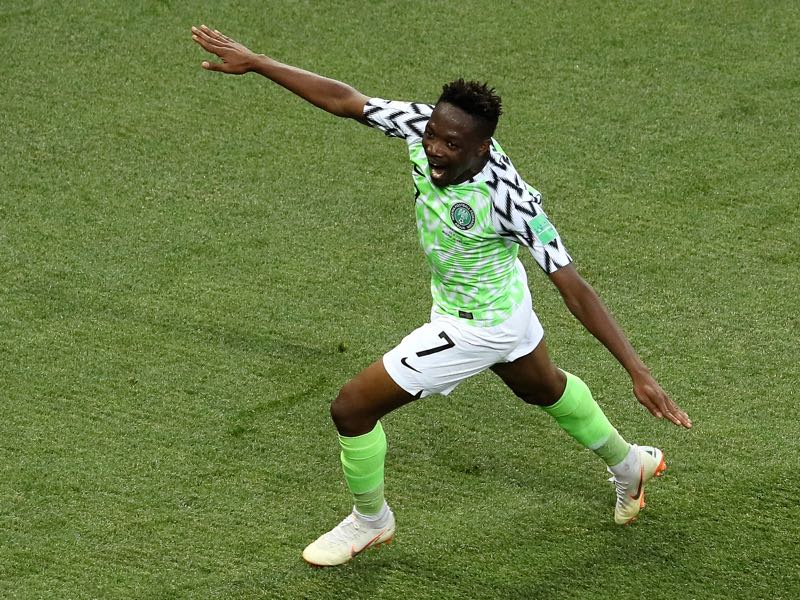 Ahmed Musa will be looking for a new club (Photo by Kevin C. Cox/Getty Images)

The Super Eagles needed three points and delivered and Ahmed Musa, in particular, stood out. Musa played for CSKA Moscow from 2012 to 2016 before joining Leicester City. Musa, however, never made an impact in England and was sent on loan to CSKA in January.

There the Nigerian striker was a major reason for CSKA finishing second. The striker has now carried his excellent form to the World Cup scoring two fabulous goals against Iceland, which means Nigeria are back in the tournament. As for Musa’s future, CSKA have already announced that they will not by back 25-year-old forward, which means Musa will likely be available on a transfer this summer.

From Musa to the final match of the day. Serbia against Switzerland is not a natural rivalry. But the Swiss Nati have several players with a migration background in their squad, including Kosovo-Albanians Xherdan Shaqiri and Granit Xhaka. 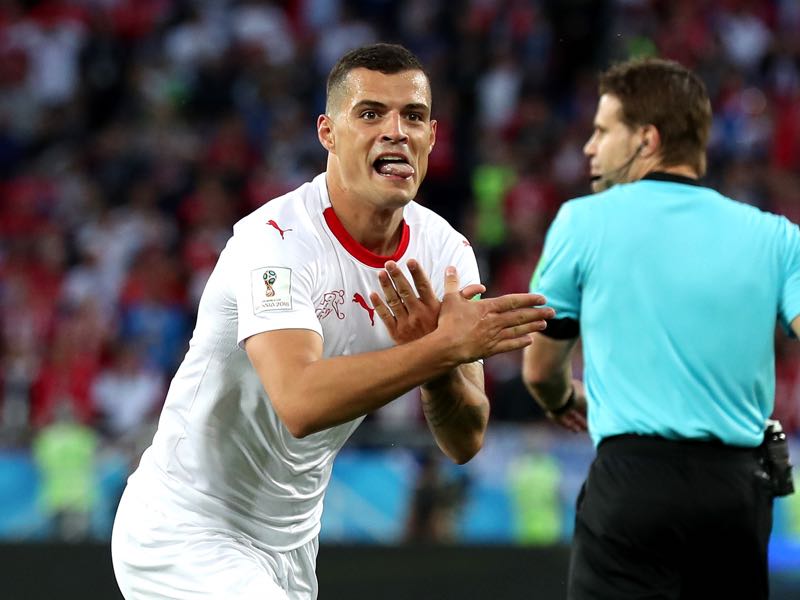 Hence, there was some concern that the old Serbia-Kosovo-Albania conflict could spill onto the playing field once again. Serbia scored the opener and held Switzerland until the 55th minute when Granit Xhaka equalised. Then with just a few moments to go Xherdan Shaqiri would produce the winner.

It couldn’t have been scripted better, or worse, in the light of the Serbia-Kosovo conflict. To add fuel to the fire Xhaka celebrated his goal with the controversial double-eagle hand gesture, which is a sign of Albanian-nationalism. Expect watered down FIFA statements condemning the mixing of football and politics and a fine against Xhaka that will likely do little to nothing to defuse the situation.

Well, that is it from an early morning here in Sochi. Germany will be on later today. But until then privet!