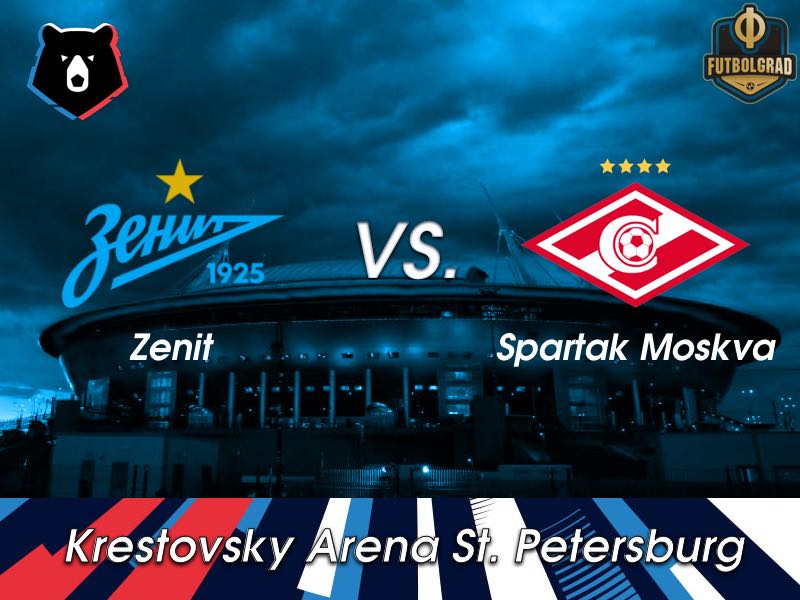 Zenit want to dominate a weakened Spartak Moscow side

Zenit have once against started a season convincingly. The four times Russian champions won all five of their league games to start the season with a perfect record under new head coach Sergey Semak.

Signed from Ufa Semak is a former Zenit player. The native of Sychanske, which is located in today’s Ukraine, played 49 games from 2010 to 2013 for the club. A well-liked figure throughout Russian football Semak also played for CSKA Moscow (289 games), FC Moskva and Rubin Kazan before retiring in 2013. He then had various roles at Zenit before leaving the club in 2017 somewhat frustrated that Zenit’s bosses selected Roberto Mancini ahead of him as the new bench boss last season.

Like Semak this season Mancini got off to a flying start last year. But soon the Italian had divided the dressing room, and Zenit were crashing down the table ending the season in fifth-place, which meant that the club not only missed out on Champions League qualification but also had to play two rounds of qualifiers to reach the group stage of the Europa League.

In those qualifiers, Semak, however, showed that he could withstand the pressure of coaching a big club. Putting out a largely experimental squad in the first leg of the third round of Europa League qualifiers against Dinamo Minsk Zenit were dismantled 4-0. An early exit from Europe was looming, and the first doubts appeared on whether Semak was the right coach. But Zenit overturned the result in spectacular fashion winning 8-1 at home after extra-time to go through to the playoffs where they ended up dispatching Norwegian side Molde FK in another close two-legged tie (4-3 on aggregate).

The Europa League ties may have been tight, but the performances in the Russian Premier Liga have been impressive. Zenit have scored ten goals in the first five games and conceded just once, all of this with a squad that did not see a single incoming transfer. Instead, Semak has re-integrated the likes of Robert Mak, Artem Dzyuba, Oleg Shatov, Luís Neto and Hernani, who were all sent out on loan by Mancini last year, into the squad.

The integration of key players has been one of the biggest parts in Semak’s early role at the club and has gone a long way in rebuilding rifts created in the dressing room. Furthermore, selling players, without bringing in new signings, has helped Zenit to overcome some potential issues with UEFA Financial Fair Play as the club has now missed out on the last two Champions League seasons.

They were then drawn against Greek Super League runner-ups PAOK. After a 3-2 defeat in Greece, after a 2-0 lead and Quincy Promes missing a penalty, Spartak did not manage to score at home and will now have to do with Europa League group stage football instead.

It was a result of far-reaching consequences. Without the prospect of Champions League football star forward, Promes decided it was now time to leave the club. Spartak, therefore, had to accept a €21 million deadline day transfer offer from Sevilla, which meant that the club had to let their biggest star go without being able to sign a replacement.

Promes was not only the club’s top scorer last season but also led the entire league in goals (15) and assists (seven). Overall, the Dutch winger has scored 59 goals and 29 assists in 115 RPL games for Spartak and, as a result, will leave a gigantic hole up front for the club.

Filling the void left by Promes will be the biggest obstacle for Massimo Carrera going into Sunday’s match. Two points behind Zenit, Spartak have started well into the season winning four and drawing one – 0-0 against city rivals Lokomotiv on matchday 2.

Those results, however, were achieved with Promes in the side. The winger may have scored just one goal in the first five matches, but his presence freed up space for others and allowed Spartak to stretch defensive lines. That will no longer be an option as they face their biggest rivals for the title on Sunday.

It might be still a bit early to call this particular game a title decider. Zenit won this match 5-1 on matchday 4 last season and still ended up finishing behind Spartak in the overall standings. But at the same time a statement performance by Zenit, which is likely, will go a long way of setting the tone for the rest of the season.

Zenit vs Spartak Moscow – Players to look out for:

Artem Dzyuba has grown up in the last eight months. With his Zenit career seemingly over in January, the tall striker became the leading man while on loan at Arsenal Tula. Scoring six goals in ten games for the club he managed to jump on the World Cup train for Russia. Once there he also dethroned Fedor Smolov as the number one striker becoming a true World Cup star. Now back at Zenit Dzyuba has re-established himself as the club’s number one striker and was one of the main reasons in Zenit’s amazing turn-around victory against Dinamo Minsk.

Who will replace Quincy Promes? With the transfer window closed Spartak will have to look internally for a replacement for the Dutch left-winger. One option could be Paraguayan international Lorenzo Melgarejo. The 28-year-old was used as a left-back by Carrera in Spartak’s 2-1 victory against Dinamo Moscow on matchday 5. Playing well the winger scored the winner in the 14′ minute and highlighted that he could be a fantastic option on the wing. With Promes gone expect Melgarejo to be pushed up the field where he has now the chance to show that he can become a long-term replacement for Promes. 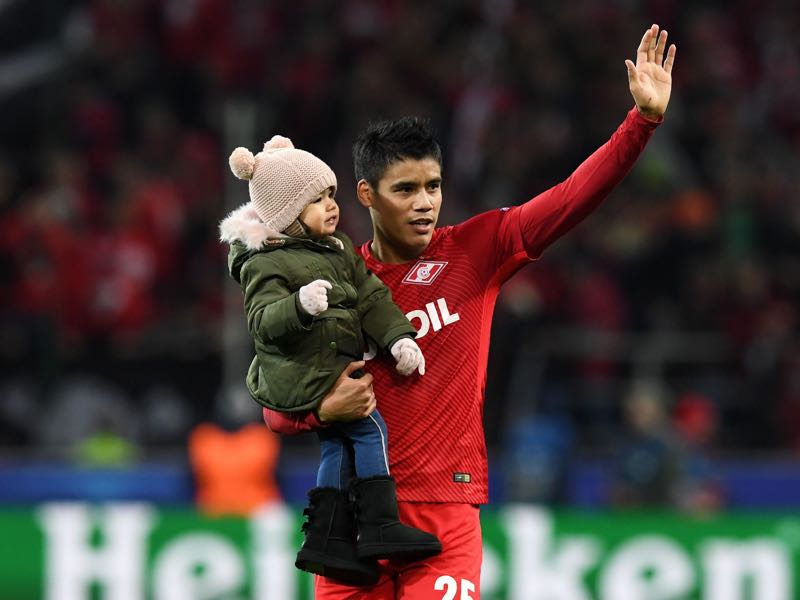