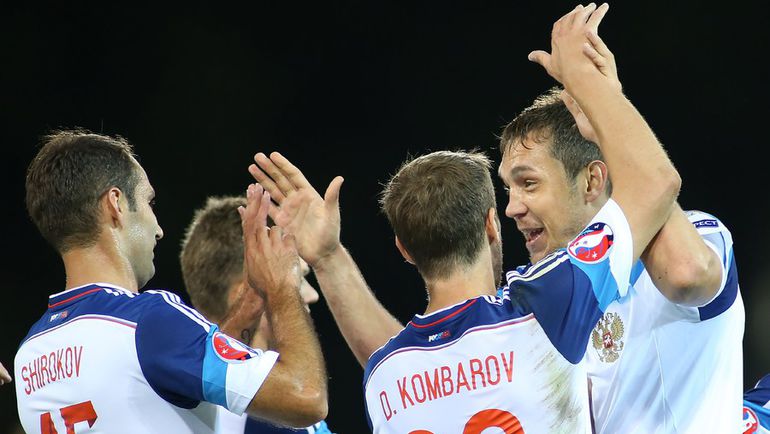 Commentary – Tracking the Legionnaires of the Russian Premier League

The table in this article shows the average number of players that start games for each club that are eligible for the Russian national side. Players with Russian passports who’ve played in official matches for other countries are not included—they are considered legionnaires. 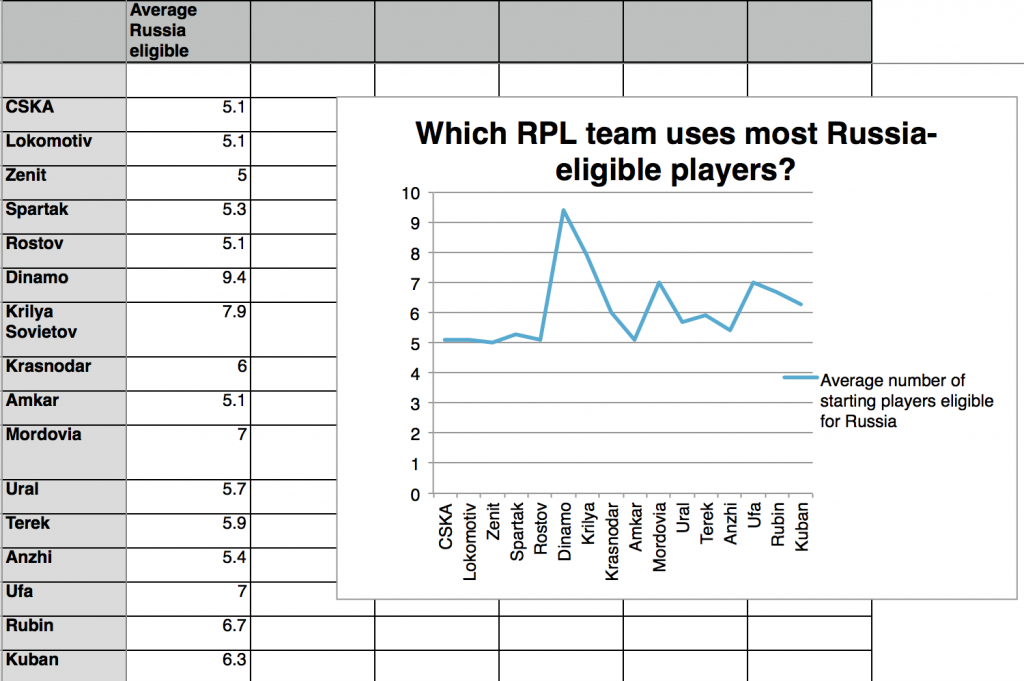 According to league rules, teams must have a minimum of five Russia-eligible players (from here on referred to as Russian players) on the pitch at any one time. Here the clubs appear in league table order as at the end of the seventh round of matches.

It is no surprise that the clubs closest to the top of the table are the ones using the minimum number of Russians—CSKA, Lokomotiv, Zenit and Spartak are the clubs with the biggest budgets with which to attract foreign players. They are also clubs with histories of scouting and attracting top quality overseas talent—at various times in the past Vagner Love, Jakob Lekgetho, Radek Sirl and Nemanja Vidić have been brought to Russia and have played leading roles for each of these clubs. But also using the bare minimum number of Russians in most games is Amkar Perm, a perennial mid-table club that has had financial problems in recent years.

One first-team player, Russian-born defender Brian Idowu, has Nigerian roots and would become a legionnaire were he to play an official game for the Super Eagles.

In a similar situation are FC Krasnodar, who have used an average of six Russians. Goalkeeper Andriy Dykan is a Ukrainian international. All of his appearances for his national side, however, have been in friendly matches, and as he has Russian citizenship, he is still eligible for the Russian national team (until a player is involved in a competetive match for either country, they can, in theory, swap countries). At present, it seems unlikely that either Idowu or Dykan will become legionnaires, but with both clubs using low numbers of Russian players it would it would be a serious blow if the status of either were to change.

The bottom four clubs use an average of 1.4 more Russian players per match than the top four clubs—though at 6.4 this is still only a little over half their starting line-up. The two clubs using the most Russian players are newly promoted Krilya Sovietov (7.9 per game) and Dynamo Moscow (9.4). Krilya are currently punching above their weight with Belgian coach Franky Vercauteren who, unlike André Villas-Boas, is not a foreign manager who moans about foreign player limits. Dynamo’s first team is one that has changed considerably since last season, driven largely by a UEFA Financial Fair Play penalty. A big budget cut has seen almost all the most expensive overseas signings leave the club in a hurry, but this doesn’t seem to have made a huge difference to league form. Dynamo finished in fourth place last season and are currently sixth with their atypically Russian first team.

Overall, most clubs use close to the minimum number of Russian players—nine out of sixteen sides average fewer than six per game. It seems likely that, in the future, there will be even tougher restrictions imposed. On September 1st Russian Football Union President Vitaliy Mutko met with President Vladimir Putin, who described the recent reduction of foreign players in first teams (from seven to six) as “a small restriction” and said that things need to be tougher. Limits will almost certainly be even lower for next season, and, reading between the lines, this future change may be for more than one fewer non-Russian player. A formula of 7 Russians plus 4 non-Russians would impact all but four of the current top-flight sides. But it may also, with a home World Cup approaching, give the national team manager a bigger pool of talent with which to work.